Latin mammilla—nipple; referring to the nipple-like protuberances on the bodies of most species.

Low-growing, solitary or clustering or occasionally dichotomising cacti without ribs, some with milky or watery sap. Tubercles without grooves on the upper surface (cf. Coryphantha), and forming distinctive spiralling rows crossing over each other, and often with woolly or bristly axils. Areoles with radial and central spines, typically distinct and the latter sometimes hooked. Flowers borne in axils of tubercles, often arranged in a ring around the crown of the body, typically small, less than 2 cm long, occasionally up to 5 cm, funnel-shaped pinkish, reddish, yellowish or white, lacking hair or scales externally. Fruit club-shaped or cylindrical, reddish, indehiscent, berry-like. Seeds brown to black, usually tuberculate.

A large and popular genus with many disputed names; only the major cultivated species are considered here, other species many be encountered in specialist collections.

After Opuntia, Mammillaria includes the largest number of species within any genus in the Cactaceae and numerous local forms add to taxonomic complexity. Hunt (1981) divides Mammillaria into 6 subgenera (Subg. Oehmea is excluded from the descriptions) and 14 sections within the subgenus Mammillaria. The key is complex but allows allocation of plants to broad groupings, ascribing material to a subgenus and, within subgenus Mammillaria, to a section. However, the descriptions must be consulted to distinguish individual species. As less than half of the species of Mammillaria are described below, and illustrations provide the most convenient method of identification, the references cited should be referred to as well as the information given here. Cullman et al. (1987) is particularly useful as it includes a key to both flowering and non-flowering plants.

Body covered with prominent tubercles that are not grooved on the upper surface cf. Coryphantha.

About 150 species mainly from Mexico but a few in SW USA and the West Indies, C and S America. 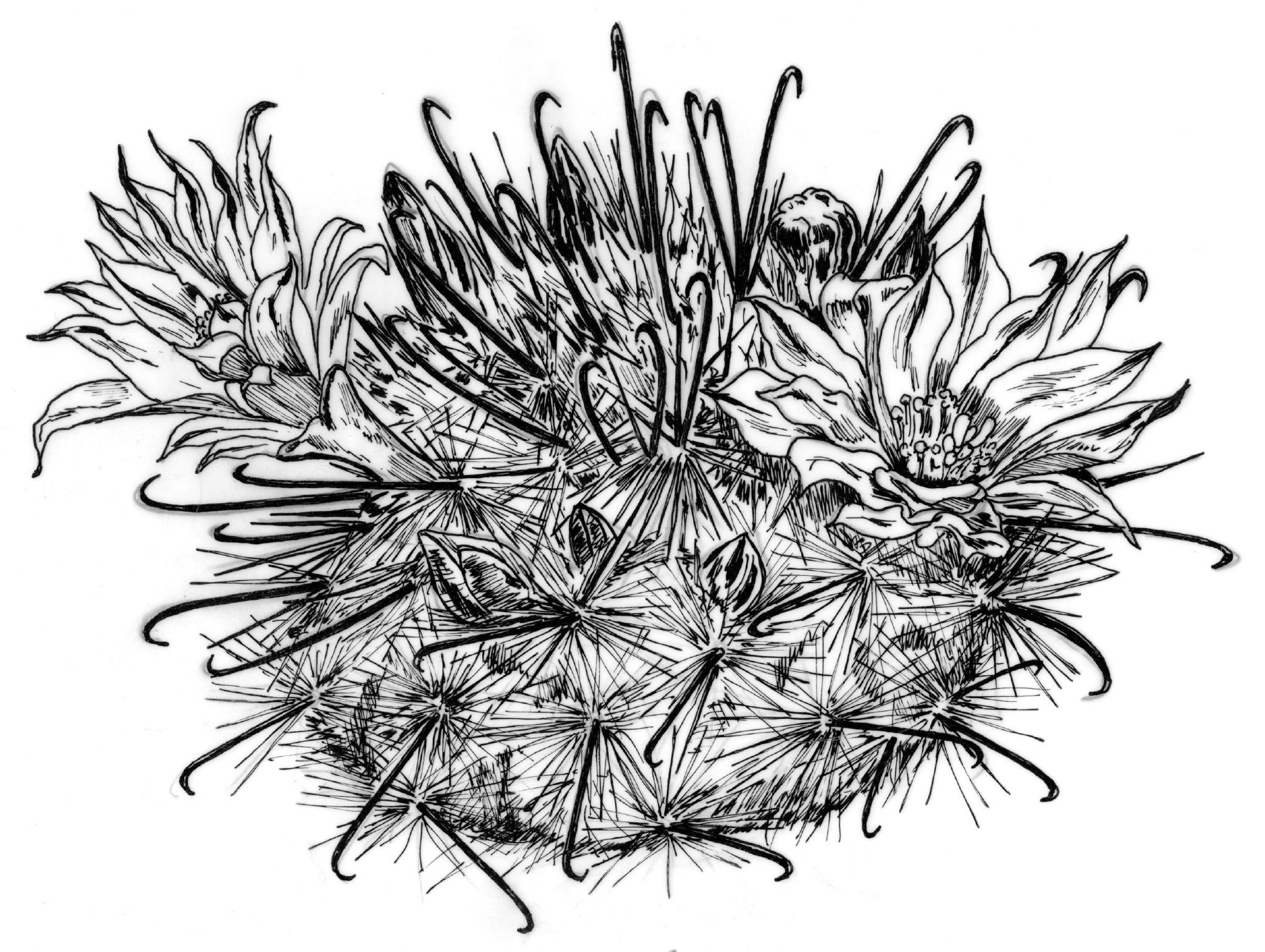