Annual and perennial herbs, shrubs or rarely trees, erect or twining, sometimes aromatic or with milky sap. Leaves alternate or opposite, often in a basal rosette, entire to variously divided; stipules absent. Flower heads (capitula) solitary, in groups or sometimes in compound heads, each consisting of numerous small flowers (florets), developing from the outside in and surrounded at the base by numerous bracts (the involucre) superficially similar to a calyx. Capitula are of 3 kinds: radiate if the outer florets have the petals fused into a flattened strap of some kind (often called a ligule); diskiform if there are at least 2 distinct types of florets present, neither of which has a ligule; and diskoid if all the florets are similar but none has a ligule. Florets stalkless, sometimes with a scale at the base, unisexual, bisexual or sterile, rarely in unisexual capitula, arranged on an expanded disk (receptacle) at the top of the stalk. In radiate capitula, outer florets are often called ray florets and are usually bisexual or female; inner florets are often called disk florets and are usually bisexual. In diskiform and diskoid capitula, outer florets are usually female and inner florets usually bisexual. Calyx absent or modified into a pappus. Corolla fused at the base into a tube, deeply or shallowly 3-5-lobed at apex and of 2 basic forms, regular and irregular. Regular corollas are usually arranged centrally in the capitulum and may be funnel-shaped (tubular) or narrowly cylindrical (filiform). Irregular corollas are usually around the edge of the capitulum and may be 2-lipped or 1-lipped and often have a ligule. The corolla is sometimes absent. Stamens as many as the lobes of the corolla, alternating with them and attached within the corolla tube; anthers linear and usually joined together, often with apical and basal appendages. Ovary inferior, with 1 chamber and ovule attached at the base. Style with 2 long or short branches in fertile florets, unbranched in sterile florets; stigma may be an area covering the whole inner surface of style branches or be in 2 distinct lines along margins of style branches. In the latter case a sterile terminal appendage is sometimes present on each style branch. Fruit dry, single-seeded and indehiscent (achene or cypsela), often with a persistent pappus; pappus often of long barbed or feathery bristles, sometimes of scales, sometimes reduced to a rough cup or crown or absent.

Perhaps the largest flowering plant family, containing many genera prized in horticulture for their ornamental flowers (including members of the genera Aster, Chrysanthemum, Dahlia, Helichrysum, Senecio, Zinnia, etc). The old family name, Compositae, refers the composite flower heads, which look like a single flower but consist of numerous small flowers clustered together.

Many species spread rapidly by seed and for that reason the family has produced many environmental weeds.

The family includes a number of commercial vegetables, including members of the genera Cichorium (Chicory), Cynara (Cardoon and Artichoke), Helianthus (Sunflower - seeds, oil and tubers), Lactuca (Lettuce) and Tragopogon (Salsify). Carthamus, among others, is a source of oil and dye; Mutisia and Stokesia sources of timber; Tanacetum the source of the insecticide pyrethrins and other members of the fragrant Anthemidae sources of other repellants and flavourings. Many species are sources of medicinal compounds.

Composite flower heads that look like a single flower but consist of numerous small flowers clustered together.

About 1500 genera of 23 000 species (about 200 genera and 1000 species native to Australia) with the greatest diversity in montane tropical and subtropical areas.

This account follows the classification used in Bremer (1994), and draws heavily upon that work, particularly in the formulation of the generic key and the generic descriptions.

The daisies are a difficult group for identification, as differences between genera and species often depend on characters that can only be seen using a microscope or hand lens; the many double-flowered and unusually coloured cultivars in horticulture further complicate identification. A number of terms have been coined to describe various features of the Asteraceae, and these need to be understood by reading the family description carefully and studying the accompanying line drawings.

Key to the genera of Asteraceae 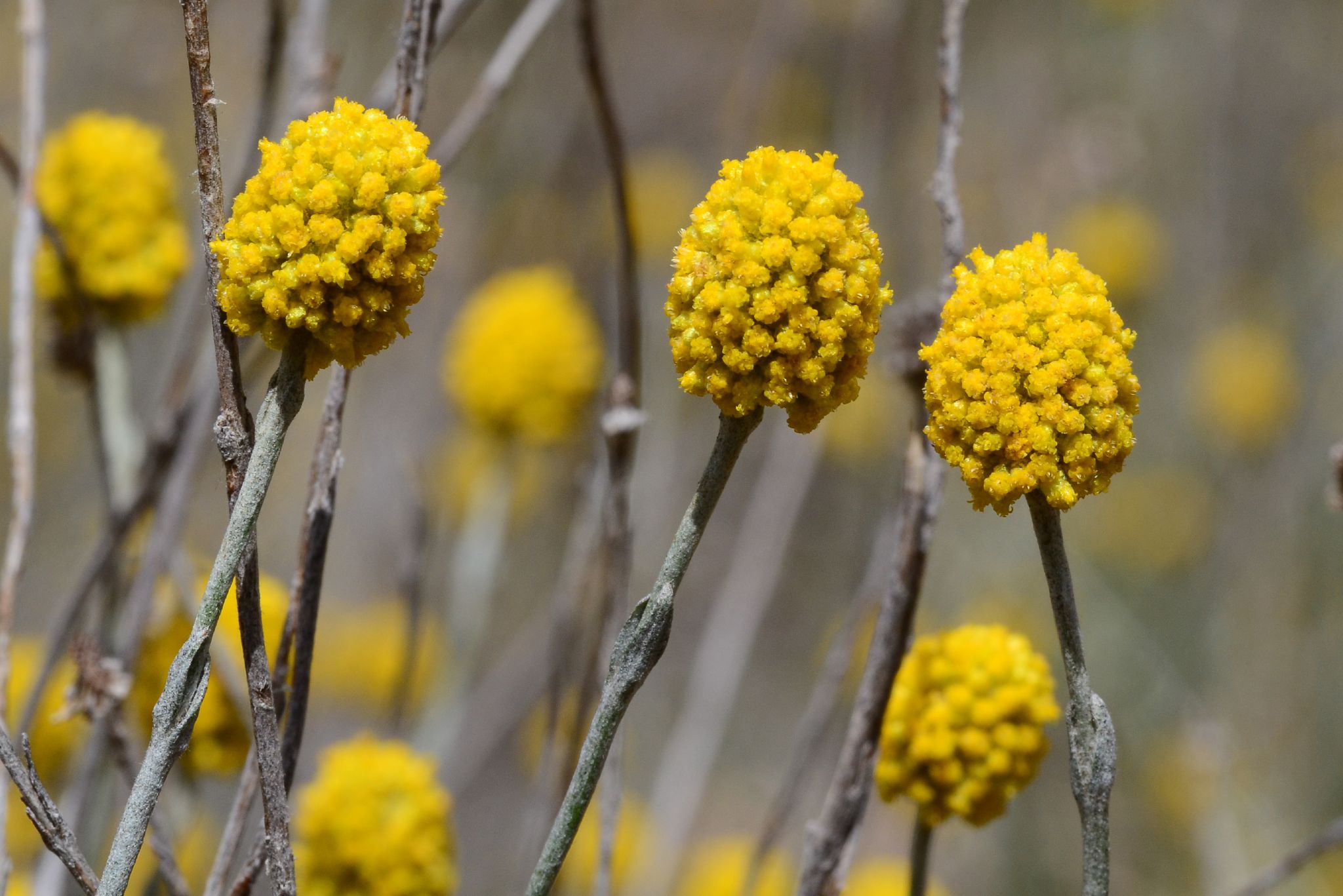