Greek and Latin artemisia — the classical name of several species of daisy; either named after the goddess Artemis or Queen Artemisia of Caria.

Five species have become weeds in Australia, usually in moist disturbed areas. Several species are occasionally grown in gardens as ornamentals or for their aromatic foliage.

The following species are erect rhizomatous shrubs: A. schmidtiana Maxim. from Japan, which has palmately divided leaves, capitula in pyramidal panicles and yellow florets, and is generally grown as the prostrate cultivar 'Nana'; and A. stelleriana Besser., Beach Wormwood, from China, which has pinnately divided leaves, capitula in narrow racemes or panicles and yellow florets.

Many small capitula in panicles or racemes; divided aromatic leaves.

About 390 species mostly from the northern hemisphere but also a few species in S America and southern Africa.

Key to the species of Artemisia 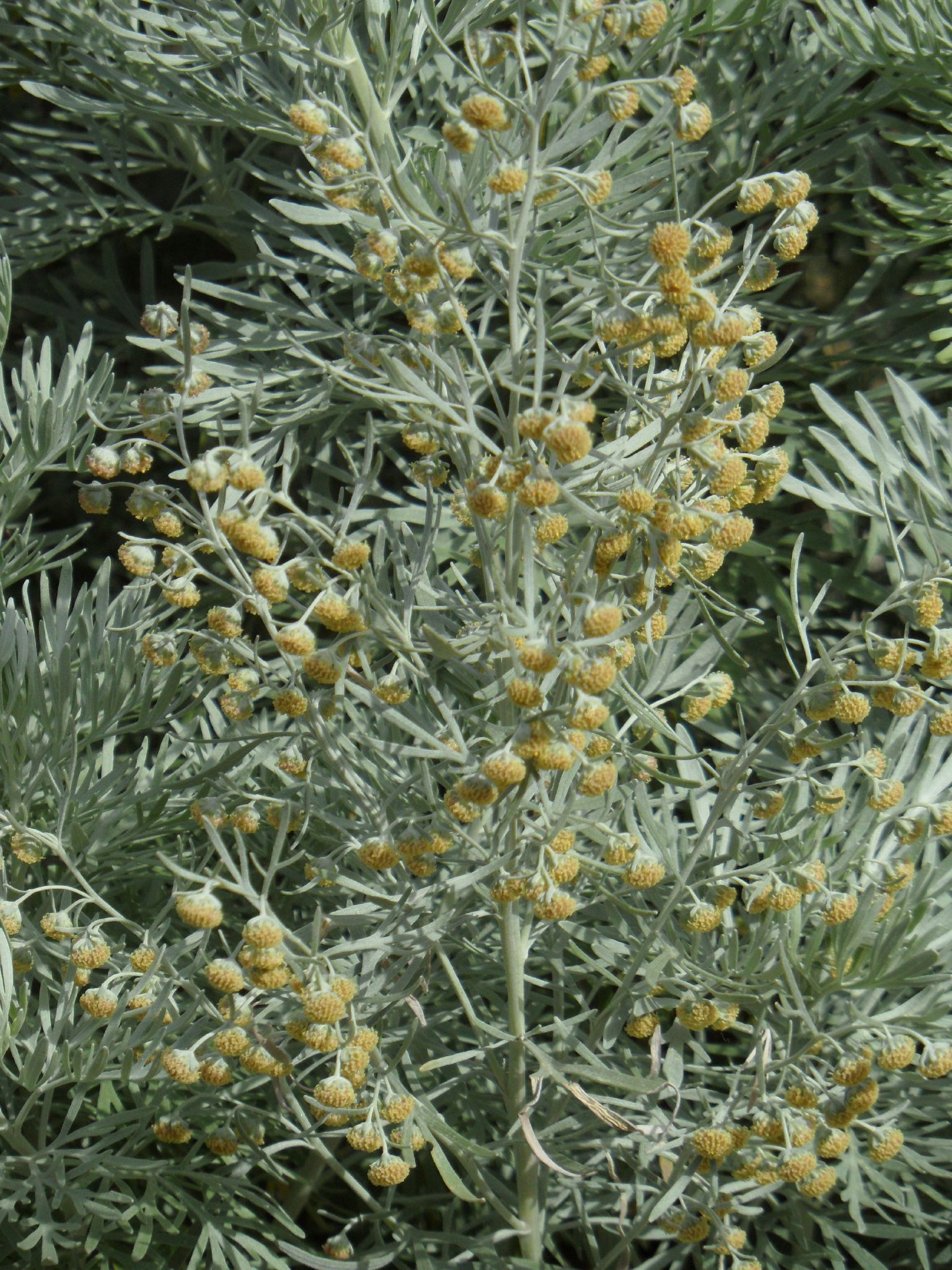 It originated c.1978 as a plant raised and distributed by Mr A.J. Hancock as a presumed hybrid between A. absinthium and A. arborescens.