The following yellow- or orange-flowered species are occasionally found in cultivation: C. macrocephala Willd. from the Caucasus, an erect perennial herb to 1 m tall with broad entire or toothed leaves, large capitula (to 8 cm across) and orange-yellow florets; and C. rupestris L. from S Europe, an erect perennial herb to 70 cm tall with once or twice divided leaves, smallish capitula (to 2.5 cm across) and pale yellow to orange florets.

Involucral bracts with a comb-like or spiny terminal appendage.

About 500 species, mostly from Europe, N and E Africa and Asia, with a few species in N and S America.

Key to the species of Centaurea 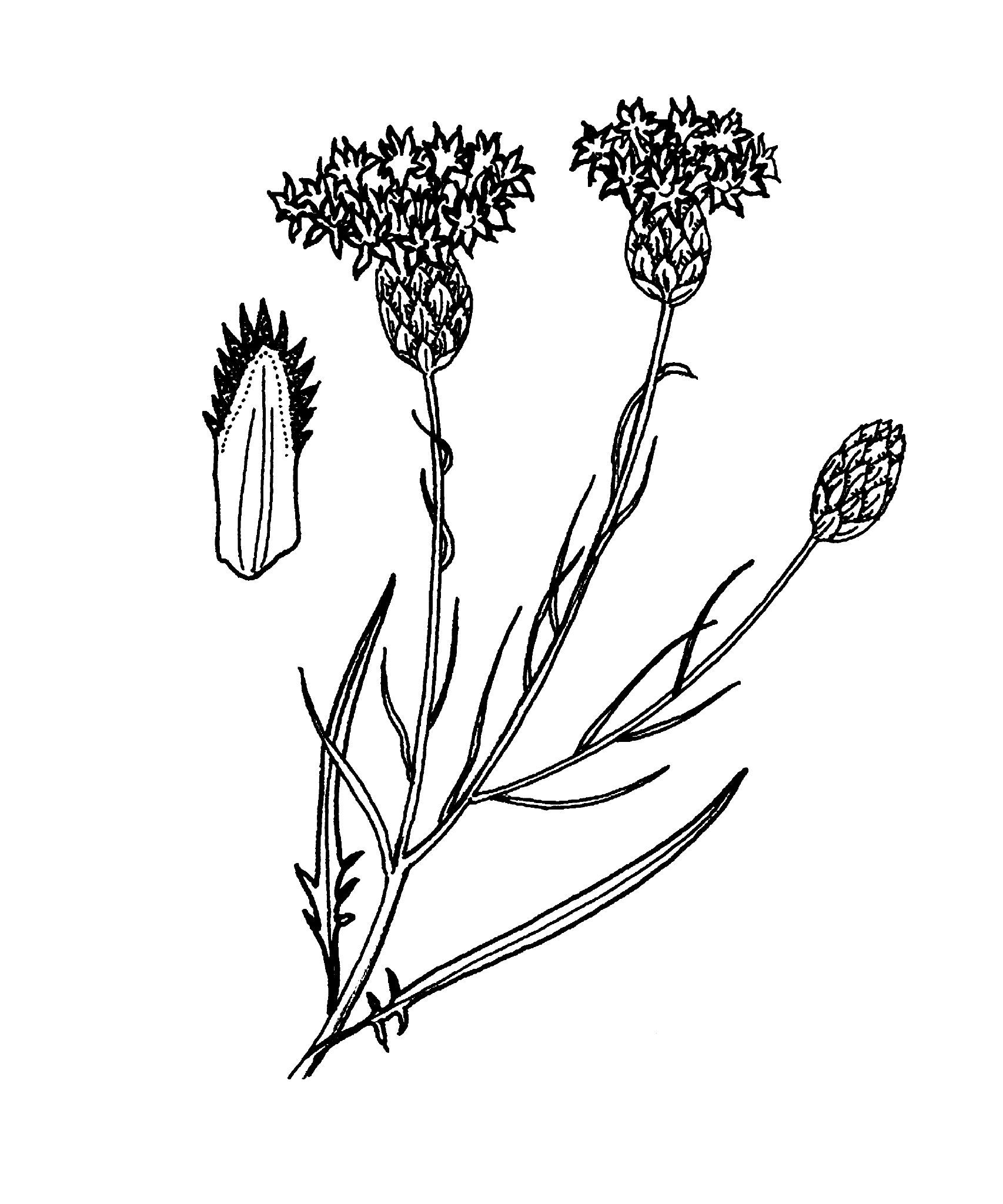