Prunus is the ancient Latin name for the European Plum.

Deciduous or evergreen shrubs or trees. Bark usually rough and grey but can be very striking as in p. serrula, with its shiny reddish brown bark, or p. maackii, which has smooth brown bark peeling like a Silver Birch. Leaves simple, alternate, often toothed. Some cultivars have reddish purple leaves, and some deciduous species colour well in the autumn. Flowers regular, solitary or in inflorescences, mostly racemes, umbels or corymbs. Flowers bisexual, with 5 sepals and usually 5 petals although semi-double or double cultivars exist. Petals range from white through cream to pink, and red. Stamens many, inserted with the petals on the calyx tube. Ovary a single carpel with 2 ovules. Fruit a drupe with a fleshy outer layer usually surrounding a single seed (the stone).

Prunus contains a number of economically important fruit crops such as apricot, peach, nectarine, plum, cherry and almonds. Also important are the ornamental taxa such as the long-cultivated Japanese Flowering Cherries. Many species and cultivars are spectacular in flower, often being the highlight of winter and spring gardens in SE Australia. A number of species and cultivars were among the earliest introductions into Australia and were in Victorian nursery catalogues from 1855. The timber of some species, for example P. serotina, is prized by cabinet-makers. P. spinosa L., Blackthorn (Sloe), has a wide range of medicinal and other uses and is occasionally listed (see Nicholson, 1999).

Shrubs or trees; leaves simple, and alternate; flowers with 5 sepals and petals and many stamens; stamens and petals inserted on the hypanthium; fruit a drupe.

Key to the species of Prunus 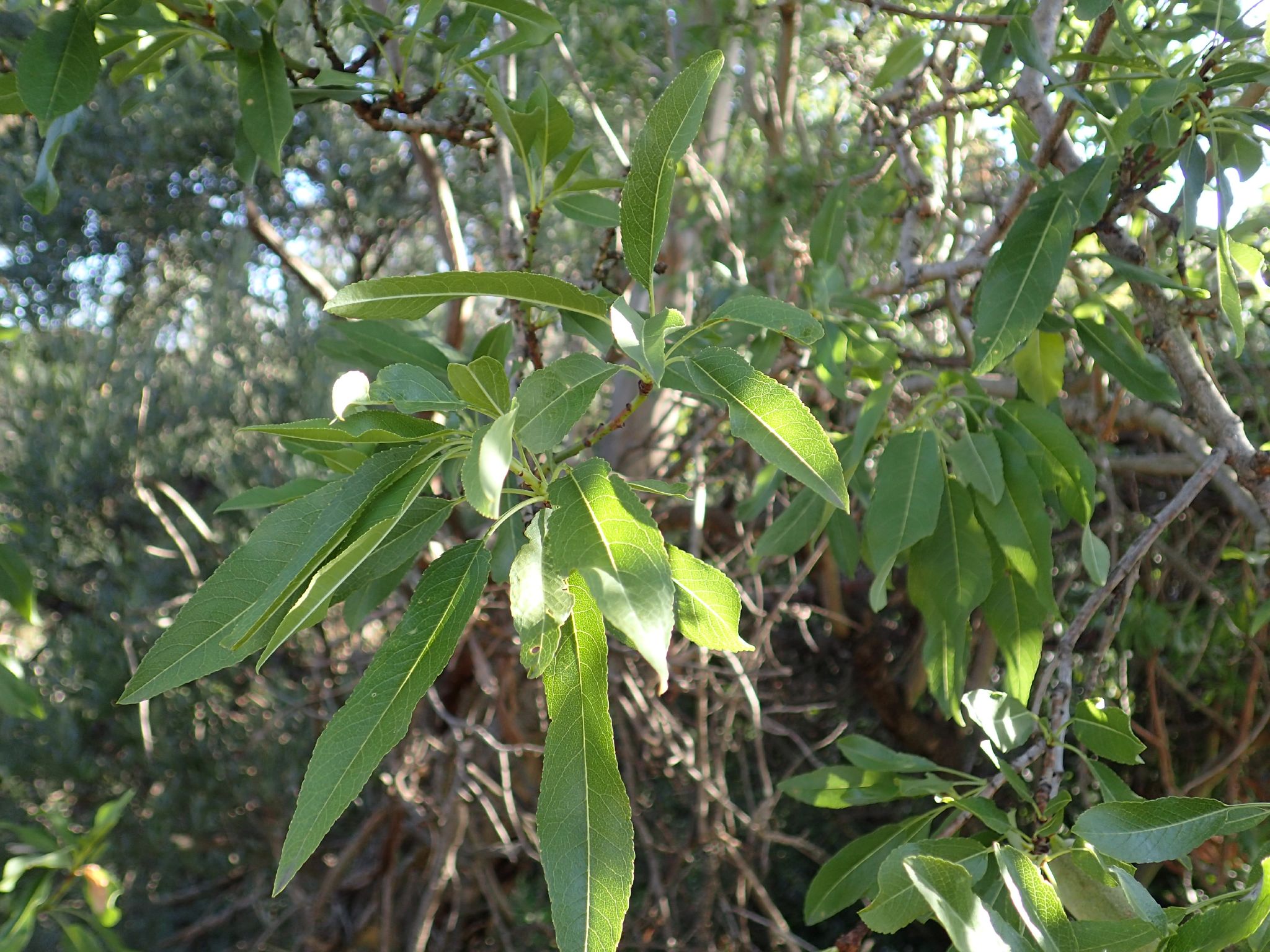 A very popular flowering tree with many cultivars available.