Annual to perennial mostly evergreen herbs, vines, shrubs or trees, sometimes succulent and cactus-like; latex clear or white, usually glabrous; sap usually a milky or sometimes watery latex, often poisonous and sometimes a skin-irritant. Leaves usually opposite, rarely alternate, whorled, reduced or absent, simple, entire, sometimes glandular near base of lamina; stipules absent or reduced, colleters (i.e. multicellular hair that produces a sticky mucilaginous or resinous secretion) usually present at base of petiole. Inflorescence terminal or extra-axillary, cymose, thyrsoid or paniculiform, reduced to 1 or 2 flowers (e.g. in Vinca and Catharanthus). Flowers regular, bisexual; sepals usually 5, free or partly fused, often with basal glands; petals 5, fused into a tube at base, sometimes with a ring of scales in throat. Stamens and styles free or fused to form a gynostemium; stamens 5, inserted on corolla-tube or at base of corolla, alternating with lobes, without appendages or with appendages of 2 kinds, dorsal appendages collectively forming a corona, terminal appendages membranous, appressed to style head, filaments free or fused into a sheath around style and fused to it, anthers 2- or 4-celled, enclosed in corolla-tube or exserted, free, cohering to stigma or fused into a sheath and fused to style head, pollen grains separate or coherent, forming waxy pollinia, pollinia in pairs. Ovary superior or rarely half inferior, carpels 2, free or fused, placentation usually lateral or axile, ovules 2-numerous per carpel; style 1–2, apical portion of style expanded and highly modified, forming a head, secreting viscin, usually latitudinally differentiated into 3 zones (i.e. specialised for pollen deposition, viscin secretion, and pollen reception). Fruit a drupe, capsule, berry or follicle, often paired; seeds usually numerous, often flat and comose with long silky hairs.

The family is well known in horticulture for a wide range of mainly subtropical and tropical climbers and shrubs, including Billygoat Weed (Catharanthus), Oleander (Nerium), Frangipani (Plumeria), Dipladenia (Mandevilla) and Star Jasmine (Trachelospermum).

About 400 genera and 4600 species, almost cosmopolitan but mainly in tropical and subtropical regions; 45 genera and 185 species in Australia.

Macroscopic characters to distinguish many of the genera are sometimes difficult to find, and to use the generic key it may be necessary to have flowers and fruit and a hand lens to examine floral parts.

Some species (all garden plants) have become widespread weeds in Australia, although mainly in extra-temperate areas. Most species are toxic if ingested, but there many that are edible, either raw or with a little preparation. The cultivated species generally have showy and often scented flowers, or interesting succulent stems, and extensive specialist collections may exist for particular genera, particularly Hoya and the succulent stapeliads. Some are important as host plants for Australian butterflies.

Key to the genera of Apocynaceae 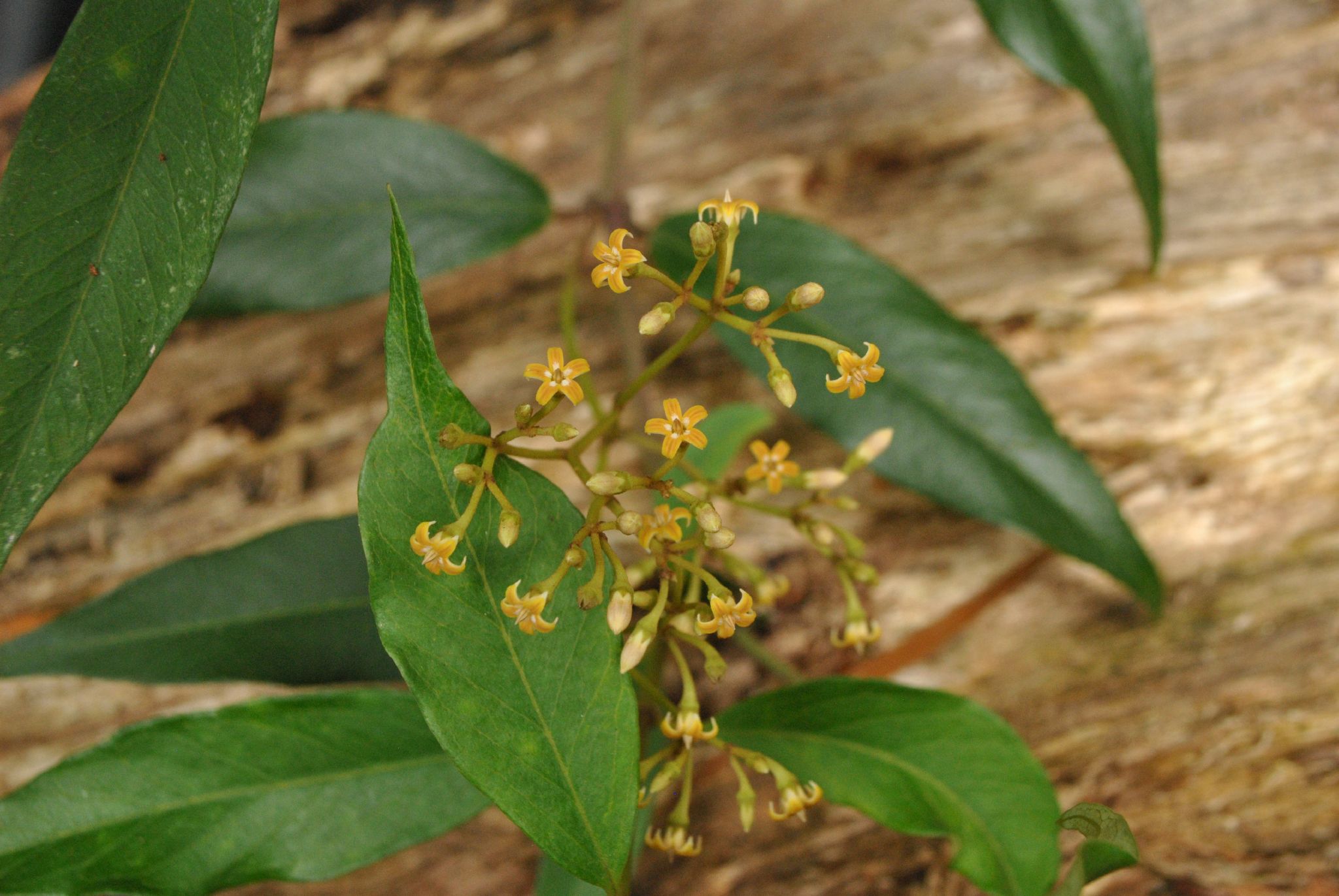