From the Greek strophos — a twisted cord, anthos — a flower, alluding to the spiralled tips to the corolla lobes in some species.

Shrubs or scandent scramblers, deciduous or evergreen; latex white. Stems woody, without spines. Leaves opposite or 3-4-whorled, stalked; blade well developed, without colleters at base. Inflorescence terminal, corymbose. Flowers scented, stalked. Corolla bell-shaped or salver-shaped; tube cylindrical; lobes convolute in bud, overlapping to the right, usually much longer than wide. Corolline corona of paired lobes alternate to corolla lobes. Stamens enclosed, weakly attached at base of expanded upper tube but not sticking to style head. Disk absent. Fruit a pair of follicles. Seeds 1 to many, flattened, not winged, with a beaked tuft of hairs at one end and a small deciduous tuft at the other.

About 50 species in Africa and Asia.

Key to the species of Strophanthus 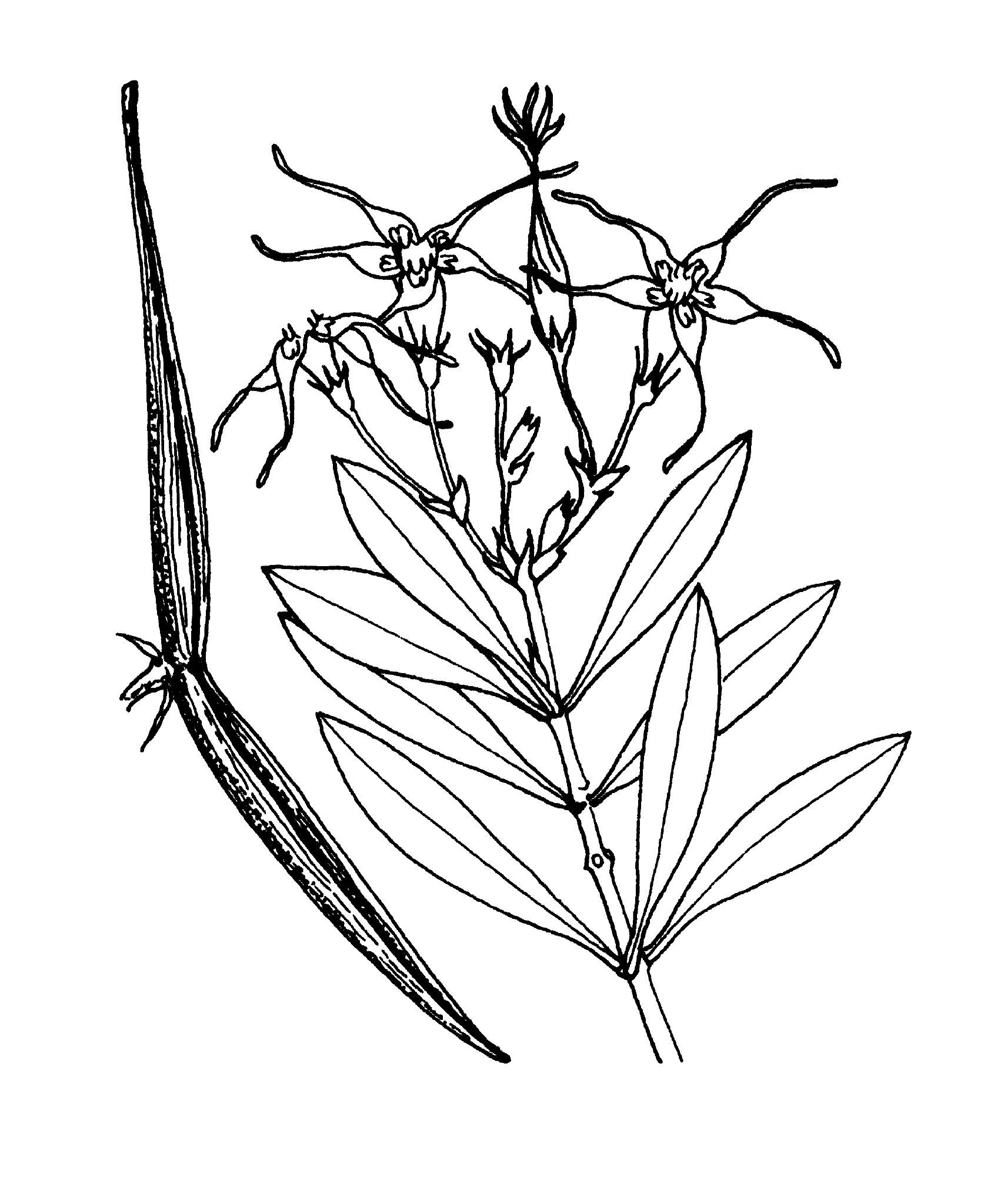