A large family of resinous, evergreen, trees or shrubs with finely divided branchlets generally arranged into terminal units (sprays). The family is well known in horticulture for the cypresses and junipers, both as species and cultivars, and also in Australia for the native cypress-pines, Callitris. Bark fibrous or scaly. Buds without scales. Leaves small, scale-like (rarely needle-like as in some Juniperus), and concealing the stem, usually in opposite, similar pairs but in a few genera in 3s or 4s. Seedlings and young plants generally have linear, spreading leaves and these may sometimes persist in parts of some adult plants e.g. Cupressus, Juniperus. Male and female cones on the same plant (except in some Juniperus and Diselma). Male cones small, cylindrical. Female cones terminal, solitary or in clusters, more or less round, woody and small, rarely more than 3 cm wide; scales c. 3-12, opposite or whorled, either overlapping or joined at the edges (sometimes fusing to become fleshy and berry-like as in Juniperus), each bearing from two to many seeds.

A widespread family of 21 genera and c. 120 species mostly from the Northern Hemisphere growing in diverse habitats from arid to alpine, wetland to tropical montane (4 genera and c. 17 species in Australia).

Leaves mostly small and scale-like in opposite pairs or 3's; cones small (rarely berry-like) with few scales. Similarities between the Taxodiaceae and Cupressaceae are strong and and even though the vegetative characters of the families appear distinct some taxonomic realignments may occur in the future either by uniting the two families or by rearranging the genera within them. The family Cupressaceae divides fairly naturally into northern and southern genera, the two groups being recognised by some authors as the subfamilies Cupressoideae and Callitroideae. Rarely cultivated Southern Hemisphere genera such as Actinostrobus, Austrocedrus, Diselma, Fitzroya, Libocedrus, Neocallitropsis, Pilgerodendron, Papuacedrus and Widdringtonia can be seen at the Mt Lofty Botanic Gardens in Adelaide, Mt Tomah Botanic Gardens in New South Wales and the Otway Ridge Arboretum, Victoria. Tetraclinis articulata (Vahl) Mast. from N Africa and S Spain is a dry country species that has not been tested in Australia but it would need screening for weed potential.

Key to the genera of Cupressaceae 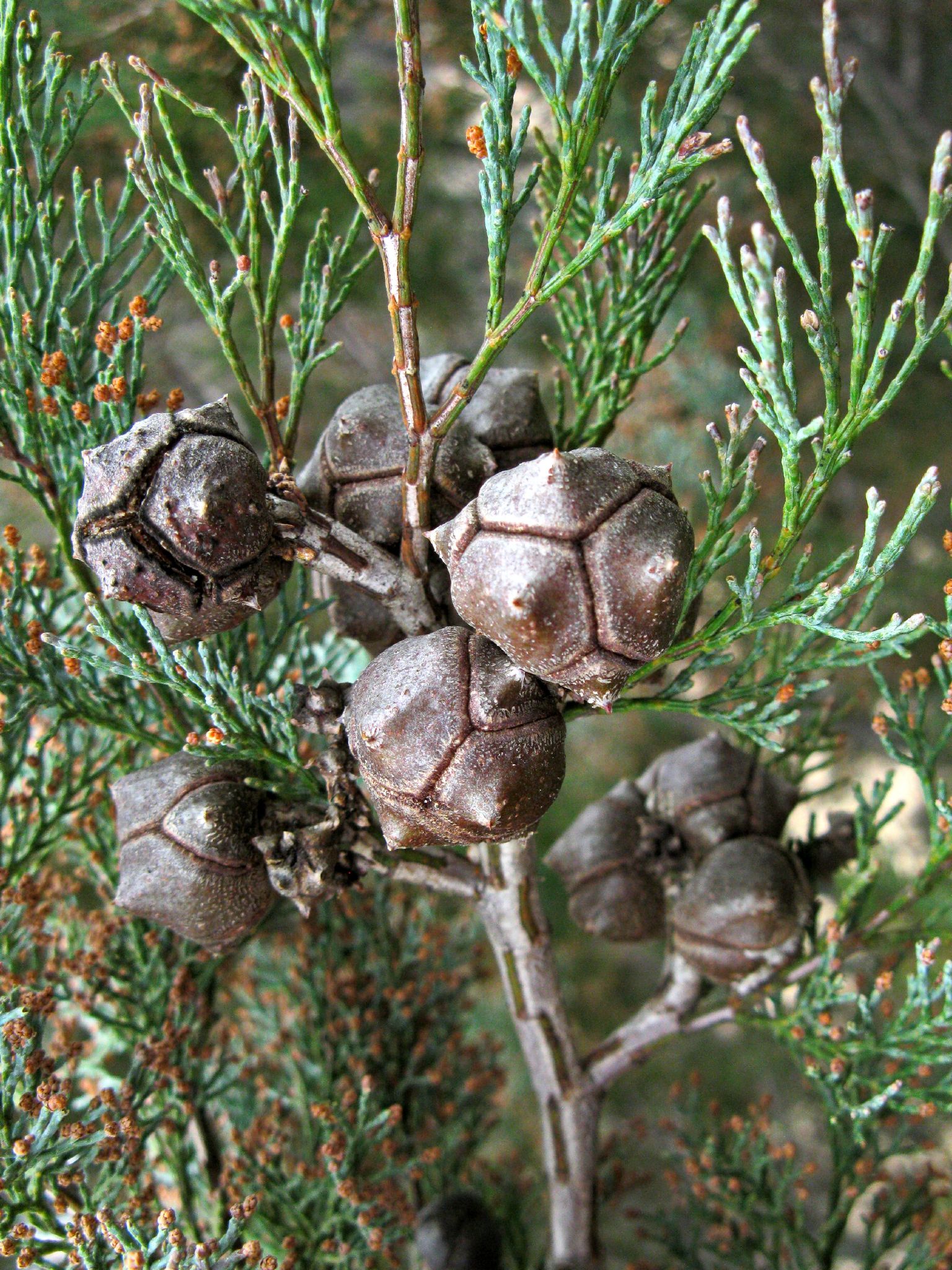