Greek aktis - ray, strobos - cone; referring to the ray-like bracts at the base of the cone.

Evergreen shrubs or occasionally small trees. Leaves when adult, in alternate whorls of 3, extending down the stem at the base and with tips spreading. Cones of both sexes on the same plant. Male cones solitary, terminal. Female cones ovoid-conical with two whorls of bracts at the base; scales 6, joined edge to edge. Seeds 3-winged, 1-2 per scale.

Leaves in 3s, similar to those of Callitris but the cones with similar-sized scales and, at the base, ray-like bracts. 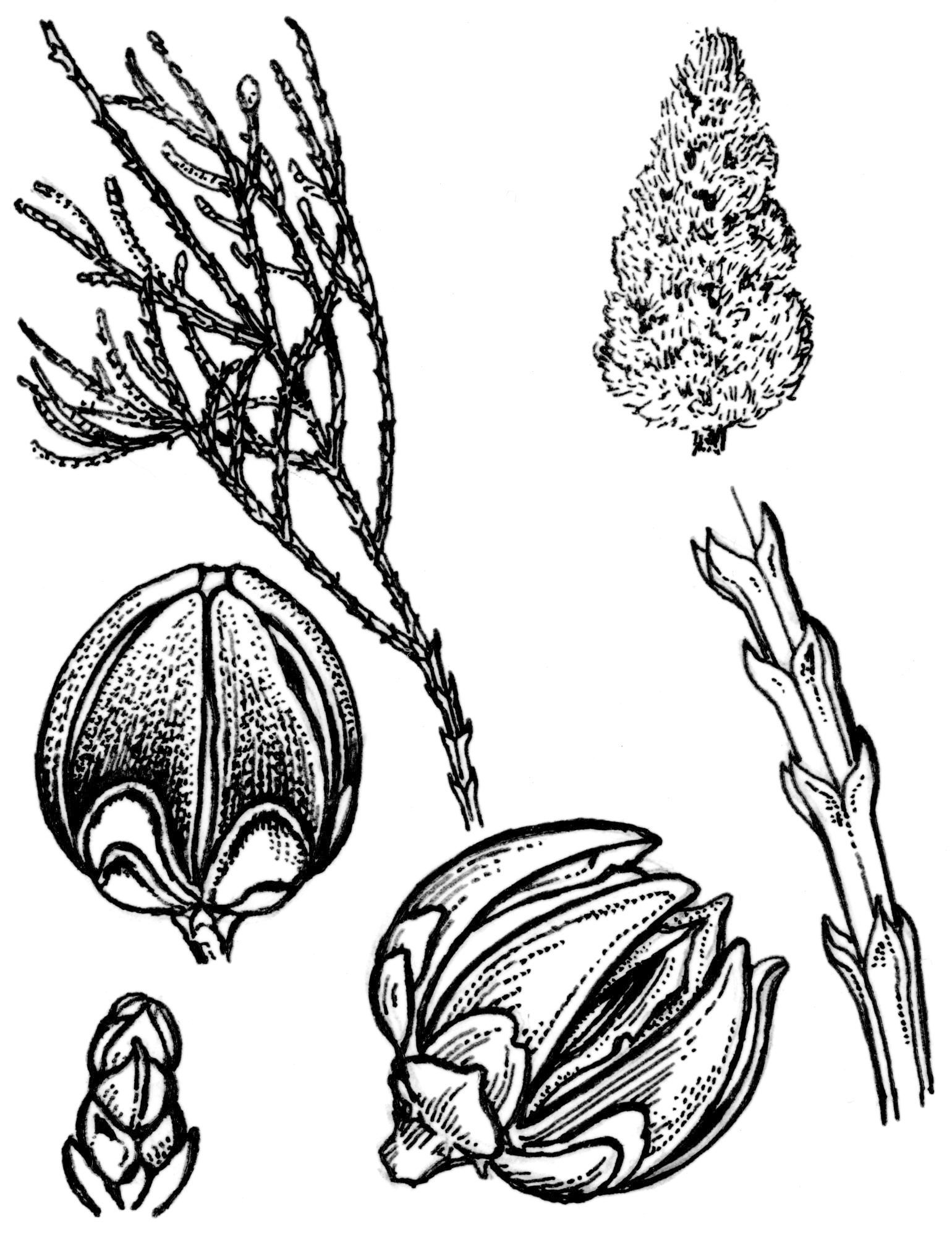