Name probably derived from the Greek kuo - to produce, parisos - symmetry; possibly referring to the formal architecture of the Italian Cypress.

Evergreen resinous trees or occasionally shrubs widely cultivated in public parks and gardens and on country properties as a windbreak. Bark peeling in fibrous shreds or occasionally laminar plates. Branchlets (sprays) dense, finely divided, sometimes arranged in 1 plane, the individual branchlets mostly cylindrical, occasionally square in section. Juvenile leaves spreading and needle-like. Mature leaves scale-like, in opposite identical pairs arranged at right angles to each other, closely pressed to the stem, often aromatic and often with a gland in the centre of the dorsal surface. Cones of both sexes are on the same tree but on separate branches. Male cones small, oblong, a few millimetres long at the end of the branchlets and often yellow with pollen that is produced irregularly from spring to autumn. Female cones ovoid to spherical, often retained on the tree for many years, woody; scales 6-12, shield-like and usually with a central point on each shield; ovules 5 or more to each scale, ripening in the second year. Seeds narrowly winged.

Recent taxonomic reassessment of the genus has reduced various SW USA and Mexican species to varietal or subspecies status under C. arizonica and C. goveniana but difficulties of interpretation remain.

Similar to Chamaecyparis but with leaf pairs identical and therefore no distinct upper and lower surface to sprays; cones relatively large, ripening in second year and generally with more than 5 seeds per scale. Sino-himalayan species C. cashmeriana and C. torulosa are somewhat intermediate in characters and challenge the distinction between the two genera as does the ready formation of intergeneric hybrids with the intermediate Chamaecyparis nootkatensis. The Funeral Cypress, Chamaecyparis funebris was formerly generally placed in Cupressus.

Identification of cypresses is complicated by the fact that original descriptions were often based on minor and variable vegetative characters. There is also extreme habit variation in several species and in horticulture there has no doubt been clonal (unnamed) selection of some of these variants and undocumented hybridisation. Several important characters cannot be easily described - subtleties of foliage colour, the arrangement of the branchlets in the sprays, and the different smells of crushed leaves. Although habit is often not a reliable character, foliage colour is usually consistent. A hand lens is helpful for seeing leaf and gland differences and after some experience the appearance and arrangement of branchlets in the sprays is usually sufficient for recognition of the common species.

Key to the species of Cupressus 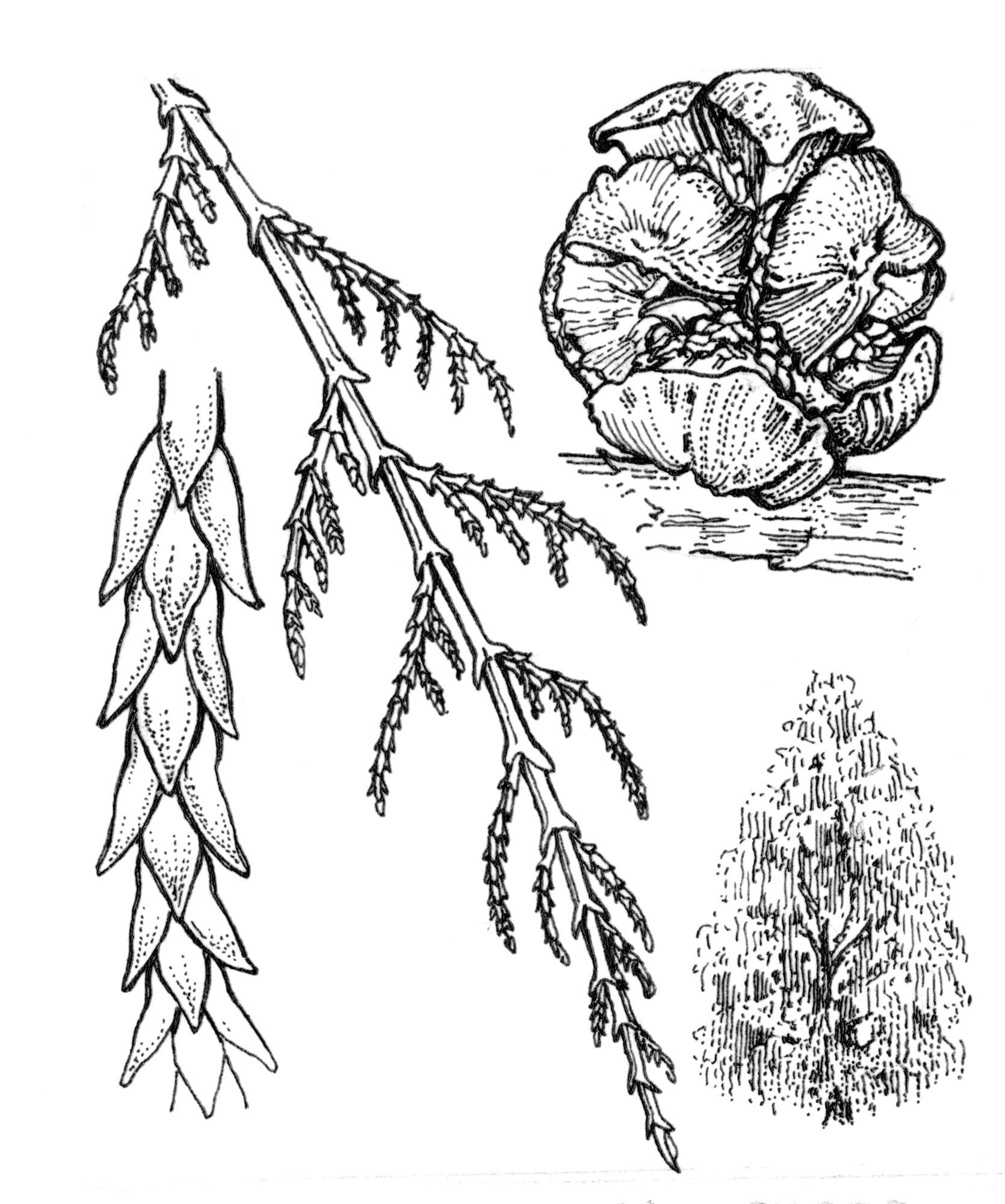