A genus of one species, formerly included in Thuja as T. orientalis, the only Asian species of that genus and distinguished by the characters listed below.

More or less vertically arranged foliage sprays with edges directed inwards (hence the common name); leaves hardly aromatic when crushed, in contrast to Thuja which hase all strongly aromatic; cones fleshy at first, flask-shaped, waxy-white, the scales with pronounced hooks at their tips. Each of the fertile scales has 2 or occasionally 3 large, wingless seeds. 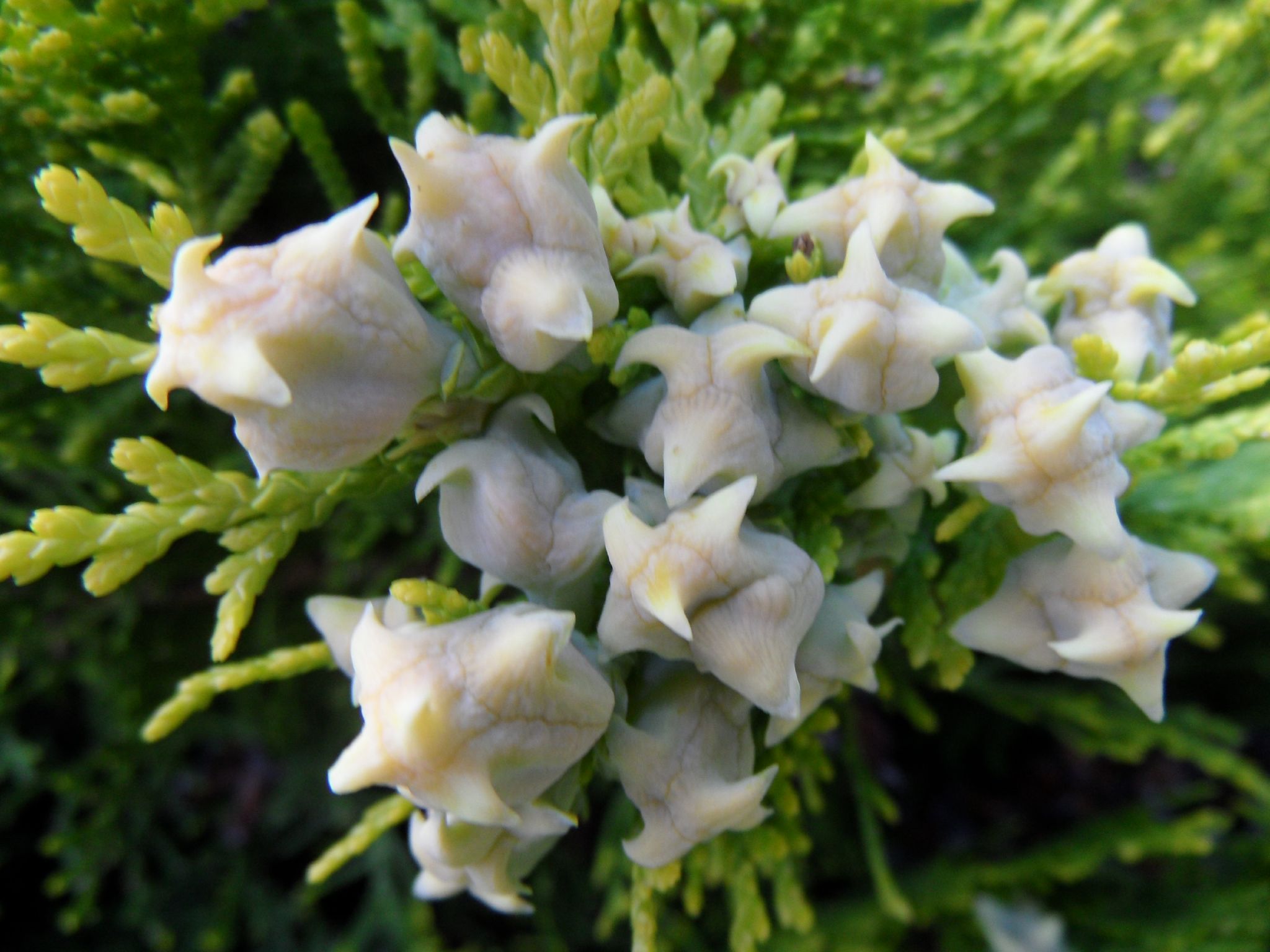