Ancient Latin name for the juniper.

Evergreen trees or shrubs cultivated almost exclusively for the wide range of habit and colour cultivars although a few species remain in botanic gardens and public parks. Bark mostly shredding in strips. Juvenile leaves always needle-like and sometimes retained on mature plants, mostly in whorls of 3 (rarely 2) with 1 or 2 pale longitudinal bands on the upper surface. Adult leaves needle-like and in 3's, or scale-like in opposite pairs that alternate at right angles. Male and female cones mostly on separate trees, axillary or terminal on short branches of the previous year. Male cones small on a short stalk. Female cones with 3-8 scales with the fertile ones having 1-2 ovules on the upper surface. As the cone matures the scales become fleshy and fuse together, forming a berry-like fruit that contains 1 or more wingless seeds that take 1-2 years to ripen.

The presence of sexes on separate plants, the females being fleshy and sometimes coloured is generally associated with animal dispersal of seed and is found in few other conifer genera notably Taxus and Podocarpus. The taxonomy of Juniperus is in urgent need of critical revision. Many cultivars are grown under the name J. x media but the evidence for these hybrids (presumed J. chinensis x J. sabina) is inconclusive and some conifer authorities prefer to place them under the above species. Pending revision the spreading cultivars are treated here as J. x media, largely for convenience and following the common practice in the nursery trade.

The wood is durable, fragrant and resistant to insects. An essential oil, cedarwood oil is used for perfumery, soaps and cosmetics while leaf and fruit oils are used medicinally. Berries are used as a flavour in cooking and in the production of gin.

In 1991 a collection of 28 species was held at the Otway Ridge Arboretum, Victoria. There is a collection of 12 species (1989) at the Waite Institute, Adelaide. A venerable old J. bermudiana L. may be seen near the Mrs Macquaries Road entrance to the Royal Botanic Gardens, Sydney.

Seeds; cultivars by cuttings or grafting.

The numerous and extremely variable cultivars of Juniperus make this group of conifers the most difficult to identify: in addition, many plants in cultivation do not develop adult leaves and, as they are often males, do not exhibit the fruit characters so useful in identification. Plants with scale leaves only are virtually indistinguishable from Cupressus except for the cones. The following key should be used as a guide only. Juniperus x media is not included in the key but the habits of the plumose and pfitzer cultivars are usually easily recognised.

Key to the species of Juniperus 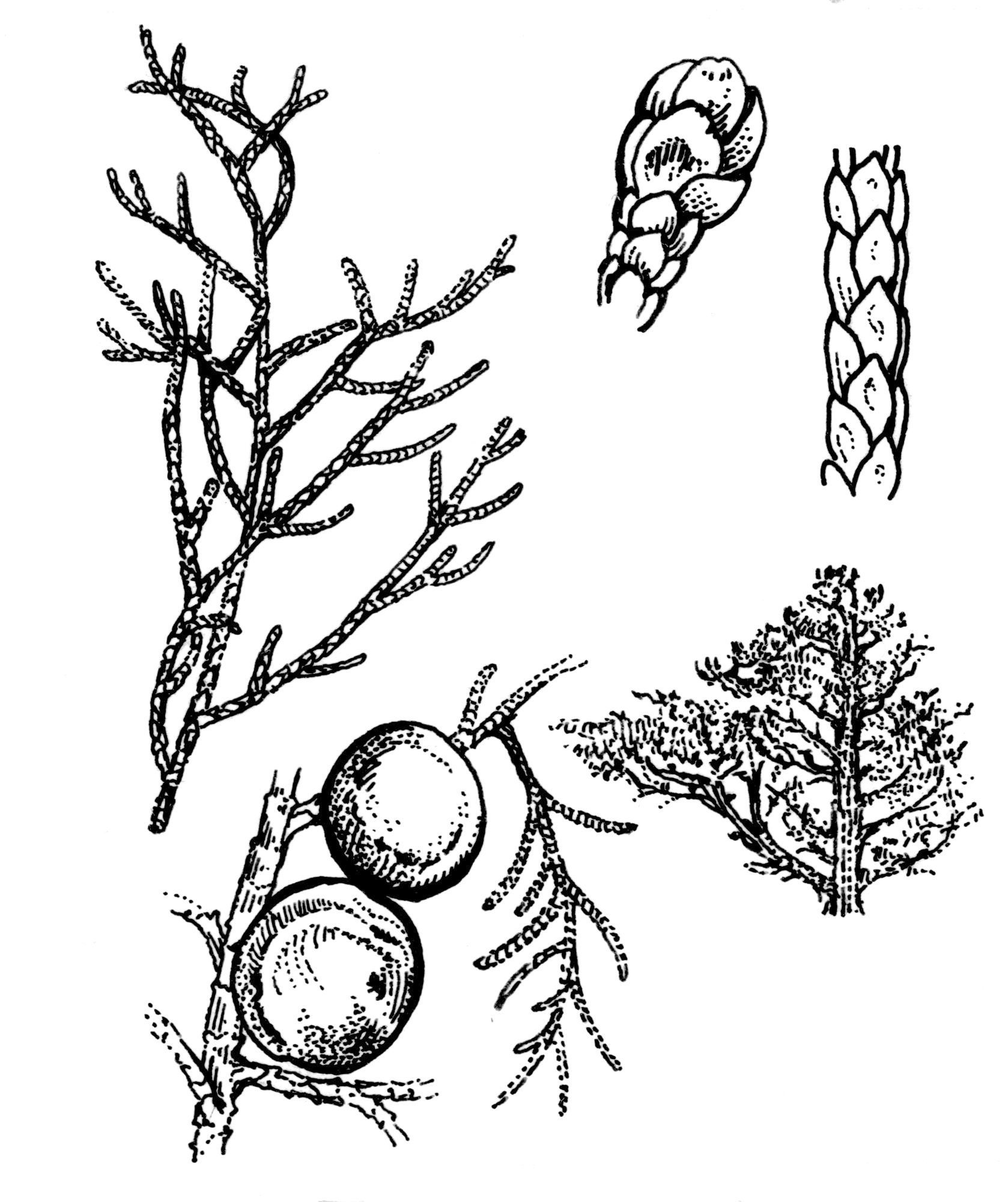