Greek kalli - beautiful, treis - three; referring to the arrangement of leaves in threes.

Evergreen, spreading to narrowly conical trees and shrubs. Bark usually furrowed, eventually dark grey, persistent. Foliage dark green to pale blue. Juvenile leaves narrow and pointed in whorls of 4, sometimes persistent on mature trees. Adult leaves scale-like, elongated, in alternating whorls of 3 with only the triangular tips spreading away from the stem, ridged or rounded on the back. Male and female cones generally on the same plant. Male cones solitary or in groups at or near the end of the shoots. Female cones solitary or in clusters, from 1-3 cm wide, round to ovoid; scales 6, rarely 8, woody, of variable thickness, smooth or warty, hinged at the base, generally alternately large and small. Seeds with 1-3 broad wings, borne on a central column (columella).

A genus closely related to Actinostrobos and the South African Widdringtonia.

Building timber that is strong and resistant to insects, especially termites (C. glaucophylla).

Botanic gardens all possess a selection of species. The Australian National Botanic Gardens recorded 13 species in 1992.

Slender branchlets; scale leaves in alternating whorls of 3; cone with 6 scales in 2 whorls of different size. The rarely cultivated Widdringtonia is similar but has leaves in alternating opposite pairs and mostly 4 cone scales. In some species there is also a superficial resemblance to the cypress although the cone scale arrangement and the 3-leaved whorls of Callitris are distinctive.

is based largely on cone characters - on whether they have a prickle, are smooth or warty, on the shape and depth of incision of the scales and on the shape of the central inner seed stalk (columella). The leaves may be rounded or ridged on the back. Open cones assist in determining the depth of scale divisions.

Key to the species of Callitris 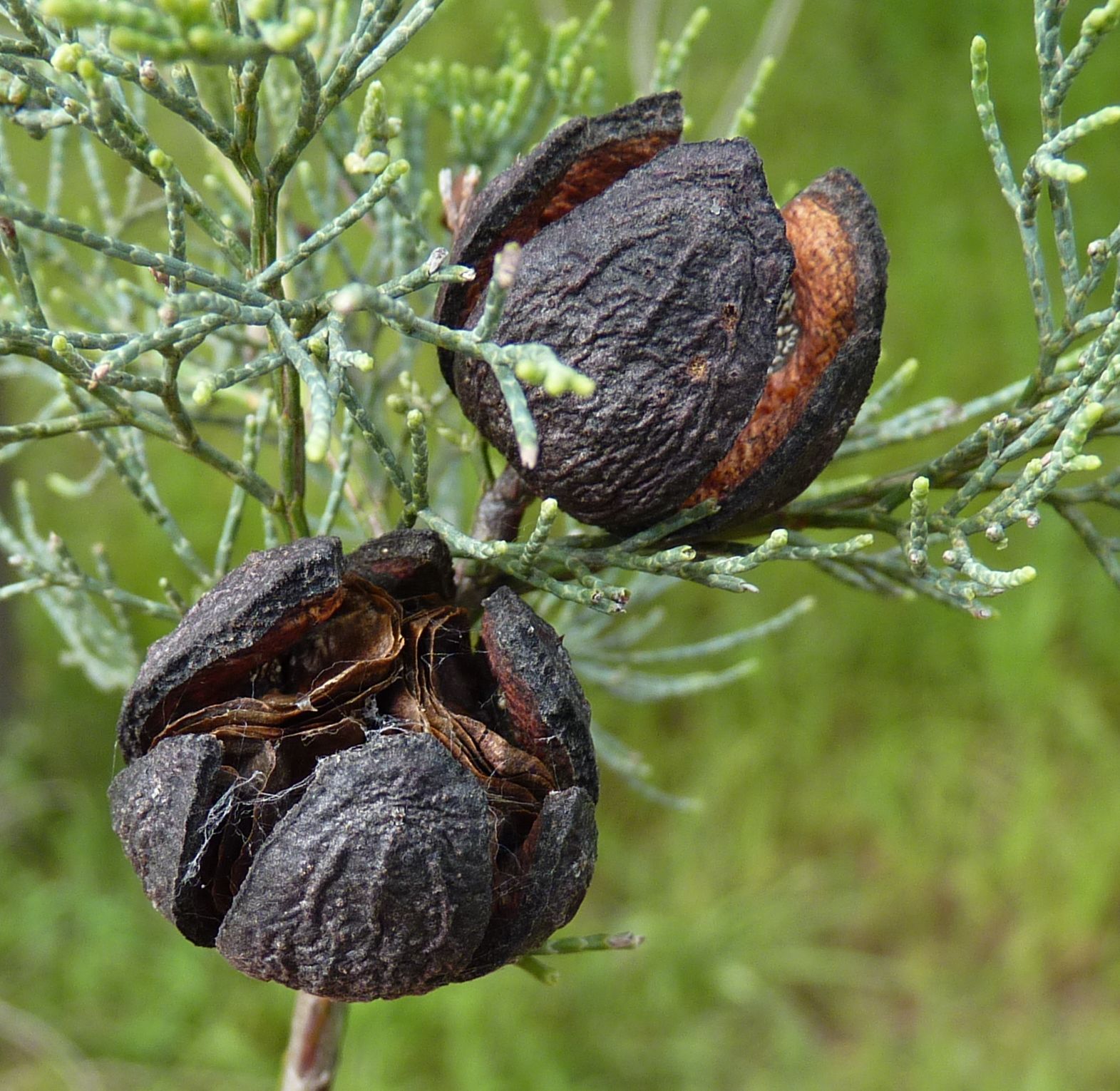