Mostly evergreen trees or shrubs containing aromatic oil. Leaves simple and entire, opposite, alternate or occasionally whorled and usually dotted with conspicuous oil glands; margins usually entire; stipules small or absent. Flower clusters axillary or terminal, in umbels, racemes, panicles, spikes or heads, rarely solitary. Flowers regular, mostly bisexual, (4)5(6)- parted. Sepals deciduous or persistent, often reduced in size. Petals free and falling after flowering. Petals and/or sepals occasionally united to form a cap as in Eucalyptus. Stamens 5-many, free or aggregated into 5 bundles (occasionally united in a ring at the base), often long, colourful and attractive to insects and birds. Ovary inferior to almost superior, with 1-5(-10) chambers; ovules 1-many per chamber, the placentation mostly axile. Fruit a capsule, nut, berry or schizocarp.

The family Myrtaceae contains many ornamental eucalypts, bottlebrushes, tea-trees, paperbarks and rainforest trees.The family is a dominant feature of both the Australian bush and the Australian native plant garden.

Many trees are used for timber and wood pulp. Flowers of many species are a rich source of honey. Fruits of Syzygium and Acmena are used by Aborigines as a food source; the early settlers used them for preserves. Notable are the edible fruits of S. aqueum from SE Asia (in its cultivated form) and Eugenia uniflora, with fruits that are used for jellies and jams. Other genera with edible fruits include Acca, Feijoa; Psidium, Guava; Ugni; and Kunzea, as the fleshyfruited K. pomifera. Spices are obtained from some genera, notably Pimenta dioica, Allspice; and Syzygium aromaticum (the dried flower buds are cooking cloves); but also from Myrtus and other genera. Aborigines have used parts of eucalypts medicinally, the wood for didgeridoos and the bark for canoes, shelter and food utensils. Refreshing and medicinal oils are distilled from the leaves.Oils are also extracted from Backhousia, Melaleuca alternifolia,Tea-tree Oil; and M. cajuputi, Cajuput Oil. Paperbark is used as a non-allergenic stuffing for pillows and babies' mattresses.

Leaves with oil dots visible to the naked eye, or when held up to the light, and strongly aromatic when crushed; flowers often with numerous stamens on a cup-shaped calyx tube.

Key to the genera of Myrtaceae 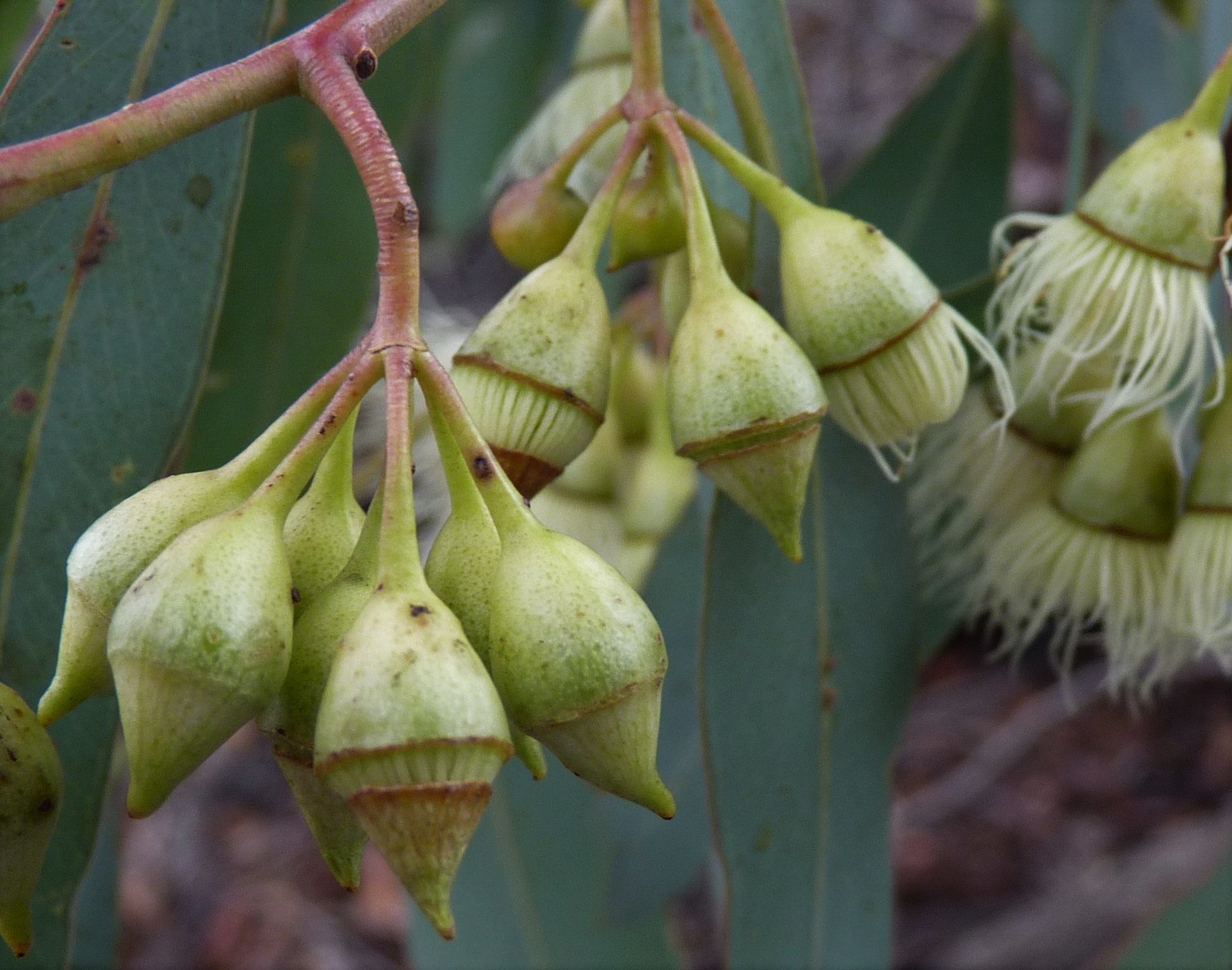