Commemorating Mary, Duchess of Beaufort, who had a private botanical garden and herbarium in Chelsea, England.

Prostrate to erect shrubs. Leaves mostly opposite, decussate, short-stalked. Flower clusters forming dense heads or short spikes. Flowers mostly bisexual or male and female on the same plant, mostly red to purple, stalkless. Sepals and petals 5. Stamens numerous, longer than the petals, fused into 5 bundles opposite the petals; anthers attached at the base, opening at the top.ovary of 3 chambers with 1 ovule in each. Fruit a woody 3-valved capsule.

Grown for the formal foliage and attractive flowers.

Less commonly grown species include the following: B. elegans Schauer, with pinkish purple flowers (occasionally red, or 2-coloured pink and white); B. incana (Benth.) George, which is distinctive in having white-hairy grey-green leaves and flowers with filaments green at the base and dark red at the tips; B. purpurea Lindl., with flowers that are red at first but changing to purple; B. schaueri Schauer, Pink Bottlebrush, with bright pink to mauve flowers in terminal clusters; B. sparsa R. Br., Swamp Bottlebrush (Gravel Bottlebrush), with scattered leaves and red-orange (rarely white) flowers.

About 17 species from SW WA.

Leaves mostly opposite; ovules 1 per ovary chamber; anthers opening at the tip.

Key to the species of Beaufortia 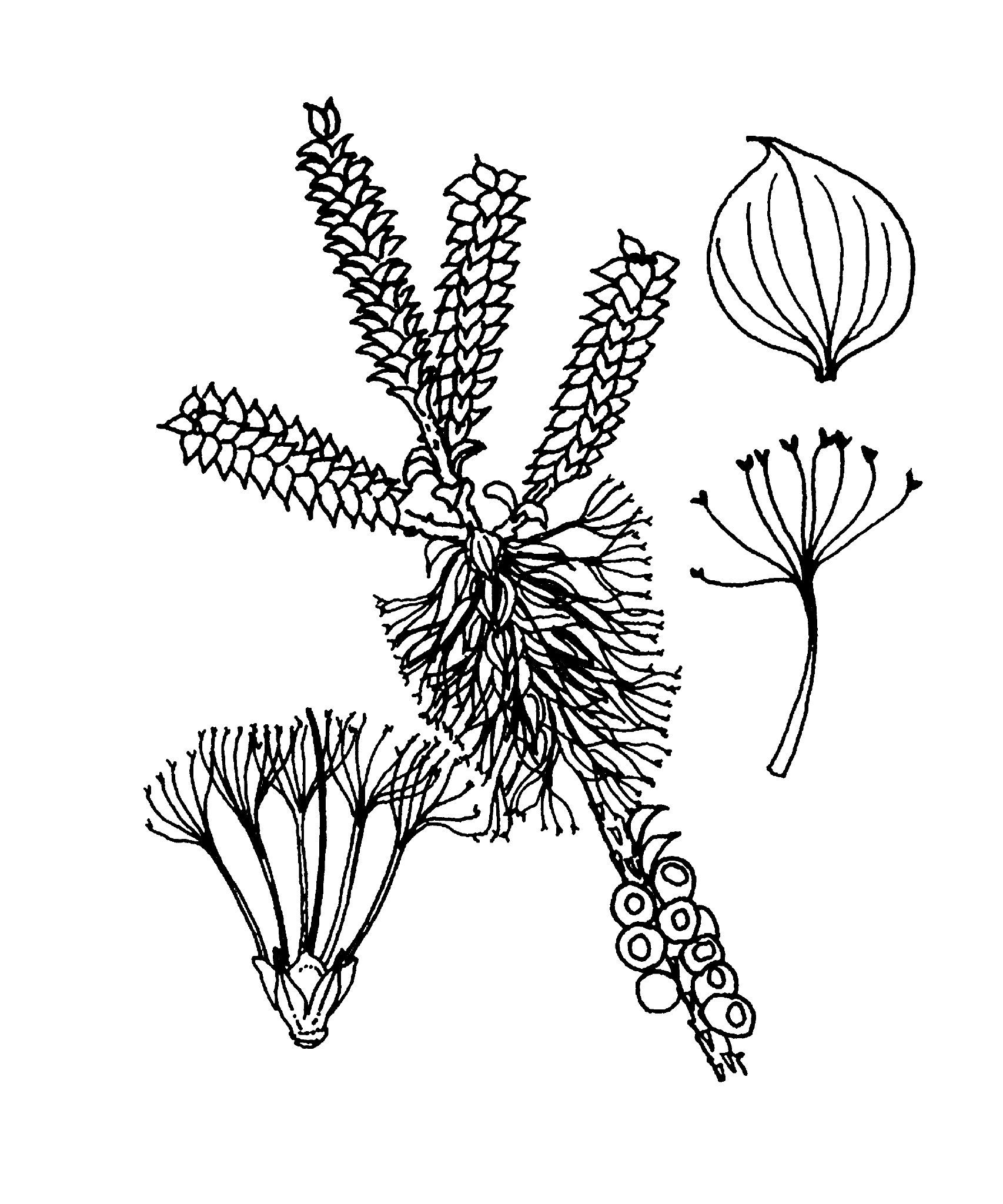