Terrestrial ferns. Rhizome short-creeping, tending upward to erect, woody, mostly thick and covered with scales. Sterile and fertile fronds mostly similar. Fronds divided 2-3 times, generally broad at the base, the fertile ones sometimes slightly smaller, evergreen or deciduous, in clusters; stalks scaly. Sori in a single row on either side of midrib, away from margin, often large, round to kidney-shaped. Indusium kidney-shaped.

Dryopteris tokyoensis (Makino) C. Chr. is ocasionally available; it has fronds divided once with segments that become shorter towards the base of the frond, the individual segments broadening towards their attachment to the midrib.

Propagation: Spores, some species by division.

Recognition: Sori away from the segment margins and with kidney-shaped indusia. Polystichum has indusia mostly round or sometimes absent and Lastreopsis has mostly hairy, not scaly, stalks. The groove in the axis may be discontinuous.

Key to the species of Dryopteris 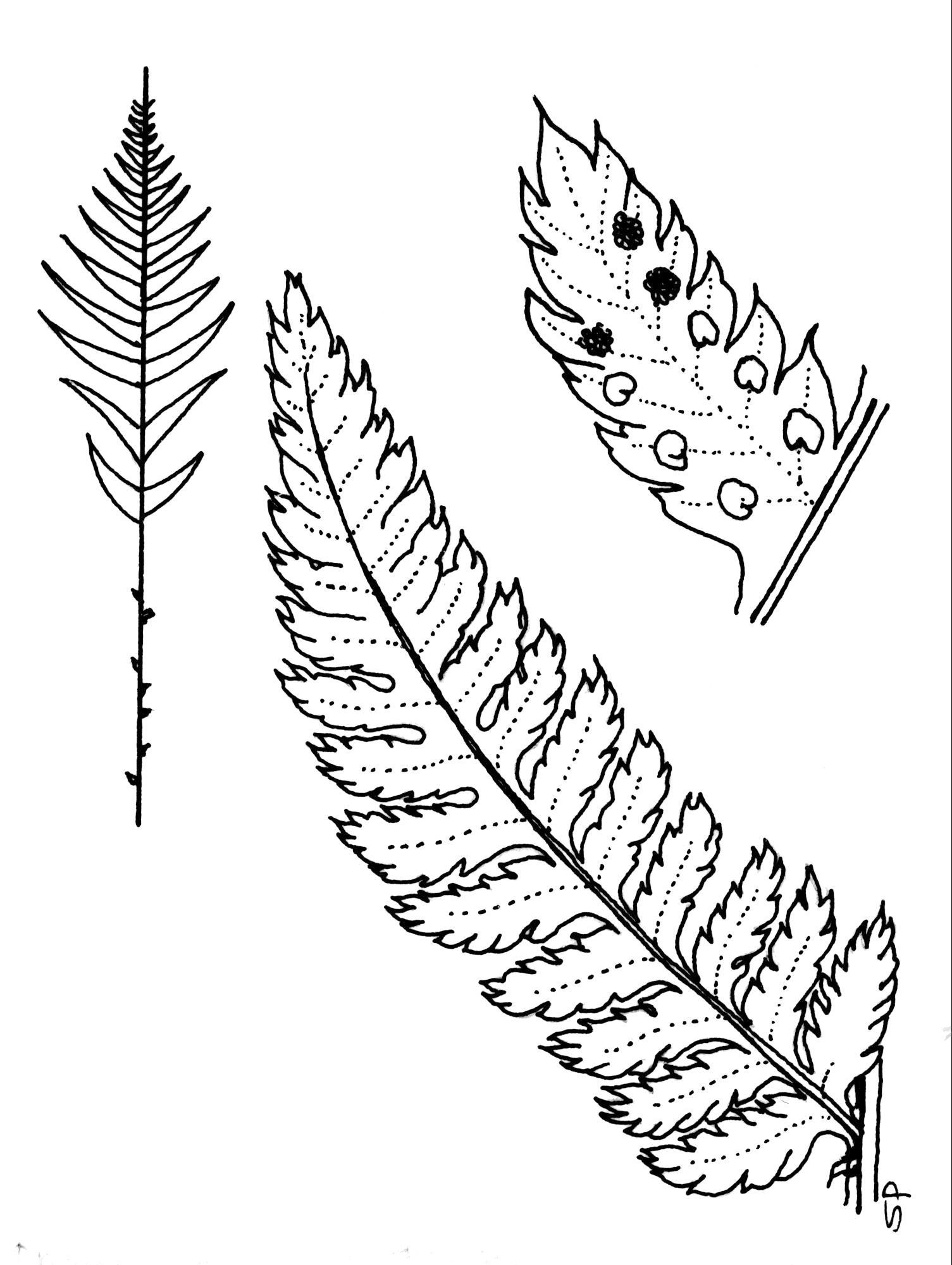