David Jones with keys and notes by Roger Spencer

Evergreen shrub- or tree-like plants, occasionally climbing, sometimes spiny. Trunks solitary or clustered (spreading at the base from long rhizomes), slender to stout, often with distinct rings, rarely dichotomously branched. Roots adventitious and lacking secondary thickening, often forming a ball at the base of the trunk. Leaf bases sheathing, sometimes forming a crownshaft (an extended, smooth, column-like region at the top of the trunk made up of the tubular leaf bases). Leaves alternate, simple and entire, pinnate (feather-shaped), bipinnate, or fan-shaped (palmate, or costapalmate (when the leaf stalk extends into the blade to form a central midrib)), spaced up the trunk or in a crown, stalked, the terminal leaflet present or absent. Leaflets (sometimes called segments) ribbed, variously shaped and arranged, sometimes with a protrusion (hastula) on the upper surface where the leaf stalk and leaflets meet. Inflorescence a spike or panicle, usually axillary but sometimes terminal on a shoot or from the base of the crownshaft; in some species the stem or whole plant dies after the fruit ripens on the lowermost inflorescence. Flowers unisexual (on the same or different plants), or bisexual, small, white or colourful, sometimes fragrant. Ovary superior with carpels free or united, each carpel with 1 ovule. Fruit a drupe or single-seeded berry.

A widespread family of woody monocotyledons which proliferate in tropical regions. Palms have always been widely planted in the tropics but until the last decade the range of species to choose from was very limited. Many species are endangered in the wild through over-exploitation and habitat destruction. Nowadays a number of specialist nurseries produce a wide selection and in recent years there has been a tremendous upsurge in the cultivation of palms in temperate regions. New species are continually being tested in different zones with interesting results. This account deals mainly with the palms that are well-established in cultivation as far north as southern Queensland, but also includes some more recently introduced species and novelties worth testing.

Classification and identification: The botanical classification of palms into 6 subfamilies is based largely on detailed floral and/or fruit characters (difficult structures to work with, even when they are available) and to a much lesser extent on leaf structure. The readily observable characters of habit, and leaf and trunk form are generally all the horticulturist can view. When identifying palms look for the following: trunks, which may be single or clustering, and with or without a crownshaft, may carry leaf bases or bear the scars they have left, either in some patterning or, more often, as a series of rings. Leaves may be fan-shaped (with or without the midrib extending into the blade) or feather-shaped with the leaflets all in one plane or several planes and sometimes twisted on their axes. Individual leaflets may be flat, folded up or folded down, and often cut only part way to the midrib or base. Leaf stalks are with or without spines, teeth or other structures and sometimes have fibrous bases. The position of the flowers, when present, among the leaves may help, as well as the size, shape and colour of the fruits and seeds.

An economically important family rivaling the grasses and legumes, important species include: Cocos nucifera (Coconut, source of copra and coconut oil), Elaeis guineensis (Oil Palm) and Phoenix dactylifera (Date). Important oils and fibres are obtained from many species, sago from Metroxylon. Other products include waxes, perfumes, medicines, construction and craft materials as well as the edible palm-hearts and fruits. Areca produces the betel-nut and Raphia leaves are the source of raffia.

A very diverse group of woody monocotyledons with a crown of simple, feather-shaped or fan-shaped leaves.

About 2600 species in about 200 genera widely distributed in most zones and decreasing in number and diversity from the tropics to temperate regions.

Key to the genera of Arecaceae 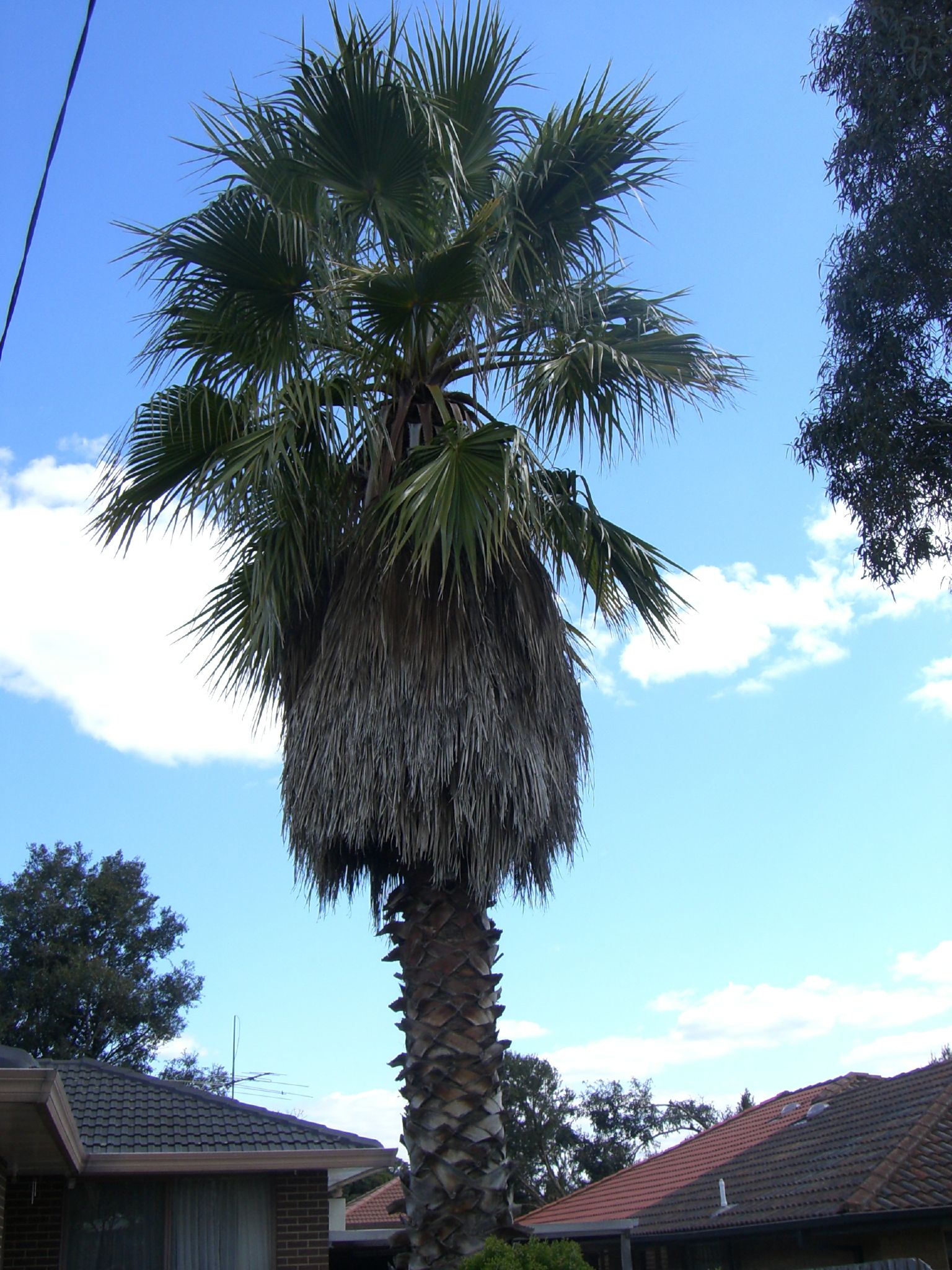