Popular palms, especially in cooler climate areas. Often used to line avenues and driveways. They occur naturally in a wide range of habitats, including closed forest, swamps, grassland and ridges.

The trunks have been used as pipes and for feed troughs for animals; the leaves are used for thatching and hats, and the heart is edible (as are some of the oily fruits).

Fan-leaved palms with a slender trunk and a large crown of leaves, each divided into numerous narrow leaflets. The leaves may hang down from the crown for some time after dying. Without these leaves it can be seen that the sheathing leaf bases consist of a mat of fibre and, on the opposite side from the sheath, there is a parchment-like tongue. These tongues are generally less ragged and more conspicuous in this genus than those of other fan palms.

Key to the species of Livistona 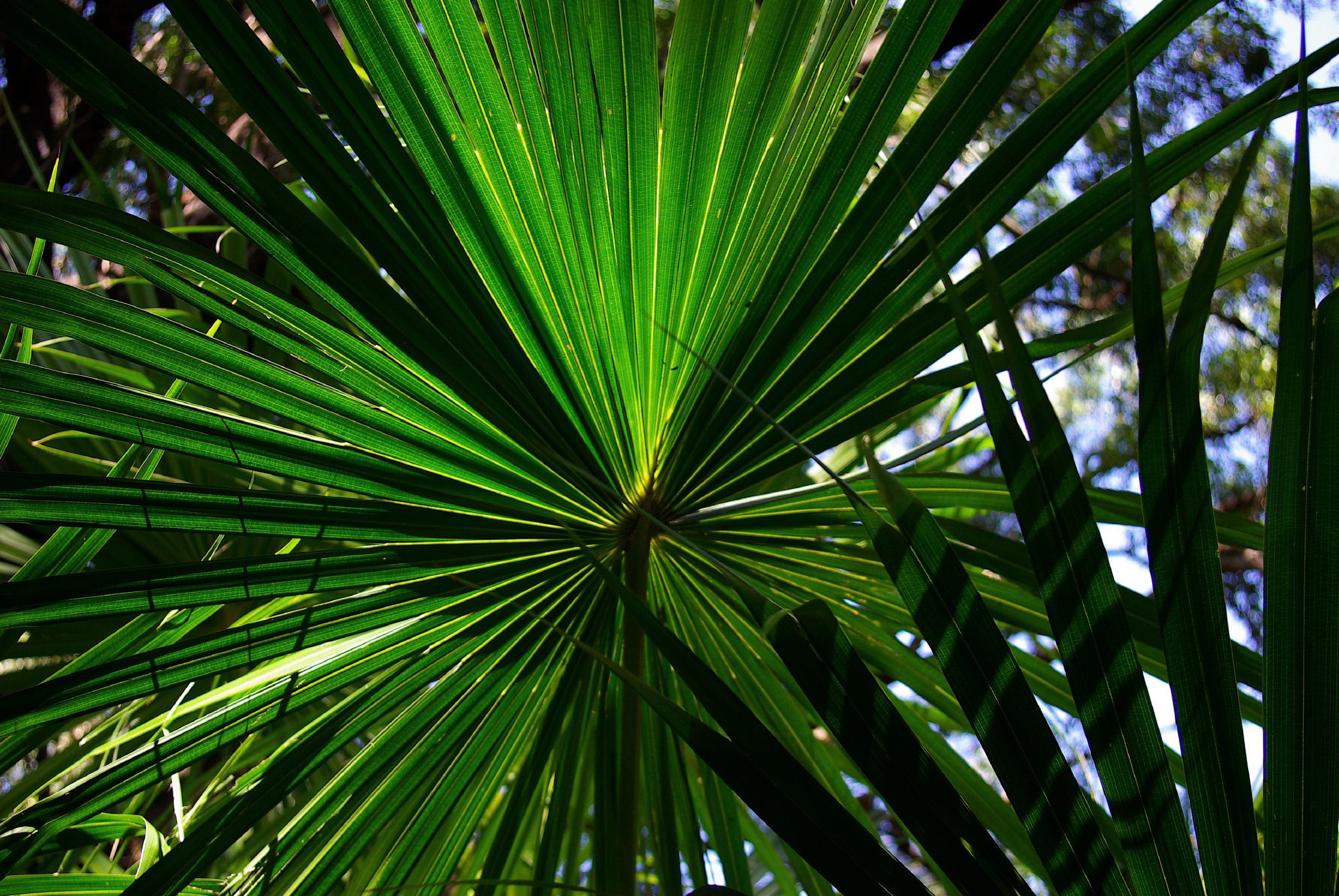