From the Greek name for the date palm.

Small to large solitary or clustering palms. Trunks woody, slender to stout, covered with persistent leaf bases. Crownshaft absent. Leaves feather-shaped. Leaflets spreading, narrow, each folded into a Vshape at the base; terminal leaflet present. Leaf stalks with the lower leaflets modified to form pungent spine-like structures. Flowers unisexual with both sexes on the same plant, cream to yellowish. Panicles arising among the leaves, arching, shorter than the leaves. Fruit a fleshy berry, containing 1-3 cylindrical seeds, each with a lateral furrow.

A varied genus including dwarf palms and large imposing species. They are a popular group of palms and some species are suitable for cultivation in most climates. Phoenix palms may hybridize in cultivation.

Fresh seed takes 1-6 months to germinate but stragglers can appear after 1 or 2 years.

Many uses as food, clothing, construction and as a source of fibre.

Dwarf to large palms with a woody trunk covered with persistent leaf bases and a crown of arching feather-shaped leaves; leaflets folded upwards and with no true midrib but an expanded central region, lower frond leaflets modified to form spines; seeds with a longitudinal line for full length.

Key to the species of Phoenix 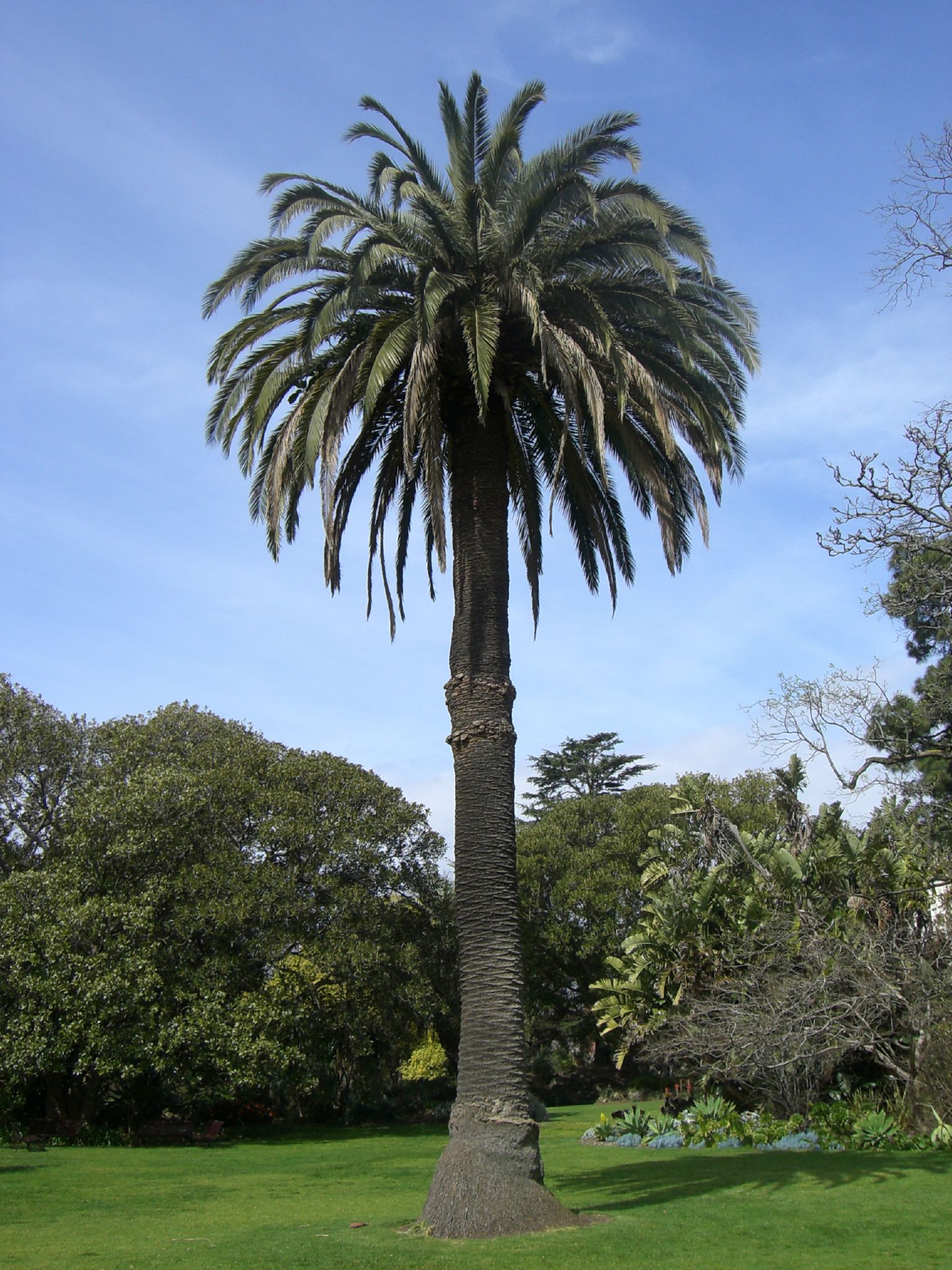