Early Latin name for a kind of palm tree.

Solitary or clustering, sometimes spiny palms. Trunks woody, often with persistent leaf bases. Crownshaft absent. Leaves feather-shaped, the sheath often fibrous on the margins and the stalks sometimes with spine-like fibres. Leaflets numerous, narrow, in a flat plane, or plumose, each leaflet usually divided shortly and unequally into 2 at the tips. Flowers unisexual panicles with large bracts, arising among the leaves. Fruit roundish to ovoid, green to yellow, orange or reddish, generally with a prominent beak, 1-2 seeded.

A complex and variable group of palms. The generic delimitations of this genus may vary and it is closely related to Butia. S. romanzoffiana is sometimes placed in Arecastrum. Many species grow naturally in savannah and shrubland but some occur in rainforest. Few species are cultivated but S. romanzoffiana is extremely popular.

Key to the species of Syagrus 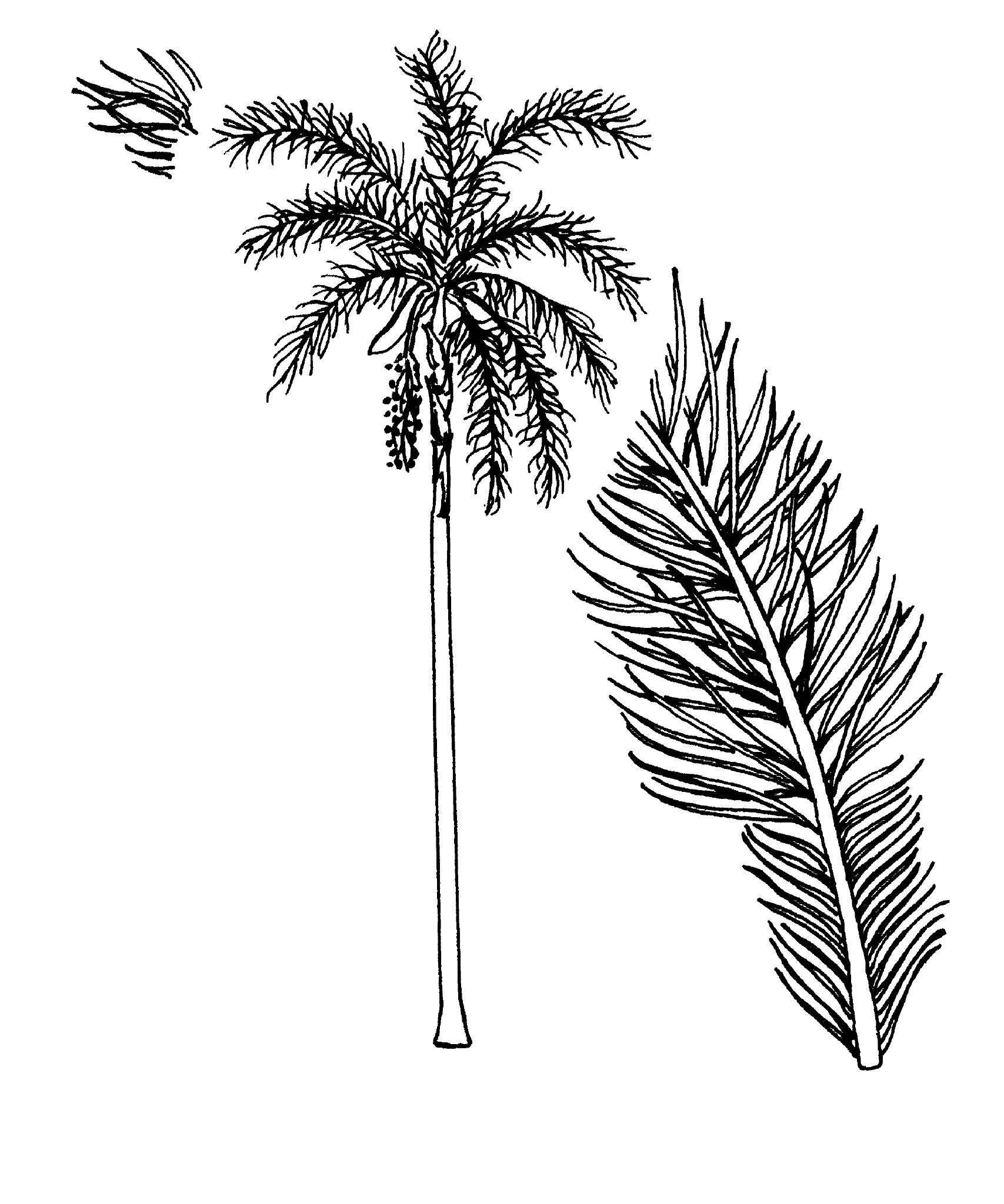