Annual, biennial or perennial herbs, subshrubs, shrubs, trees or occasionally vines, often with white latex or coloured sap, dioecious or monoecious. Hairs absent or simple, multicellular, stellate or of peltate scales, rarely glandular or stinging. Leaves mostly alternate, occasionally opposite or whorled, simple or sometimes compound, entire to serrate; venation pinnate or palmate; stipules usually present. Inflorescence terminal, axillary, lateral or leaf-opposed, cymose, paniculate, racemose or spike-like, or with the flowers grouped into cyathia (multiple flowers appearing as one) in the subfamily Euphorbioideae, or with the flowers solitary or clustered in the leaf axils. Flowers unisexual, regular, often reduced. Calyx distinct, comprising 2–8 edge to edge or overlapping sepals, free or basally fused, the sexes often different. Petals 0–6, edge to edge or overlapping petals, free or united into a tube. Stamens 1-numerous, filaments distinct to fused into a column, anthers 2-celled, dehiscing by longitudinal slits; nectary disk sometimes present; sterile pistil sometimes present. Carpels (2–)3( – many), united into a compound ovary; style (1)-3-(20), divided into 2 or more stigmas; ovules 1 in each chamber; nectar disc usually present. Fruits mainly capsular dehiscent, but also drupaceous or fleshy with seed in the pulp. The seed may be carunculate (with a warty protuberance below the hilum) or ecarunculate (without the same).

Some species are poisonous if eaten. The family is well known in horticulture for a wide range of mainly subtropical and tropical herbs, shrubs and trees, including such well known plants as Acalypha, Croton (Codiaeum), Euphorbia, and Poinsettia (Euphorbia pulcherrima).

Many Euphorbiaceae are hard to key out unless flowering and/or fruiting material is available. Some genera are poorly defined and require revision, not making the construction of generic keys any easier. The following key is aimed specifically at the taxa included in this account and may not be suitable for other species in the genera covered. Where only a single species is covered in the text, it is directly keyed out in this key, otherwise there are species keys under each generic account. Tropical and subtropical genera are well represented. See the family description, glossary and illustrations for explanations of technical terms.

About 218 genera with c. 6745 species, cosmopolitan but mainly in the tropics and subtropics, although with a good representation in temperate areas. About 58 genera and over 200 species are indigenous to Australia, occurring in many different habitats.

Foliage often with white latex or conspicuous sap; leaves usually alternate; male and female flowers on the same or different plants; fruit usually capsular. These characters apply to many of the cultivated species but should not be taken as characteristic of the majority of taxa.

Key to the genera of Euphorbiaceae 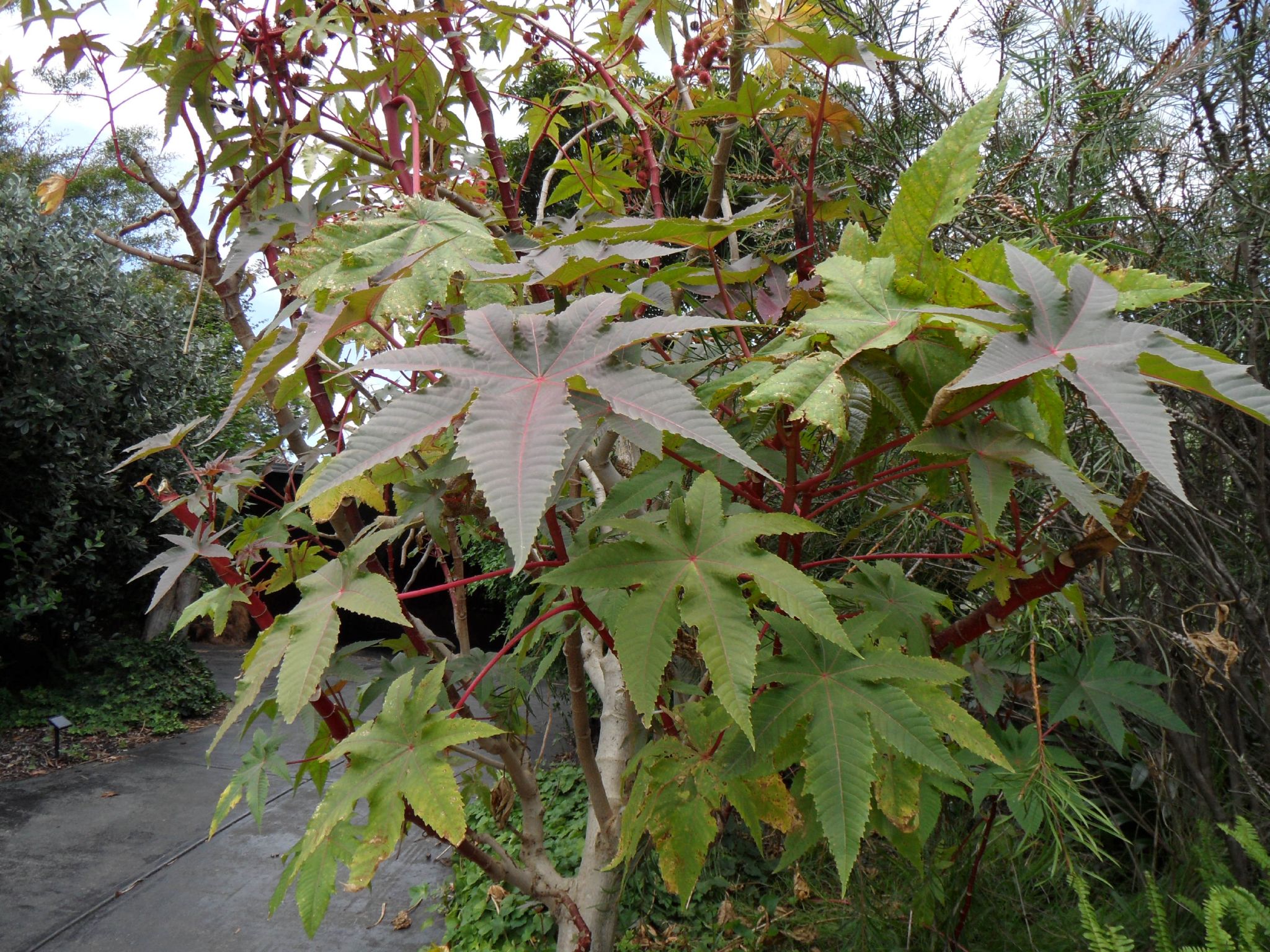