From the Greek dimorpho, alluding to a calyx of two forms.

About 15 species in Asia, Malesia and Australia (1 species). The native species is cultivated.

Stamens fused into 2-rowed column with 5 lower and 3 upper. 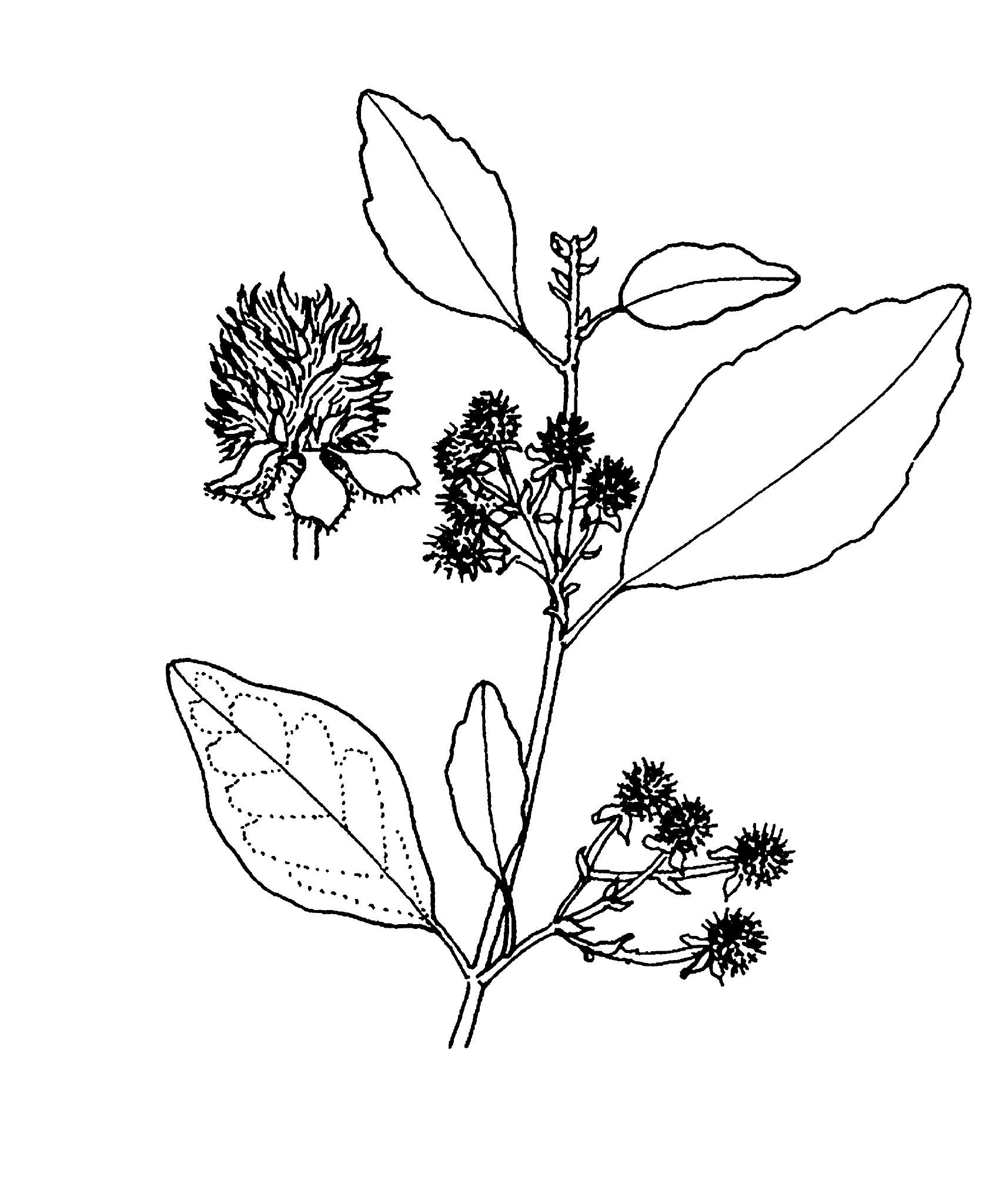