From the Greek iatros — a physician, and trophe — food, alluding to the medicinal use of some species.

About 170 species in Africa and the New World; 3 species are naturalised in tropical Australia. 5 species are commonly cultivated, but usually only in subtropical parts.

Seeds or cuttings. None of the species listed will tolerate frost.

Key to the species of Jatropha 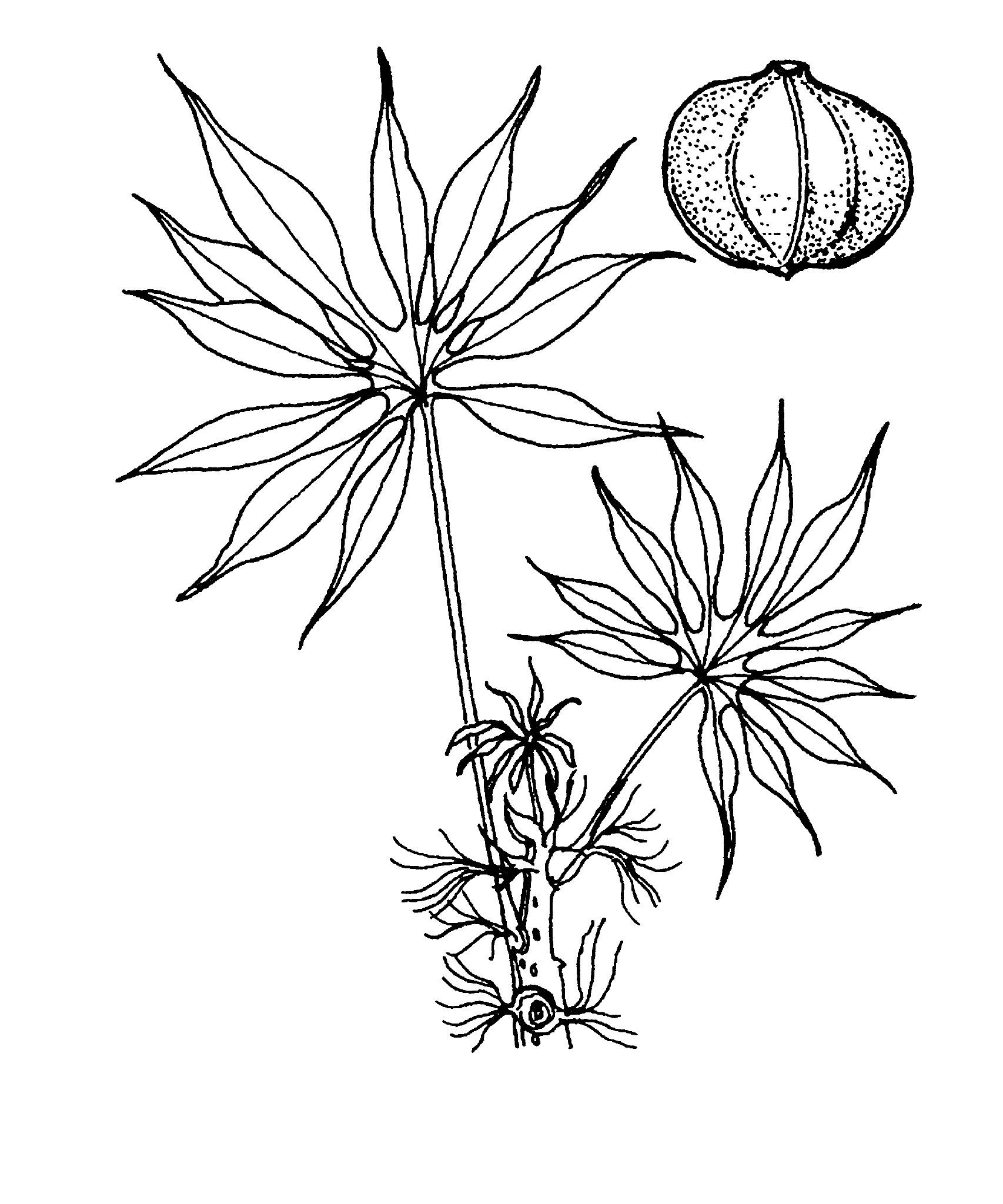