Mostly long-creeping ferns that generally grow naturally on other plants or rock but are sometimes terrestrial: the group includes those with basal humus-accumulating fronds including the popular elkhorn and staghorn ferns. Rhizome long-creeping or short-creeping, covered with scales. Sterile and fertile fronds generally similar. Fronds undivided, or the blade divided or lobed once or occasionally several times, or dividing regularly into 2, sometimes with scales or hairs; veins mostly netted. Sori round or elongated, raised or sunken, running parallel with the main veins or margin or over fertile areas. Indusium absent.

A taxonomically complex family with various interpretations of the numbers of genera.

Key to the genera of Polypodiaceae 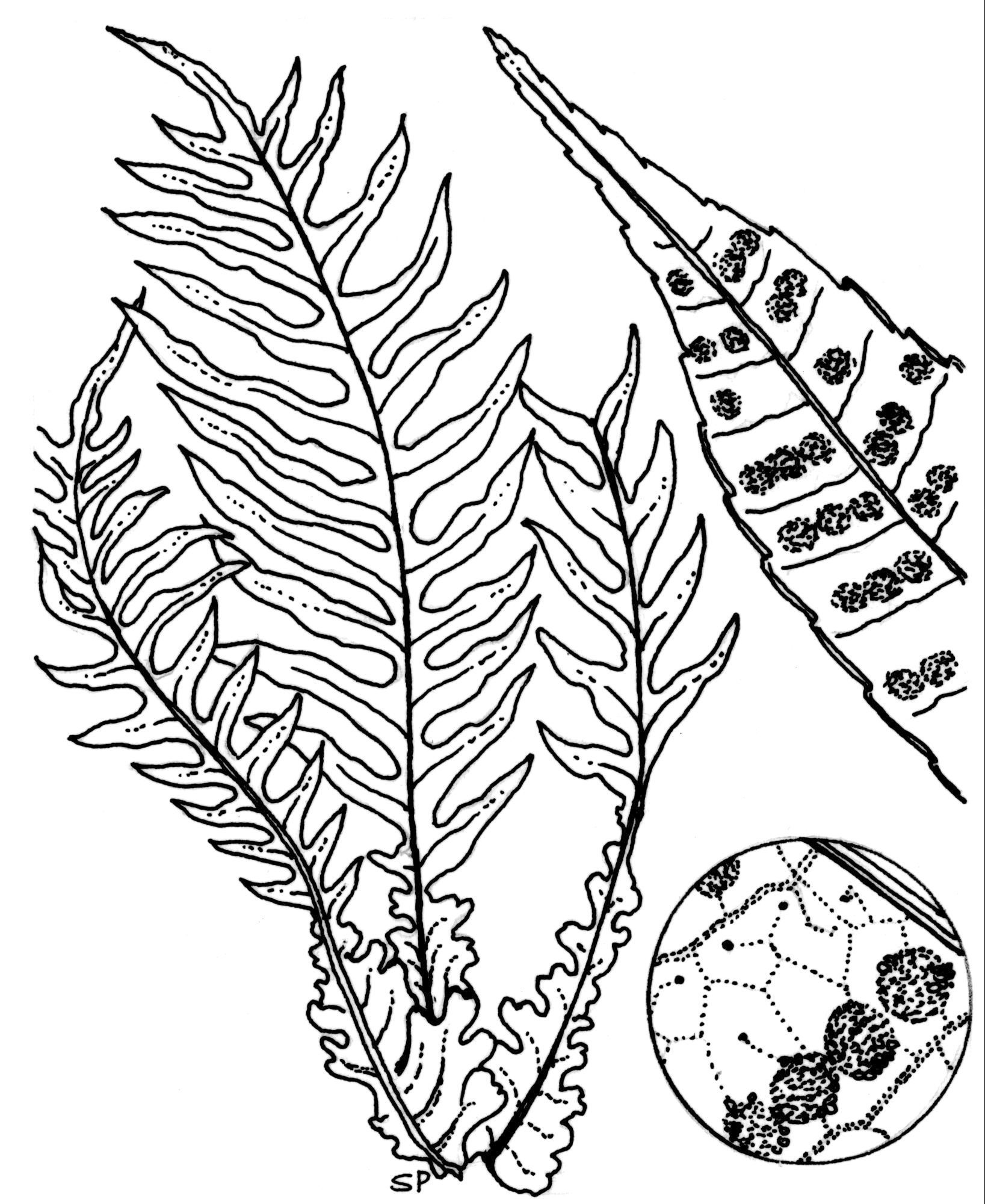