Generic name referring to the similarity with Niphibolus and Pleuridium crassifolium and combining these names.

Fronds simple and elongate with simple venation. Spore cases in single rows between the main veins. Spores smooth and monolete( with a single line on the spore indicating the axis on which the mother spore was split into four along a vertical axis).

This genus was formerly placed in Polypodium.

Sori in single rows between the main lateral veins. 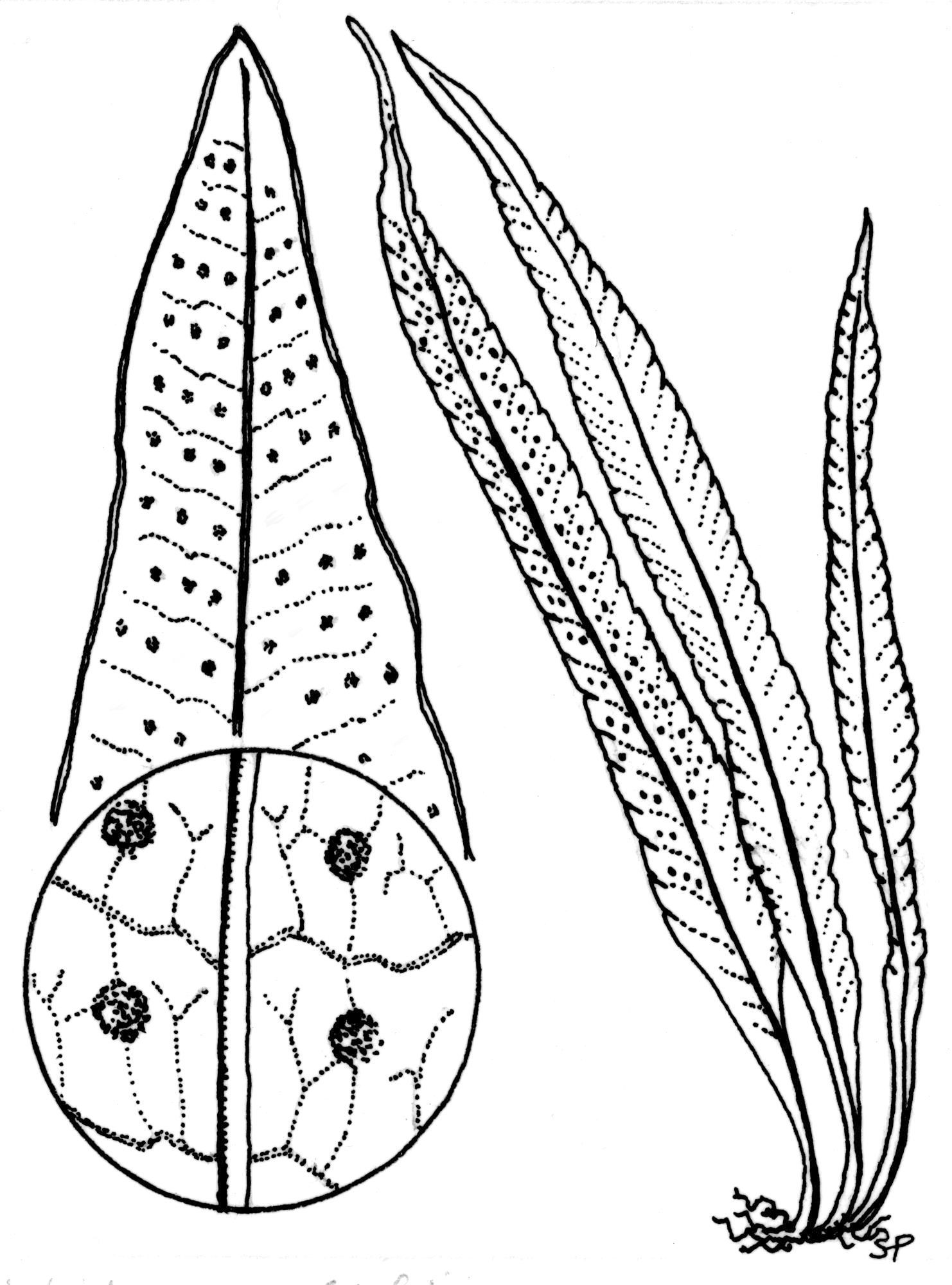