Creeping ferns with long, pendulous fronds; cultivated in hanging baskets. Rhizome long-creeping, often waxy blue; scales lattice-like. Stalks well separated along the rhizome and with an articulation at the point of attachment. Blade divided once, the numerous segments with an articulation at their point of attachment to the axis; veins forking and forming a network, the vein islands with a single free vein inside. Sori mostly sunken in 1 row on each side of the midvein. Indusia absent.

A genus sometimes included in Polypodium or Goniophlebium.

Key to the species of Schellolepis 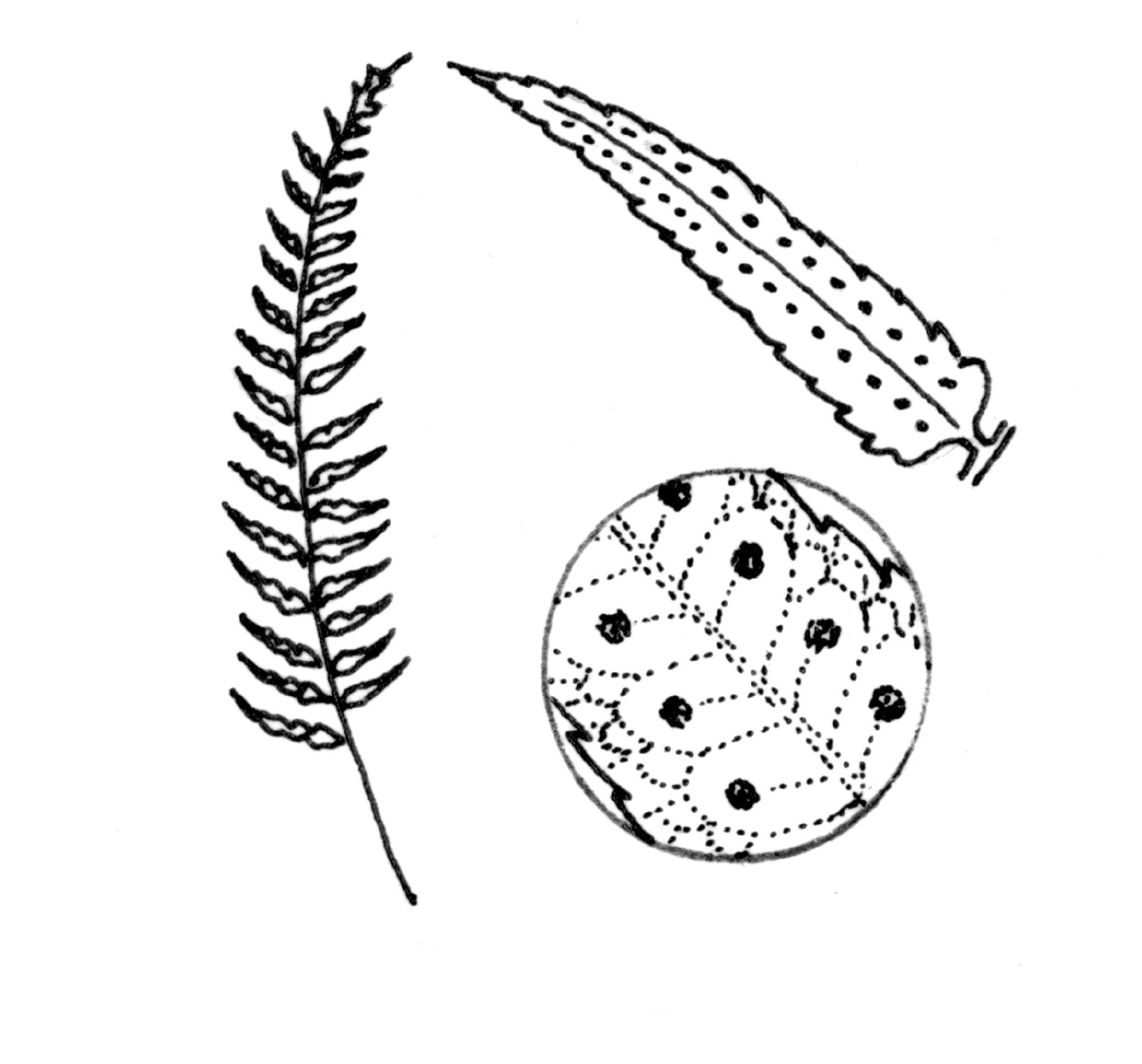