Etymology: Greek pyrros-flame-coloured; referring to the colour of the felty star-shaped hairs.

Small, slow-growing, mostly simple-fronded ferns often creeping on other plants and rocks; generally cultivated in hanging baskets or used to enhance the undergrowth in shady areas. Rhizomes long-creeping, branched, thin, scaly. Sterile and fertile fronds similar or different. Fronds well separated, jointed to the rhizome, mostly undivided and without lobing or teeth, evergreen, leathery to fleshy, covered with star-shaped hairs that are easily rubbed off; veins netted or obscure. Fertile fronds, if different, narrower than the sterile ones. Sori small, round or elongated, found between the veins and often towards the margins, fusing together on older plants. Indusia absent.

Frond blade generally simple, stalked, separated along the rhizome and with a felt of star-shaped hairs at least at the base.

Key to the species of Pyrrosia 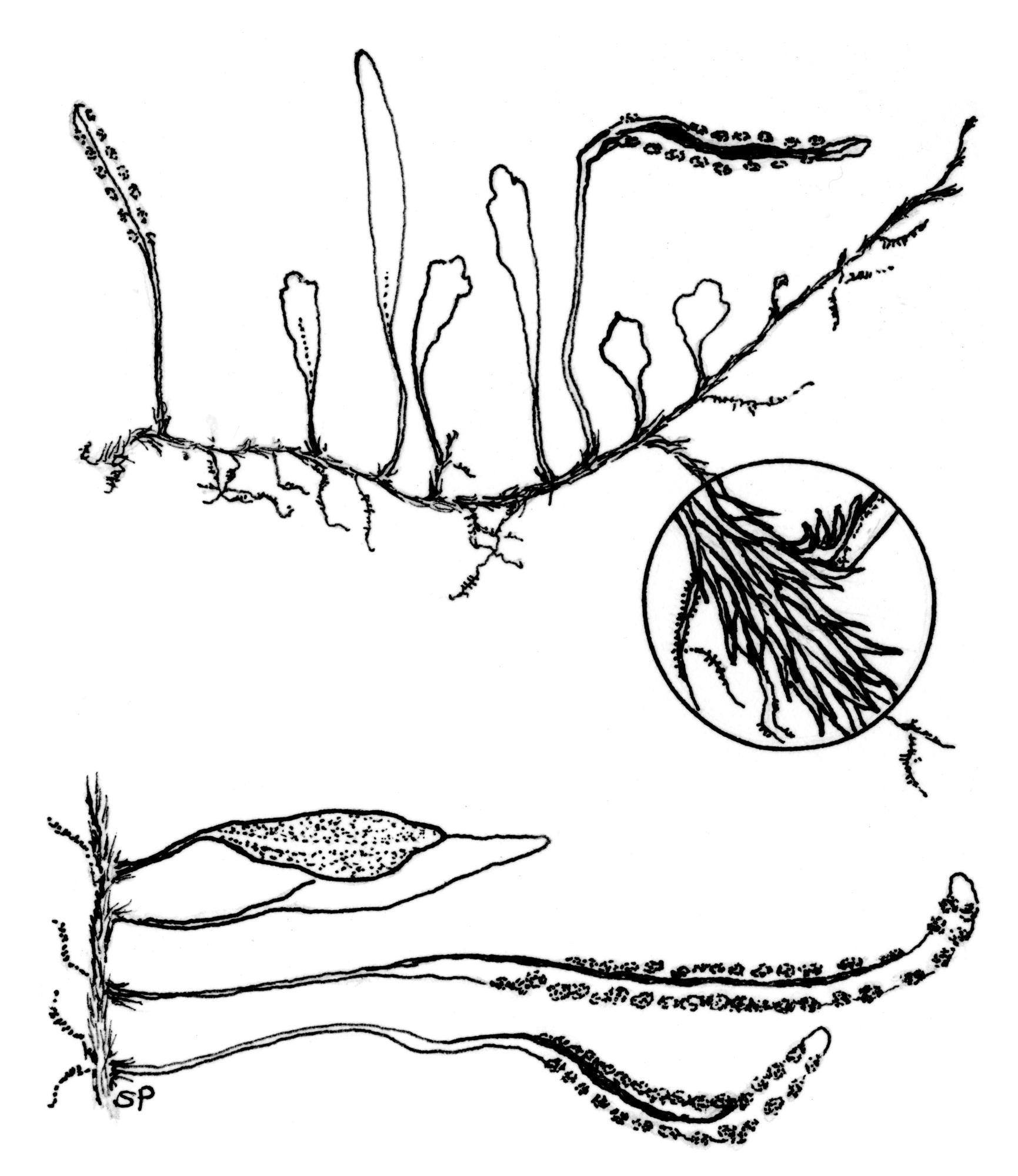