Large epiphytic ferns with fronds having basal nest-like humus-collecting region; mostly used in horticulture for tubs and hanging baskets. Rhizome fleshy, covered with narrow scales. Sterile and fertile fronds similar or different. Fronds of 2 kinds, the upper ones divided once, leathery, usually fertile with narrowed segments, the lower fronds large and humus-collecting; veins netted. Segments fused at the base; midrib and main veins raised on the segment surface. Sori round, in specialised narrowed fronds or on the face of the segments. Indusia absent.

c. 10 species from the tropics, mostly Asia with a centre of distribution in Malesia.

Lower nest-like region not comprised of separate fronds but formed from the expanded basal parts of the main fronds; cf. Drynaria.

Key to the species of Aglaomorpha 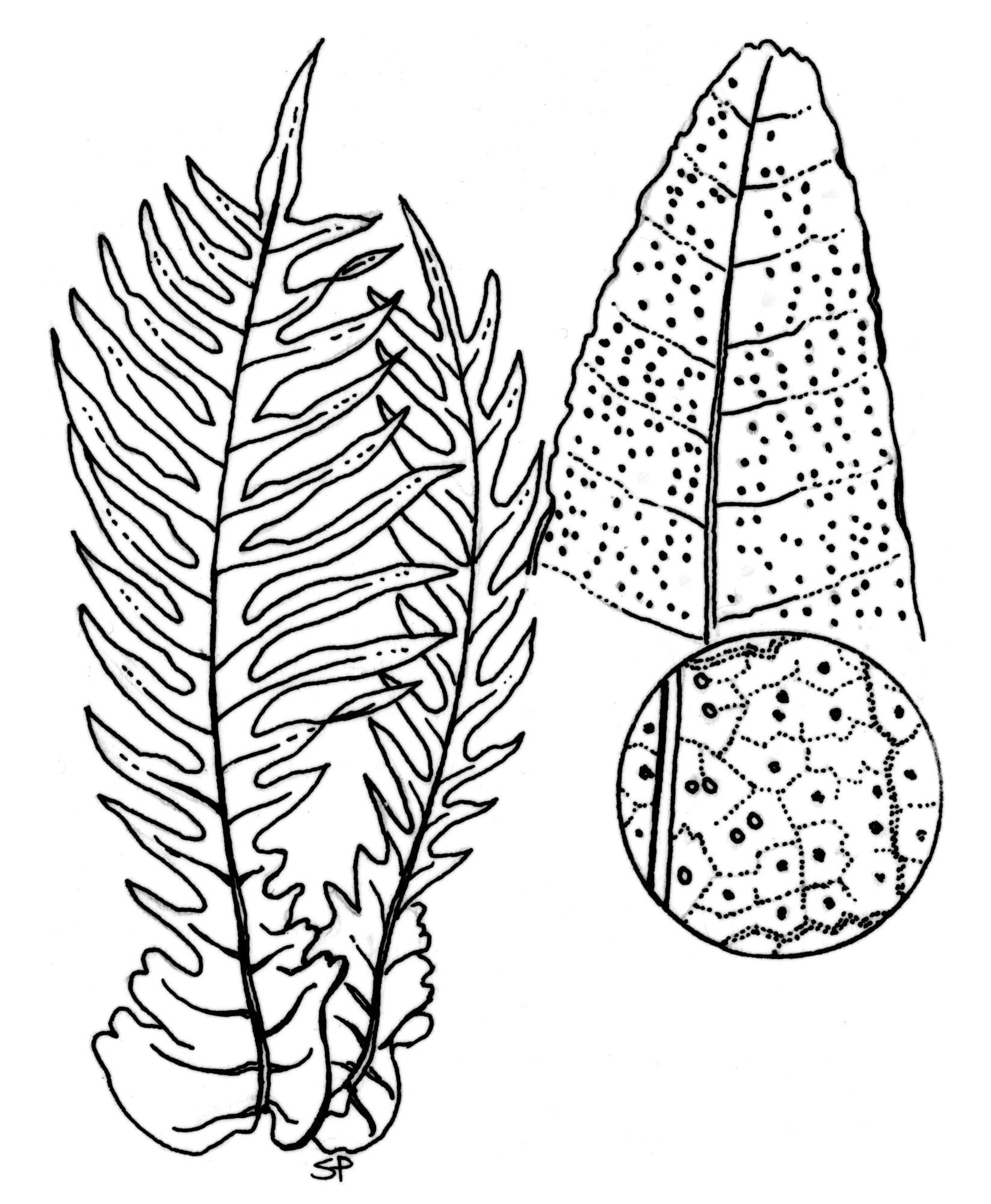