Greek drys - oak, referring to the oak-like basal fronds of some species.

Large ferns growing naturally on other plants or rocks; used in horticulture for tubs and hanging baskets often for the interesting basal, papery, oak-leaf-like humus-collecting fronds. Rhizome short, thick and fleshy; scales yellowish-brown. Fronds of 2 kinds: 'nest' fronds forming a permanent broad papery mass; these are at the base of the larger, once-divided deciduous foliage fronds up to 1.5 m long. Sori scattered or in rows along the length of the segments. Indusium absent.

c. 20 species from Africa and the Pacific.

Key to the species of Drynaria 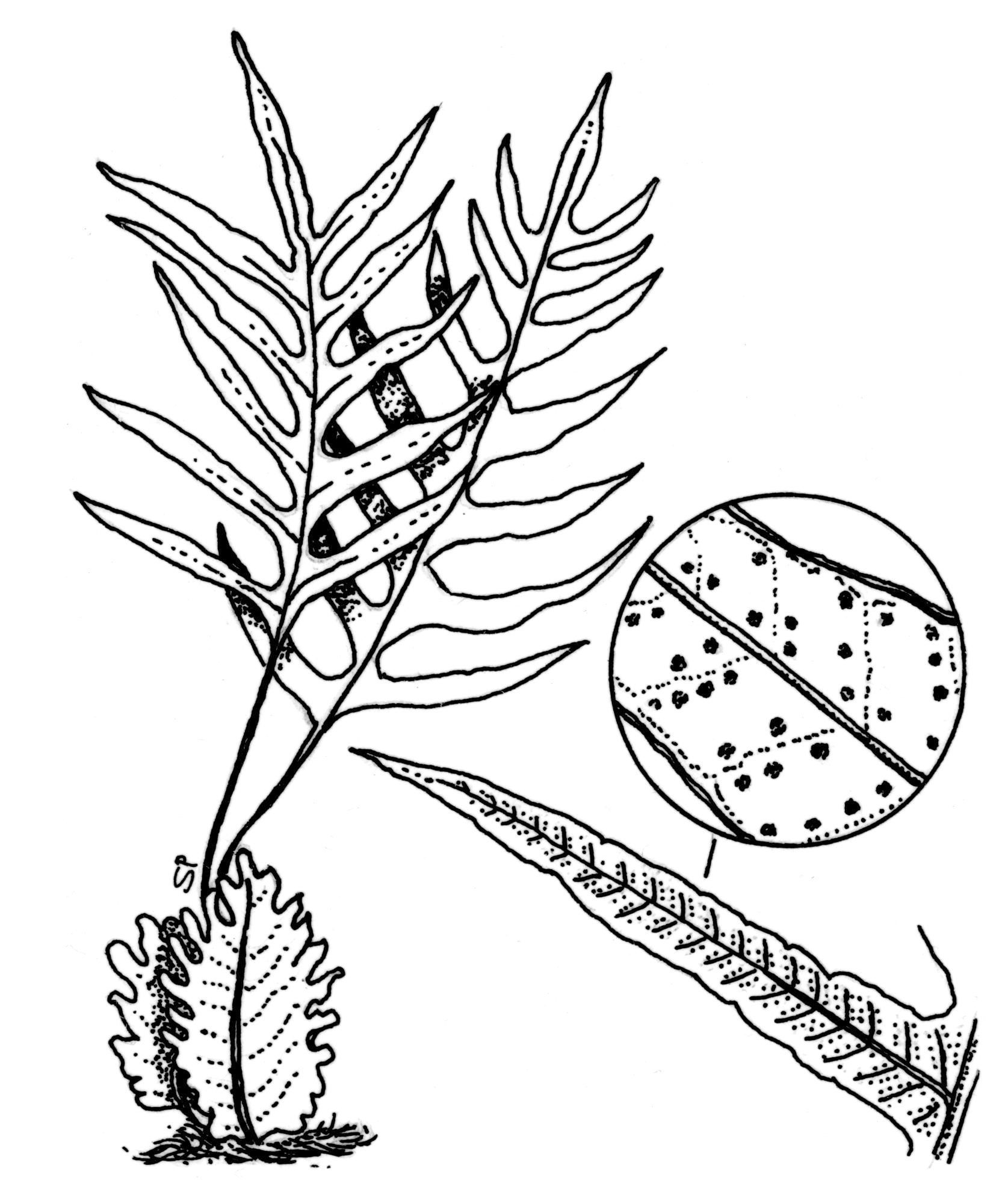