Greek mikros - small, sorus - cluster of sporangia; referring to the small sori that characterises some of the species in this genus.

Scrambling or climbing ferns growing naturally mostly on rock or other plants; cultivated either in hanging baskets or in shady areas that allow room to spread or climb. Rhizome long-creeping; scales thick-celled and lattice-like. Sterile and fertile fronds similar or different. Fronds well spaced on the rhizome, thin to leathery, simple and entire or divided once, jointed to the rhizomes; veins netted with free veins inside the vein islands (areoles). Stalks sometimes with wing-like projections. Sori round or oval in 1-3 rows or scattered, often appearing as bumps on the upper surface of the frond blade. Indusia absent.

Species with large, sunken sori (having soral hairs attached at their margins) are sometimes placed in the genus Phymatosorus (formerly Phymatodes ) but this distinction is not accepted here. The generic name has frequently been spelled Microsorium but there is no reason why this spelling should be adopted in preference to the original spelling used by Link.

Spores or divisions of the rhizome.

Key to the species of Microsorum 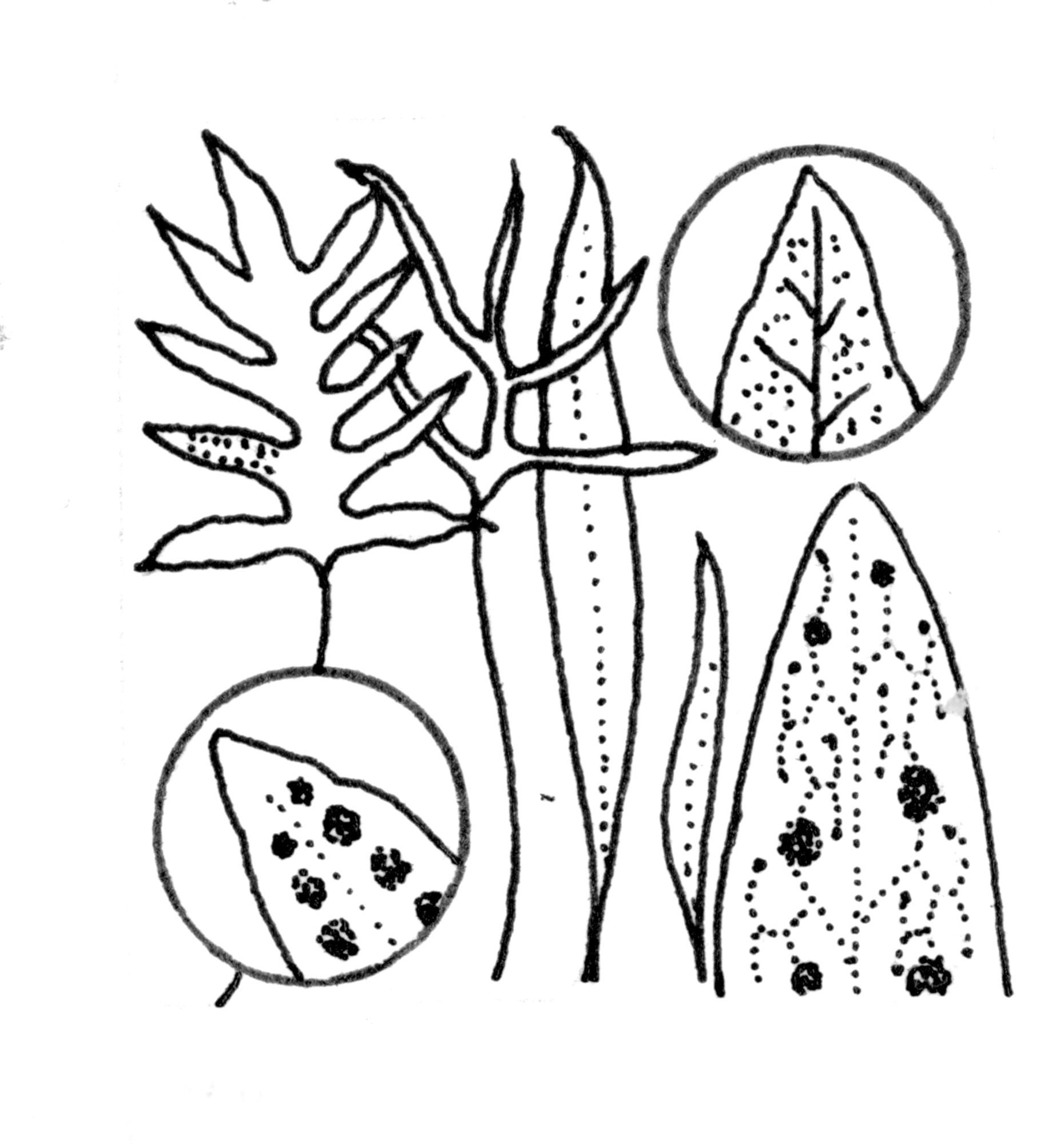