Perennial herbs, sometimes shrubby, often growing on rocks or other plants. Leaves mostly in basal rosettes, stiff, often with expanded bases overlapping to form a central, water-holding tank, spiny to toothed or entire, usually alternate but distichous in some Tillandsia species. Flower clusters terminal, in simple or compound spikes, racemes or heads, often with brightly coloured, prominent bracts. Flowers are borne in the axils of the bracts and are usually bisexual. Calyx and corolla each have 3 segments, the corolla petal-like and showier than the calyx. Stamens 6 in 2 whorls. Ovary superior or inferior, of 3 chambers with a 3- parted stigma on a slender style. Fruit a berry or capsule or, as in the case of the pineapple, a fleshy multiple fruit with the individual fruits fused together.

A large distinctive family of terrestrial, dry-adapted, thick-stemmed epiphytic herbs, usually more or less succulent. Tank-forming bromeliads have few true roots. The overlapping leaf bases act as reservoirs for water and organic materials with absorption from the tank being by adventitious roots or more commonly by the specialised and scale-like leaf hairs (trichomes) that are found over most of the plant. Non-tank-forming species either have true roots and few trichomes e.g. Pitcairnia, Puya, or are almost entirely epiphytic, the roots used only for anchorage and the specialised hairs absorbing moisture from the atmosphere e.g. Tillandsia.

Since 1974 some new genera have been added i.e. Brewcaria, Lindmania, Steyerbromelia to describe plants from the ‘Lost World’ area of Venezuela. All are very rare in cultivation. There has been discussion since 1988 as to whether Pitcairnia should be split into two genera, Pitcairnia and Pepinia. Species of Pepinia are rarely encountered in cultivation in Australia.

Grown for their attractive, often coloured or striped foliage as well as the showy-bracted inflorescences. They are widely cultivated in the open, under shade cloth or under glass. The family is divided into 3 subfamilies: Pitcairnioideae,Tillandsioideae and Bromelioideae.

In the 1970s Lyman Smith (an eminent bromeliad taxonomist) used the presence or absence of appendages at the base of petals to separate some genera. Studies in the 1990s have downgraded the importance of this character and have allowed species to be grouped more 'naturally'. Many changes in classification can be expected in the future.

About 54 genera and 3000 species from tropical and subtropical Americas and West Indies. One species of Pitcairnia occurs in coastal West Africa. The family generally is adapted to conditions of water stress either as dry land terrestrials, or epiphytes in wetter or boggy conditions.

Pineapple, Ananas comosus, is cultivated in the tropics and subtropics. Fibre is extracted from species of Aechmea and Tillandsia and used for upholstery, cordage and fabric.

Pineapple-like plants with stiff, often strap-like leaves in rosettes and usually with a grey, scale-like covering; flower spikes often with large, brightly coloured floral bracts. Most rely on hummingbirds for pollination and thus red predominates at flowering either in the leaves or parts of the inflorescence; flowers are generally quite small.

Many hybrids are known throughout the world, with well over 1000 originating in Australia alone. A full listing of Australian hybrids is available in Butcher (1997). A world listing is available from the Bromeliad Society International (http://bsi.org).

Bigeneric hybrids: Bigeneric hybrids have only occurred within (not between) each of the subfamilies. This indicates a clear cut evolutionary division between them. The names are a combination of part of the name of each of the parents. These are not easily produced and in all cases are sterile. A few of the more common ones are listed.

×Orthotanthus 'What' Allegedly Orthophytum saxicola x Cryptanthus 'It' but is actually O. saxicola with pale variegations on the leaves.

All keys to be used as a guide only. 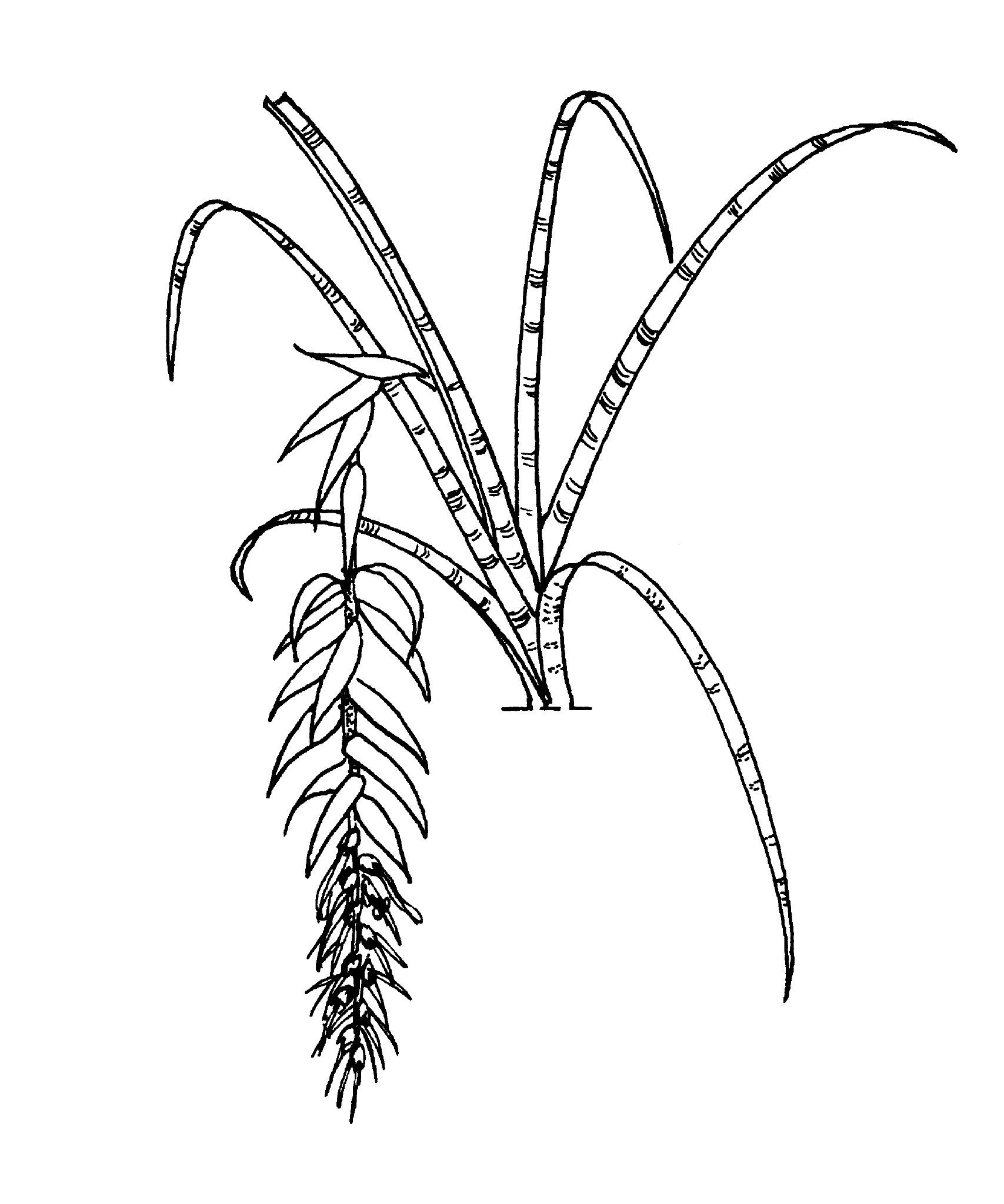