Named after Elias Tillands, Swedish botanist and physician (1640–1693) who was terrified of travelling over water. Linnaeus showed a certain sense of humour in naming a genus known for its survival in the driest of conditions after him.

Herbs of very variable habit, sometimes stalkless. Leaves in a rosette, fasciculate or distributed on the stem, many-ranked or distichous, entire. Inflorescence many-ranked, distichous or reduced to a single flower; sepals convolute, usually symmetrical, free or variously united; petals free; stamens of various lengths relative to petals and pistil. Ovary superior. Seed erect, narrowly cylindrical or fusiform with a feathery appendage at the base.

Plants available in nurseries are sometimes attached to 'fridge' magnets which may increase sales but decreases the plant's life span. A 'fridge' is generally in the darkest part of the kitchen and these plants need light. Somewhat erroneously called Air Plants by nurseries whereas they do need moisture and air to survive. Given moisture and air movement, they can be grown as true epiphytes glued or attached to a piece of wood.

Hybrids: These occur in the wild but few have been imported. Man-made hybrids also occur but as they take over ten years to reach maturity they are also few. Many of the new hybrids are less colourful than their parents and not in demand.

Mainly by offsets. Can be grown from seed but this is very slow taking 5-10 years or more to flowering.

Tillandsia usneoides was used in the upholstery of Model T Ford cars.

Leaves are covered with minute scales (trichomes) which give the plant a grey or silvery look. Trichomes' ability to absorb moisture means that the true green colour of the leaf, shows through quickly when they become saturated with water.

About 500 species from tropical America with the widest distribution of any genus in the Bromeliaceae. 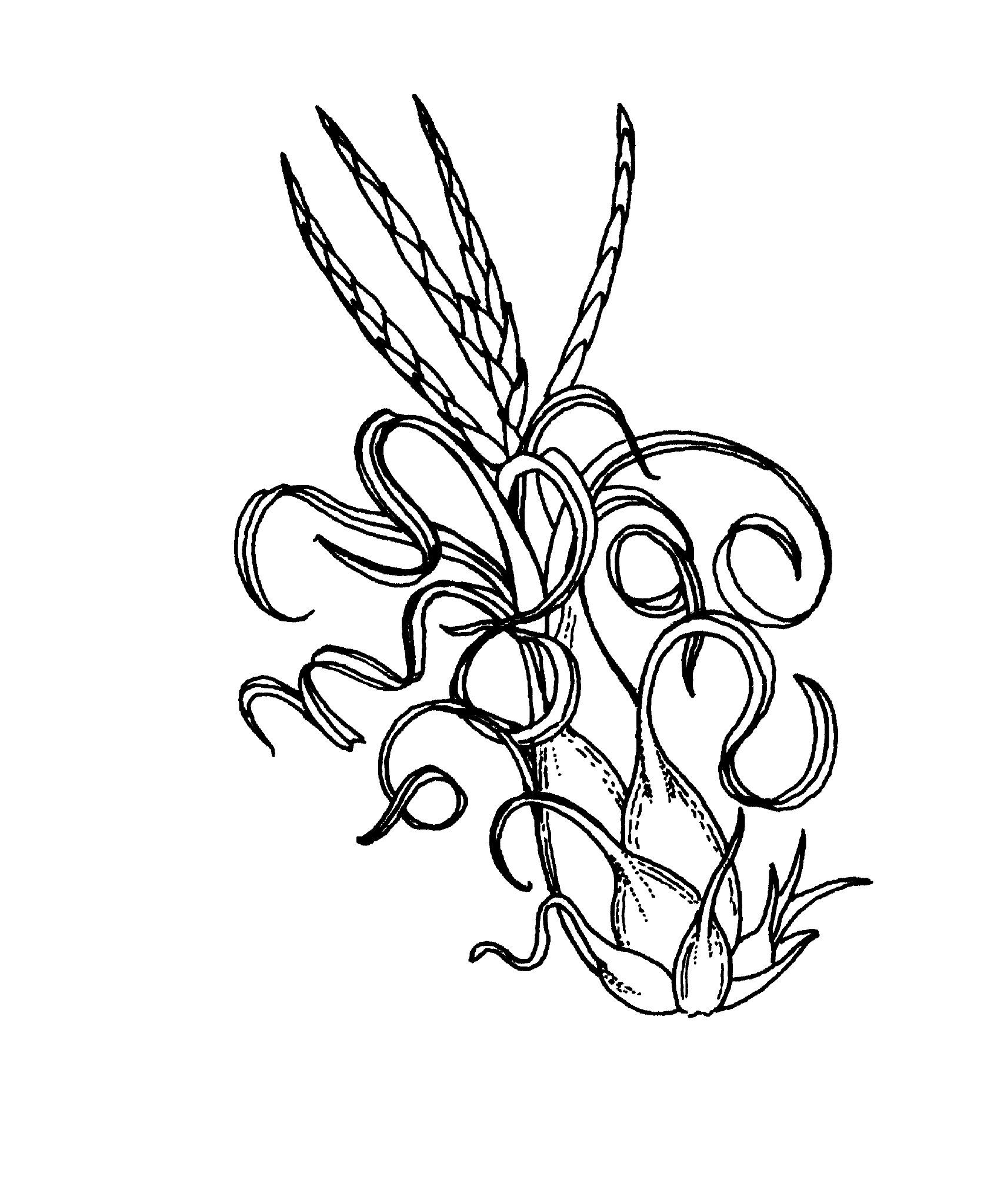