Greek myo — I close, poros — pore, referring to the closed appearance of the leaf glands

A genus with species useful for ornament, groundcover and hedging.

Seed or cuttings, groundcovers by layering.

About 30 species from SE Asia to the Pacific and Mauritius. Australia has about 17 species, 16 endemic.

Key to the species of Myoporum 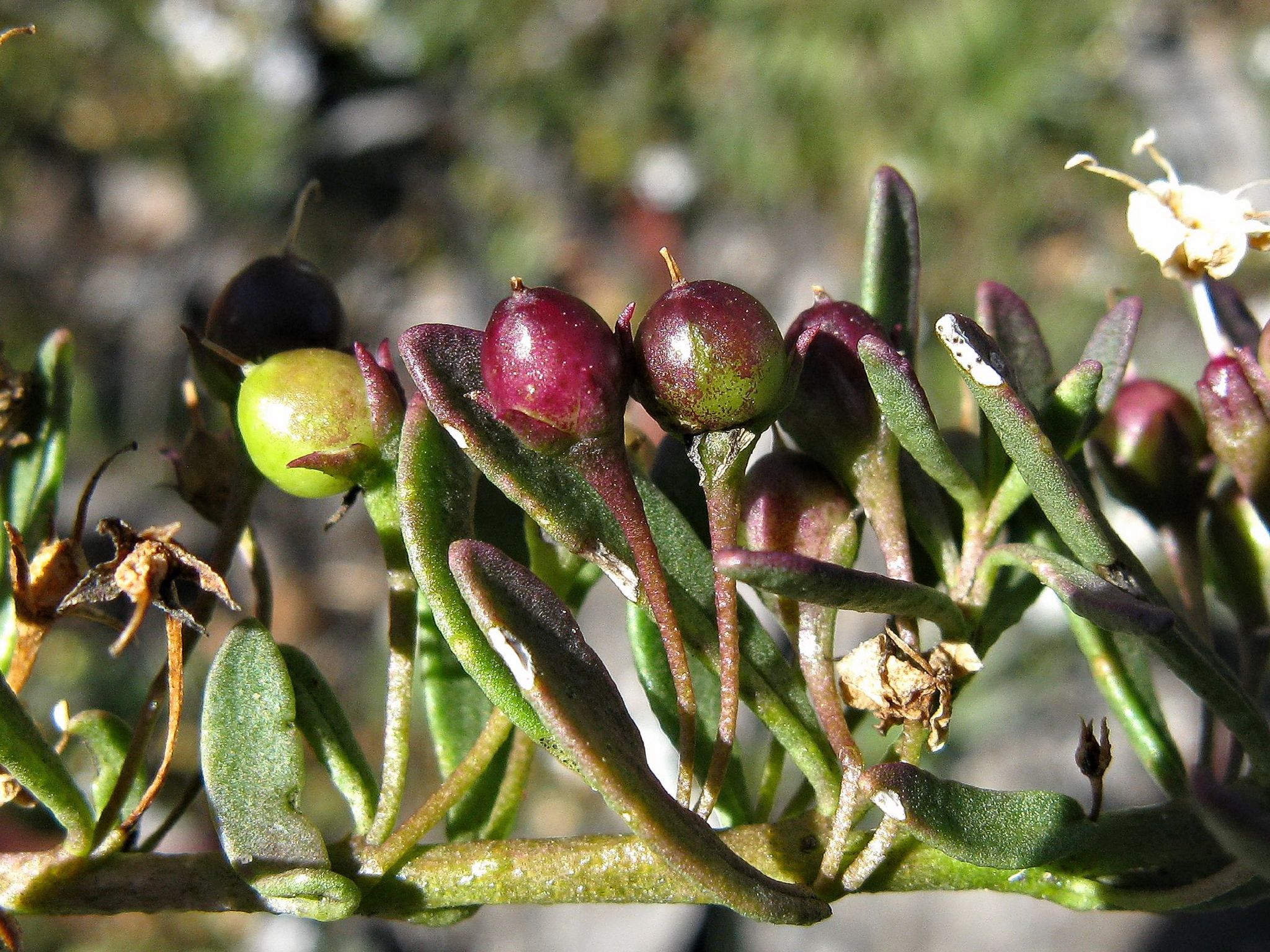