Greek syrinx — reed, after the nymph who, in mythology, was transformed into a reed, hence also a hollow-stemmed reed pipe. The common name is derived from the Persian nilak, meaning bluish.

Grown, often as hedges, for the fragrant flowers in spring.

Softwood cuttings; cultivars by grafting to privet stocks or lilac seedlings, or by budding. Care should be taken to avoid the rootstock overtaking the scion. Also stratified seed, root cuttings and layers.

Source of a perfume extract used in cosmetics, etc. S. vulgaris stems are used as pipes.

Capsule springing open at maturity (in contrast to the drupe-like fruits of the closely related Ligustrum).

About 25 species from SE Europe and Himalaya to E Asia.

Key to the species of Syringa 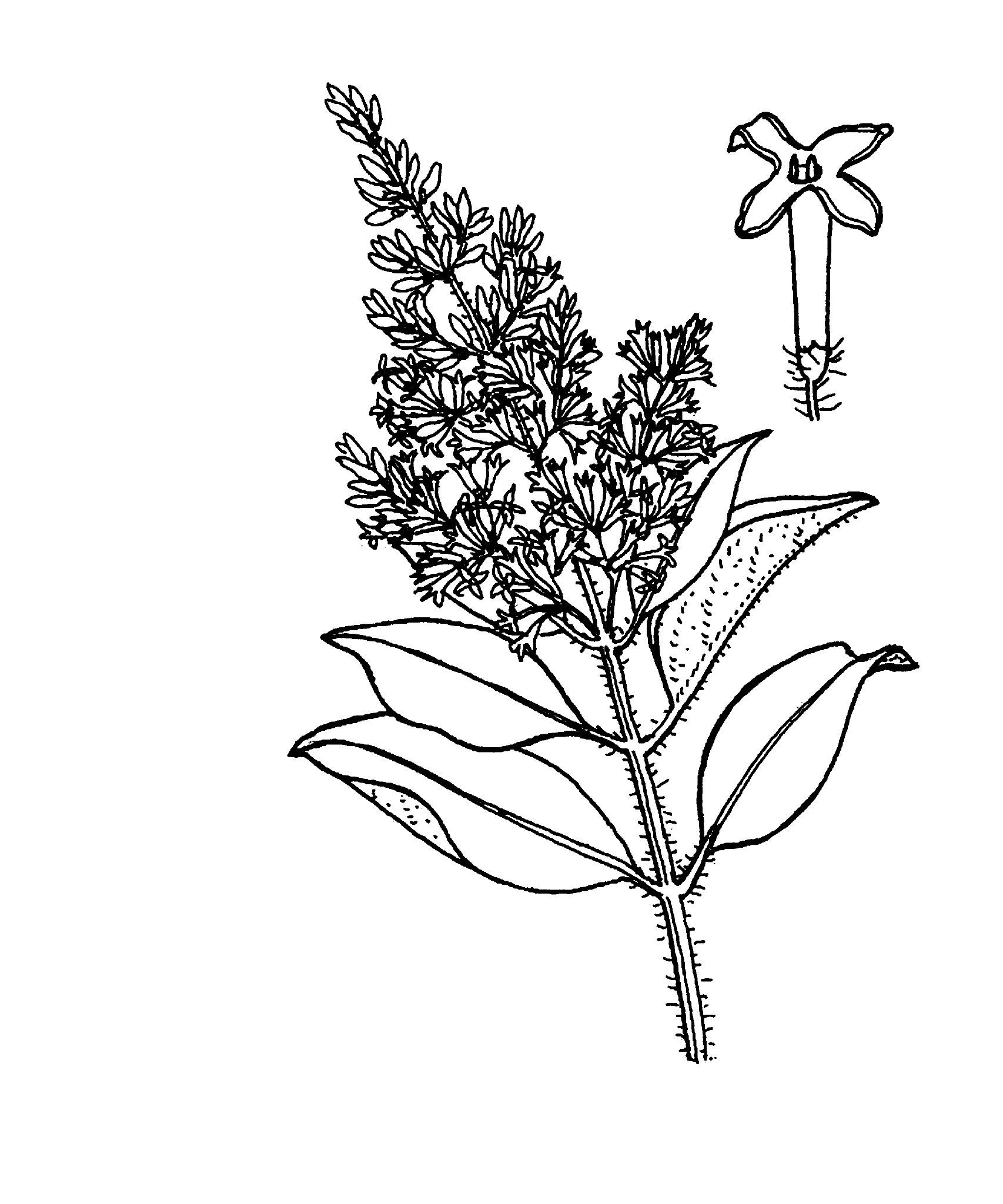