Deciduous or evergreen trees and shrubs, sometimes climbing or scrambling. Leaves simple, mostly entire and opposite (alternate in Jasminum), occasionally pinnately compound; stipules absent. Flower clusters terminal or axillary. Flowers regular, mostly bisexual, often with a nectar disk at the base of the ovary. Sepals 4, united, the lobes arranged edge to edge in bud. Petals generally united and with 4 lobes, occasionally absent. Stamens 2(3,4), alternating with and attached to the petals. Carpels 2, united. Ovary superior, usually 2-chambered with 2 ovules in each chamber; placentation axile. Fruit a drupe, capsule, berry or dry 1-seeded samara.

It is not certain which families are closely related to the Oleaceae and for that reason this family is often placed in its own order.

Abeliophyllum distichum Nakai from Korea is occasionally cultivated; it is a deciduous shrub to 1 m tall with white flowers about 0.5 cm wide and a winged fruit (samara) with the wing extending around the seed.

Picconia excelsa from the Canary Islands is rare in the wild and Australia has just a few specimens in cultivation. A fine specimen can be seen in Yass at Cooma Cottage (now a National Trust property) the former country home of Hamilton Hume who with William Hovell pioneered the route from Sydney to Melbourne in 1824 that became the Hume Highway. Hume acquired the property in 1840 and the tree is one of a pair planted in a carriage loop at the rear of the house. Other specimens can be seen at Grimwade House in Caulfield, also at Geelong and Melbourne Botanic Gardens (Bryant 2018).

Olives and their oil extract are harvested from Olea europaea; perfumes are extracted from several genera (notably Jasminum and Syringa); timber is obtained from Fraxinus and several other genera.

Flowers 4-parted but with 2 stamens that are fused to the petals; ovary superior with 2 chambers.

24 genera with about 900 species, more or less cosmopolitan with most species in Asia and Malesia. Australia has 6 genera and about 30 species.

Key to the genera of Oleaceae 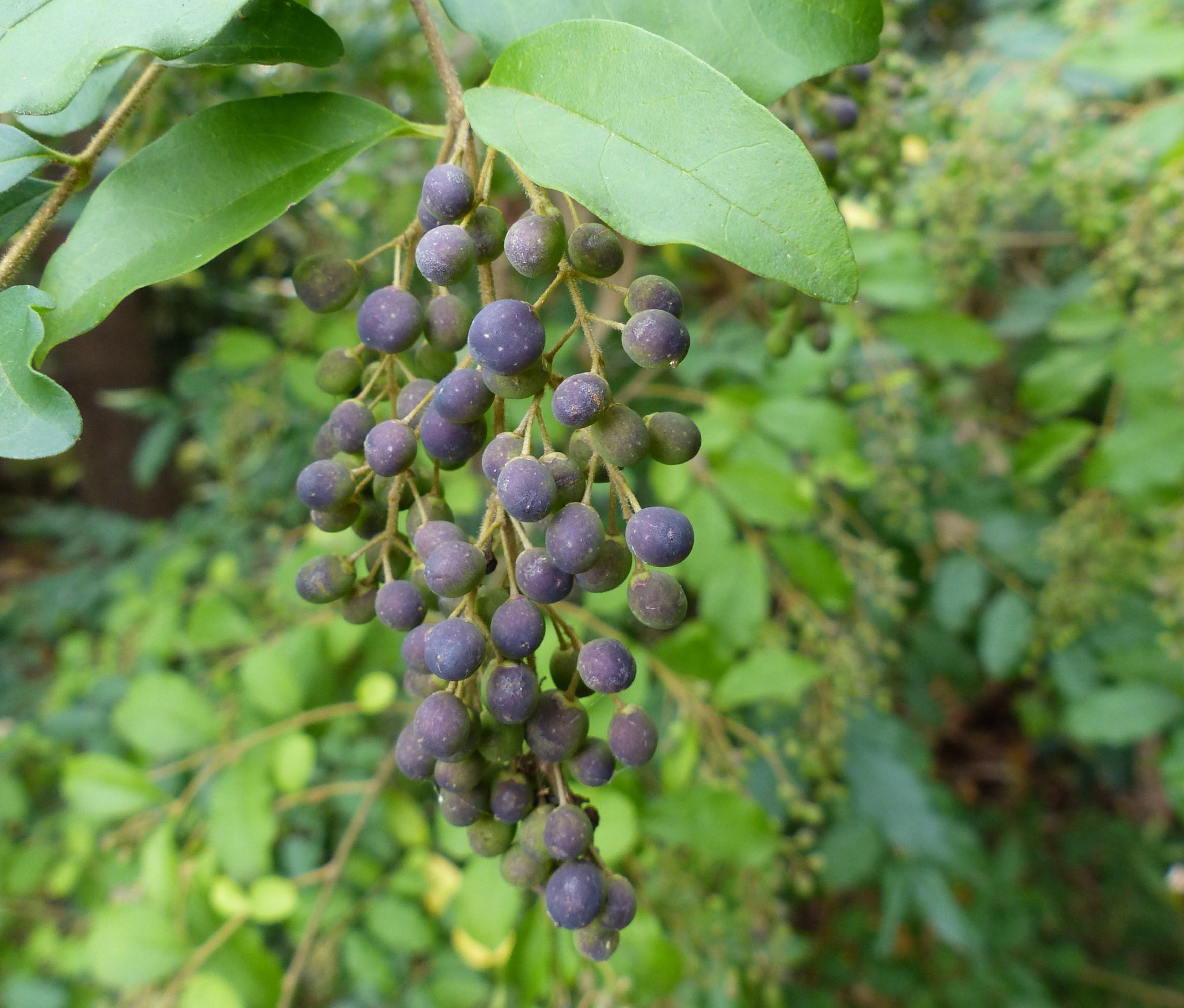