Latin name for the maple also meaning ‘sharp’, in reference to the hardness of the wood, which was used by the ancient Romans for making spears.

Grown for the appealing leaves and, in many cases, attractive patterned bark. Background information on cultivars has been extracted from Vertrees (1987), De Jong (1990) and van Gelderen et al. (1994).

About 120 species, mostly in China and Japan but also Europe, Asia, N America and N Africa.

Widely used in buildings for construction as well as floors, furniture etc. Sycamore is still used to make the frames and pegs of violins. The sap is used widely as the source of maple syrup and honeys.

Leaves opposite; samara fruits propeller-like and known as 'keys', double.

The key provided here is to the more commonly cultuvated species; to be used with caution, as many species found in specialist collections have not been included.

Key to the species of Acer 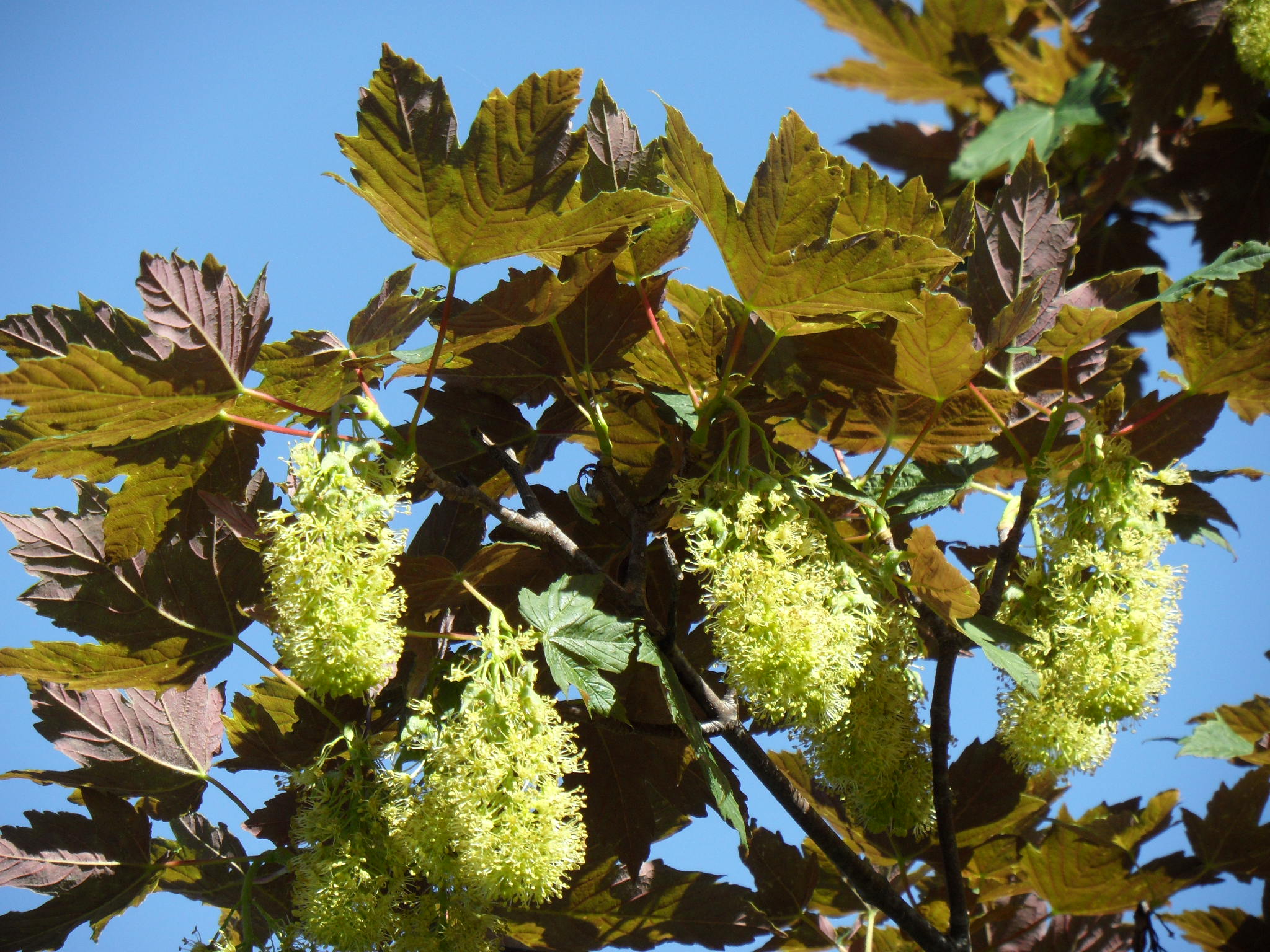