Trees, shrubs and tendril climbers, rarely herbaceous, plants usually monoecious, dioecious, or polygamous (e.g. Aesculus), evergreen or deciduous. Branches sometimes in opposite pairs (in Acer). Leaves alternate and spiral, or opposite, simple, trifoliate or (bi)pinnate or palmate with 3-11 leaflets,  petioles generally swollen; stipules absent or minute. Flower clusters terminal or axillary. Flowers regular  or irregular (e.g. Aesculus) and mostly unisexual, sometimes solitary and with a disk. Sepals usually 4–5(–10), usually fused at the base and unequal. Petals (0–) 4–6, free, often clawed, usually with more or less basal appendages on upper surface. Stamens  4–12(–74), usually 8, filaments free, usually pubescent or papillose; nectary disc present or absent, if present inserted within or on nectary disc, reduced in females, exserted in males, anthers 2-locular, longitudinally dehiscent. Ovary superior or half-inferior, of 2 or 3 fused carpels, ovules 1 or 2 per loculus, usually with axile placentation; style 1 or 2, stigmas 2 or 3, minute or expanded . Fruit a drupe, schizocarp, or more often a capsule and then dehiscence loculicidal, septicidal or irregular, or sometimes via valves breaking away from septa; seeds usually one per carpel, with or without aril.

A mostly tropical and subtropical family with a few trees and shrubs grown in warm-climate gardens. Rainforest trees are sometimes grown in specialist collections. Many species contain soapy saponins in the bark, twigs, leaves and fruit.

About 145 genera and c. 1900 species, mostly from tropical and subtropical, with a few genera most diverse in temperate regions; 30 genera and 190 species in Australia.

An economically important family containing many plants with edible fruits: Blighia sapida, Akee; Dimocarpus longan, Longan; Litchi chinensis, Lychee, (first introduced to Australia by the Chinese in the gold rush days but superior cultivars imported in the 1920s and 1930s. Commercial plantations arose in the 1980s in NSW and Qld. Popular cultivars include 'Bengal', 'Haak Yip' and 'Kwai May Pink'); Nephelium lappaceum, Rambutan, (introduced to Australia in the 1890s but superior cultivars only introduced in the 1960s. There are currently about 50 cultivars introduced from SE Asia and grown commercially, mostly in Qld between Cairns and Tully). Medicines are extracted from Paranephelium; fish toxin from Jagera; timber from Harpullia and Pappea; stimulating drinks from Diploglottis australis and Paullinia species (especially P. cupana in Brazil); and soap substitutes from the saponins found in Sapindus and other genera. The family contains numerous ornamentals including Acer (Maple), Aesculus (Horse Chestnut), Cardiospermum (Balloon Vine), Harpullia, and Koelreuteria (Goldenrain Tree).  Acer pseudoplatanus, Sycamore, produces an excellent timber, as do other species in the genus as do some species of Aesculus; maple syrup is extracted from Acer saccharum, and sugars are extracted from other species.

Dipteronia (the other genus that was included in the family Aceraceae) has 2 species in China, and differs from Acer in having seeds with a circular membrane. Although attempts have been made to grow this genus at the Royal Botanic Gardens, Melbourne, these have proven unsuccessful.

Recognisable by their often spiral, pinnately-compound leaves with subopposite leaflets or leaves alternate and usually without stipules; flowers mostly unisexual; petals usually with more or less basal appendages on upper surface; filaments usually pubescent or papillose; fruits usually have only a single seed per carpel, and are often lobed or winged.

Key to the genera of Sapindaceae 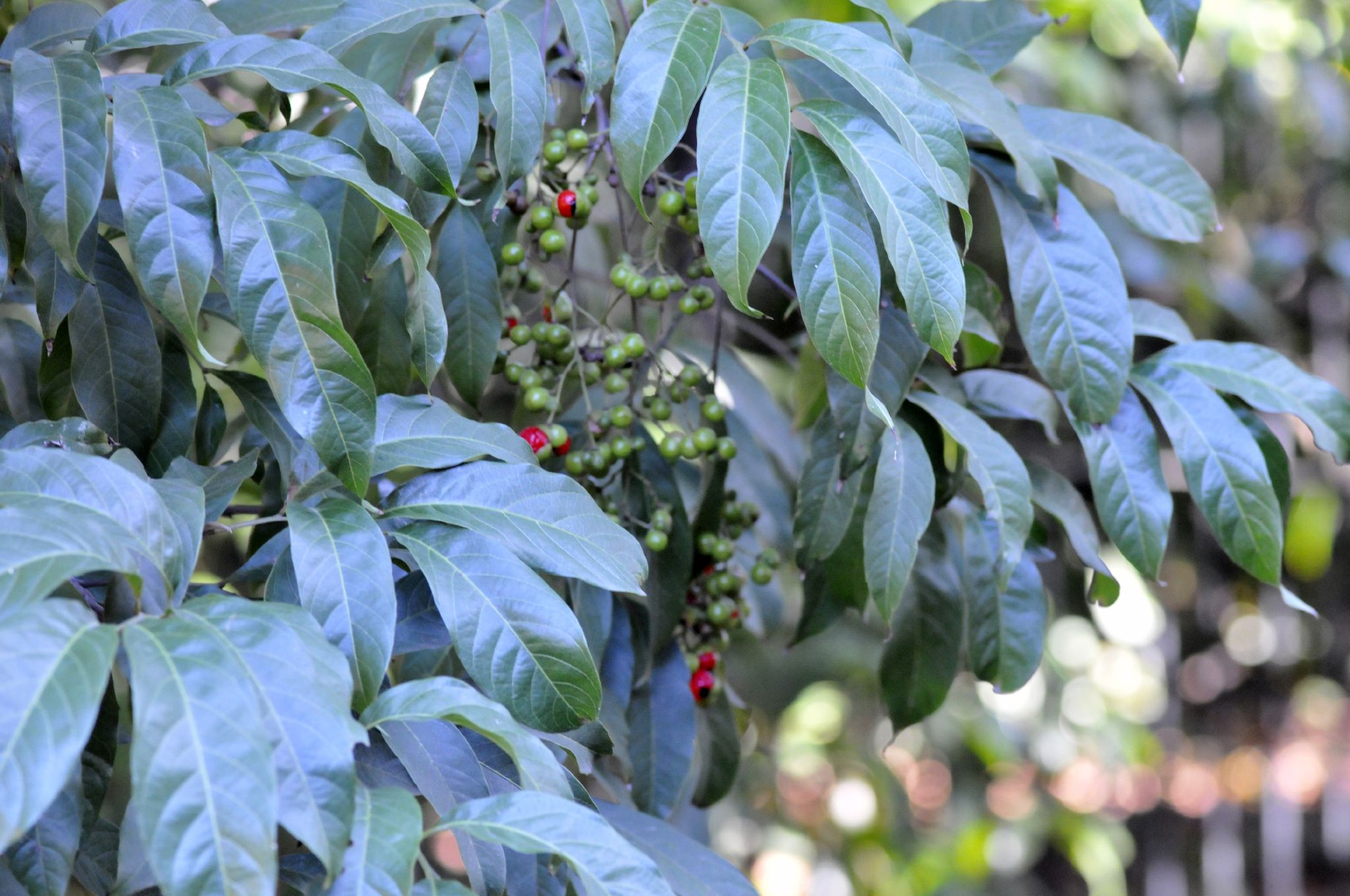