Latin aquila—eagle; referring to the eagle-like outline of the petals.

Perennial herbs. Leaves at the base of the clump divided into 3s. Leaf stalks with swollen bases. Stem leaves less dissected than others. Flowers terminal, erect or nodding, mostly on branched stems. Sepals 5, petal-like. Petals 5 with lip and usually 2 long, straight or hooked, backward-pointing spurs. Stamens numerous, the innermost ones membranous and sterile, sometimes protruding from the flower. Carpels mostly 5, free. Fruit of many-seeded follicles.

Various long-spurred hybrid groups have been developed and are derived chiefly from A. vulgaris, A. chrysantha and A. caerulea: most flower in spring and have petals that are paler than the spurs. Perhaps best known of these in SE Australia are the showy McKana hybrids with large flowers 7-9 cm long from stamens to spur tip and often brightly coloured in red and yellow, or yellow, purple and maroon (as well as other colours) and sold in packet seed. Hybrids are sometimes referred to, incorrectly, as A. ×hybrida, a name of no botanical standing.

Specialist nurseries stock a wider range of species than those considered here. The key to species should be used with this in mind. Note also that many colour cultivars exist within A. vulgaris; rarer species are treated in the key only and not described.

About 80 species from northern temperate regions.

Key to the species of Aquilegia 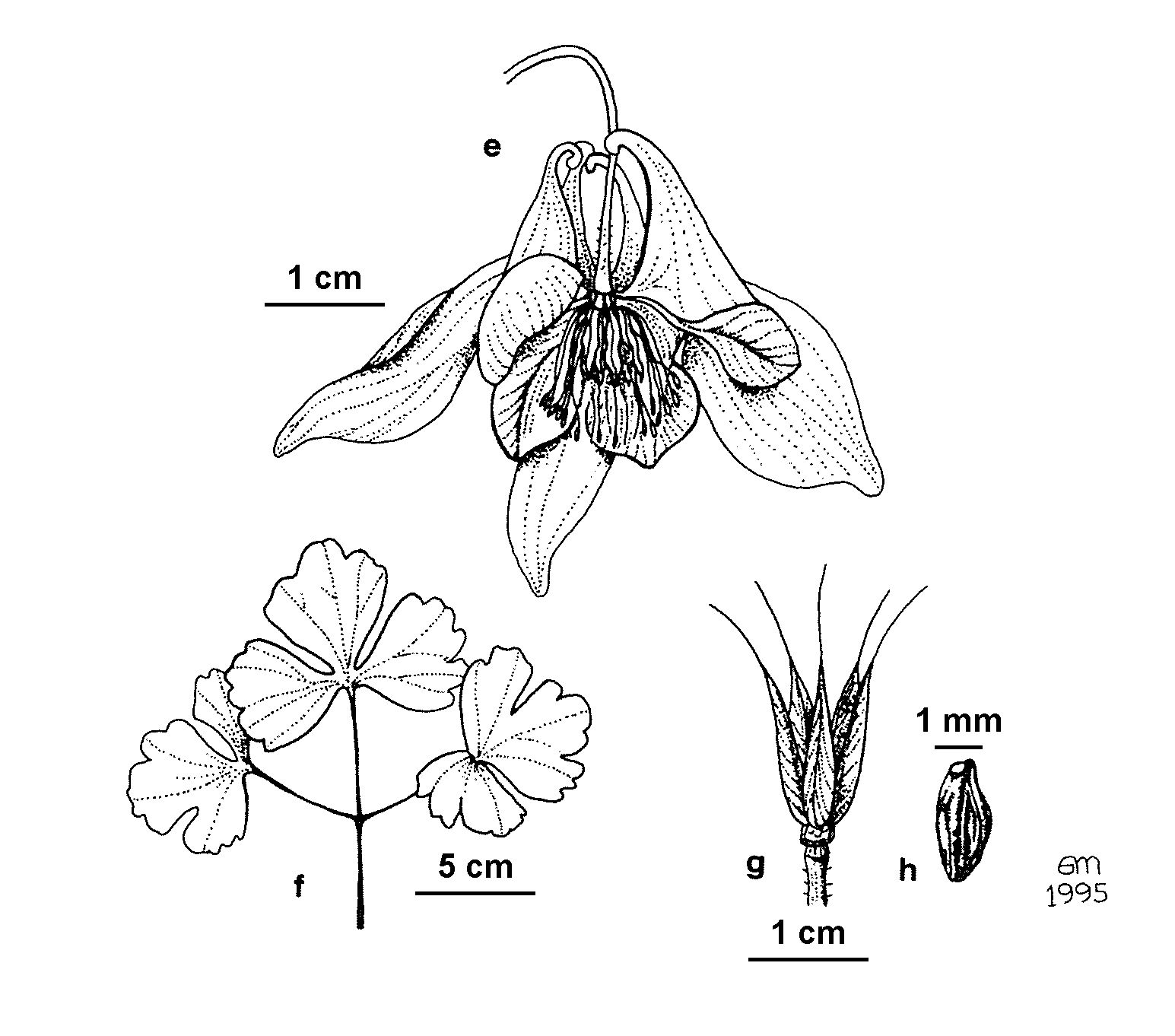