Evergreen, or sometimes deciduous, shrubs or trees, lianes, or rarely, herbs, sometimes epiphytic. Leaves alternate and spiral, opposite or whorled, simple, sometimes sheathing at base, sometimes pungent at apex, venation often palmate or parallel; stipules absent. Flowers usually bisexual, rarely unisexual, regular, in racemes, spikes or panicles, sometimes solitary and terminal or axillary, each usually subtended by 2 bracteoles and 1 or more bracts; sepals (3–)4–5(–7), persistent; petals equal in number to sepals, usually at least partially fused to form a cylindrical or urn-shaped corolla; stamens 4 or 5 or rarely 8–10, and alternating with corolla lobes, or in 2 series and usually twice as many as petals; filaments free or adnate to corolla; anthers opening by a single longitudinal slit or by apical pores or slits, with (usually) or without apical or dorsal appendages; ovary usually superior, 1–10-carpellate, with as many locules as carpels (rarely unilocular or with twice as many locules as carpels), placentation usually axile or parietal; ovules usually numerous (rarely solitary) per locule; style solitary. Fruit a septicidal or loculicidal capsule, or a berry or drupe, occasionally separating into pyrenes. Seeds usually numerous, small, sometimes winged.

Most species grow naturally in acidic soils and have associated mycorrhiza. An important family horticulturally as it includes Rhododendron with about 1000 species and many thousands of cultivars, and Erica with about 860 species: few genera are grown in Australia as most are cool climate plants. Several genera are used for cool climate rock gardens. Kalmia is known to be poisonous to stock, especially sheep.

The genus Bruckenthalia Rchb. with the single species B. spiculifolia Rchb., Spike Heath from S Europe and W Asia, which was previously   separated from Erica on the basis of having the stamens attached at the base of the corolla and in having only a minute disk is now included in Erica, is sometimes cultivated.; Cassiope, a cool climate plant from N Europe and N Asia to Himalaya, which has narrow scale-like overlapping leaves and deciduous corolla; Cavendishia, grown as C. bracteata (J. St Hil.) Hoer from tropical America, which has brilliant scarlet flowers and grows well in Melbourne [C. acuminata Hemsl.]; and Ledum, a cold north-temperate genus with free petals, which is now included in Rhododendron.

Key to the genera of Ericaceae 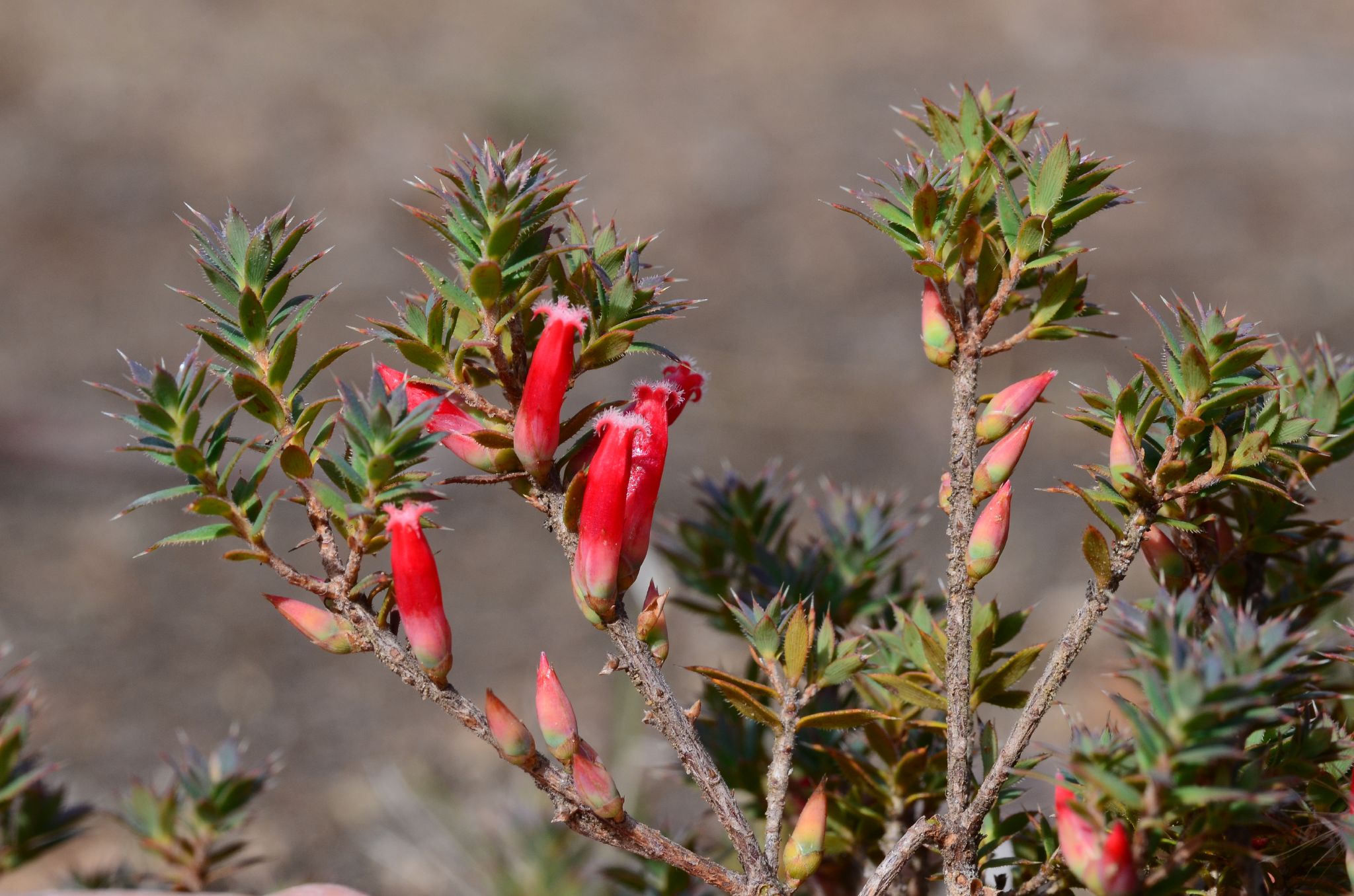