From an old Arabic name, possibly from alloch, referring to the species used medicinally.

Trees, shrubs or herbs, with fleshy, fibrous roots.leaves arranged in rosettes or rarely 2-ranked, the surfaces glabrous or spiny; margins usually dentate or ciliate, rarely entire. Inflorescences thick, branched or simple; racemes condensed to long-cylindrical. Flowers irregular, without a noticeable basal bulge, red to yellow (rarely white). Stamens maturing before the ovary, protruding from the flower when the pollen is shed.

About 13 species are commonly cultivated; however specialist collections may contain over 100 species and numerous cultivars particularly of the miniature species.

Seeds or suckers. Most species are frost intolerant and require warm conditions with good light.

Over 350 species in Africa, Madagascar and the Arabian Peninsula.

Key to the species of Aloe 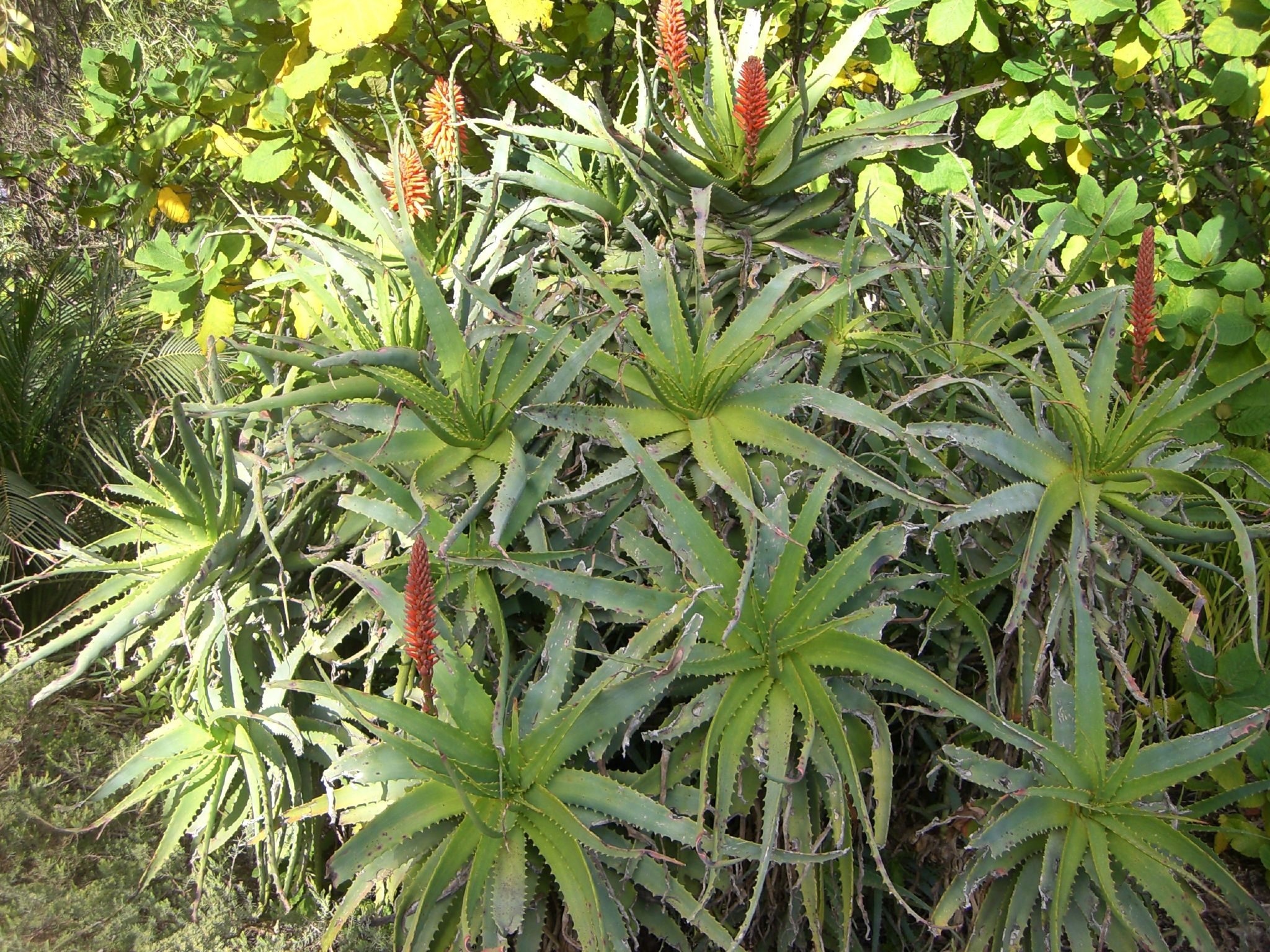