From the Latin solamen — solace or comfort, possibly referring to the reputed narcotic properties of the type species.

Many species have become weeds, especially after fire, others are poisonous.

Anthers opening by a pore or small slit; fruit a berry.

About 1500 species, with a centre of distribution in tropical and subtropical C and S America and lesser centres in Australia and Africa. Australia has about 94 species, of which 87 are endemic.

Key to the species of Solanum 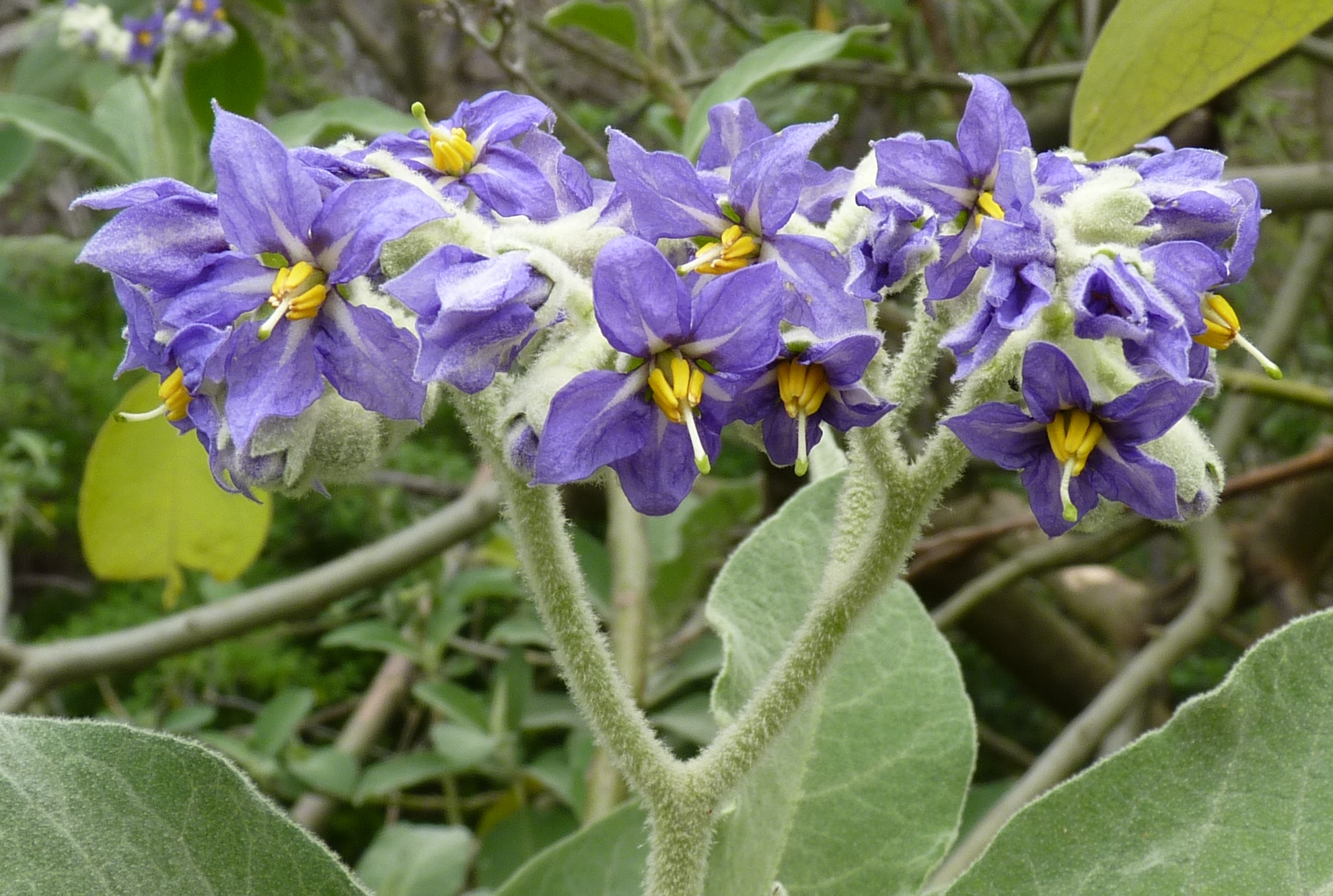