Arabic ribas, meaning acid-tasting, in reference to the acrid fruits of some species

Mostly deciduous shrubs. Shoots sometimes with bristles or thorns. Leaves alternate, simple, generally palmately lobed and toothed; stipules absent. Flowers mostly bisexual, occasionally with sexes on separate plants, solitary or in clusters. Parts mostly in 5s, rarely 4s. Sepals generally petal-like and longer than the petals, which are attached to the throat of the calyx tube and often scale-like. Ovary inferior, with 1 chamber; styles 2. Fruit a berry, with the remains of calyx persistent.

Commercial production of currants and gooseberries is confined to Tas and S Vic and is on a small scale for specialist markets.

Mostly by hardwood or semi-hardwood cuttings.

Source of the edible currants and gooseberries.

Key to the species of Ribes 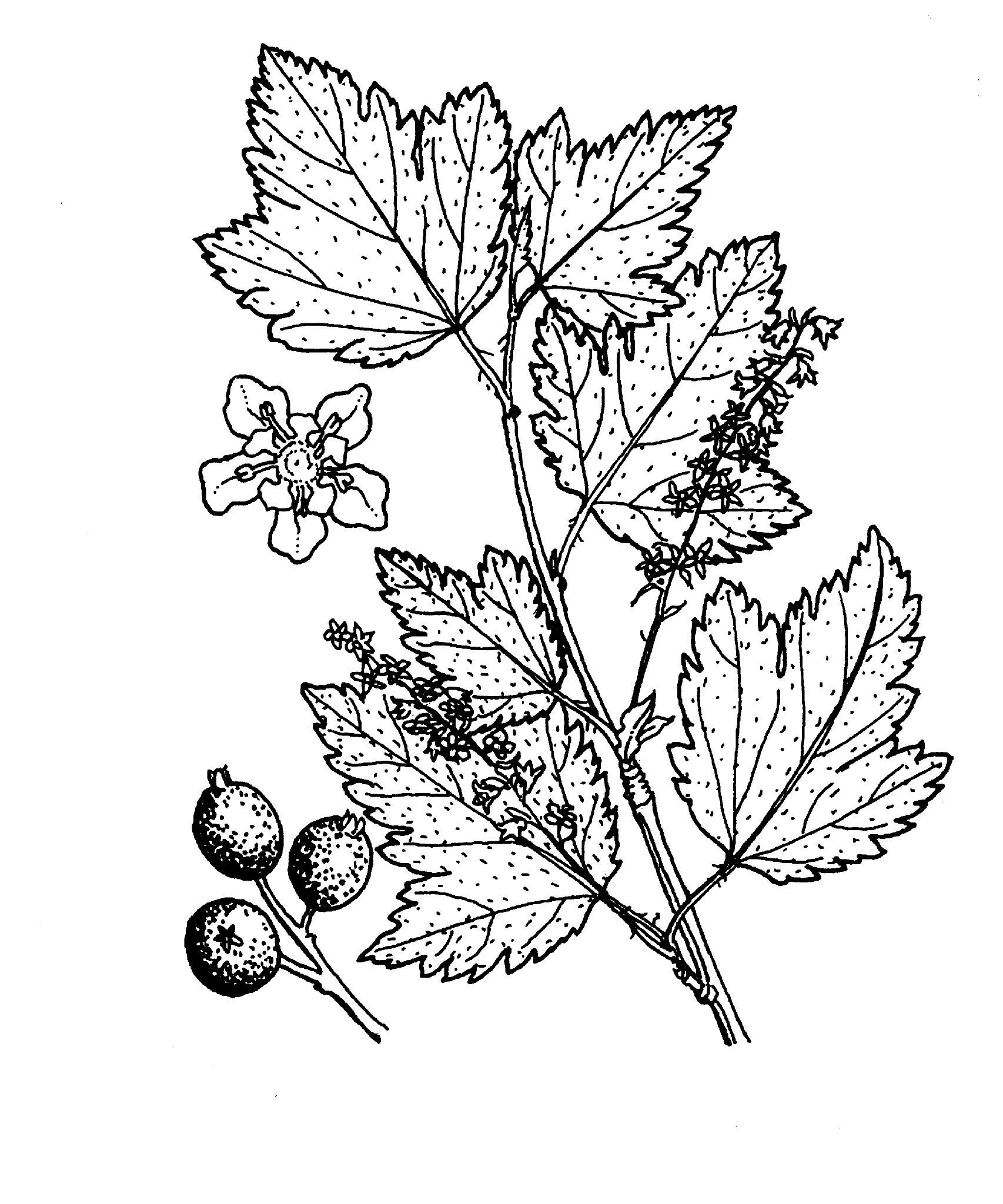