Greek pimele — soft and fat, referring to the oily seeds or succulent cotyledons.

Grown for the attractive formal habit and dense, mostly pompon-like flower heads. Sometimes grown in containers. A few species form attractive prostrate clumps. The common name may be derived either from the hard, rice-like seeds, or from the flower clusters which, in some species, look like bunches of rice.

Some species are regarded as toxic to stock.

Key to the species of Pimelea 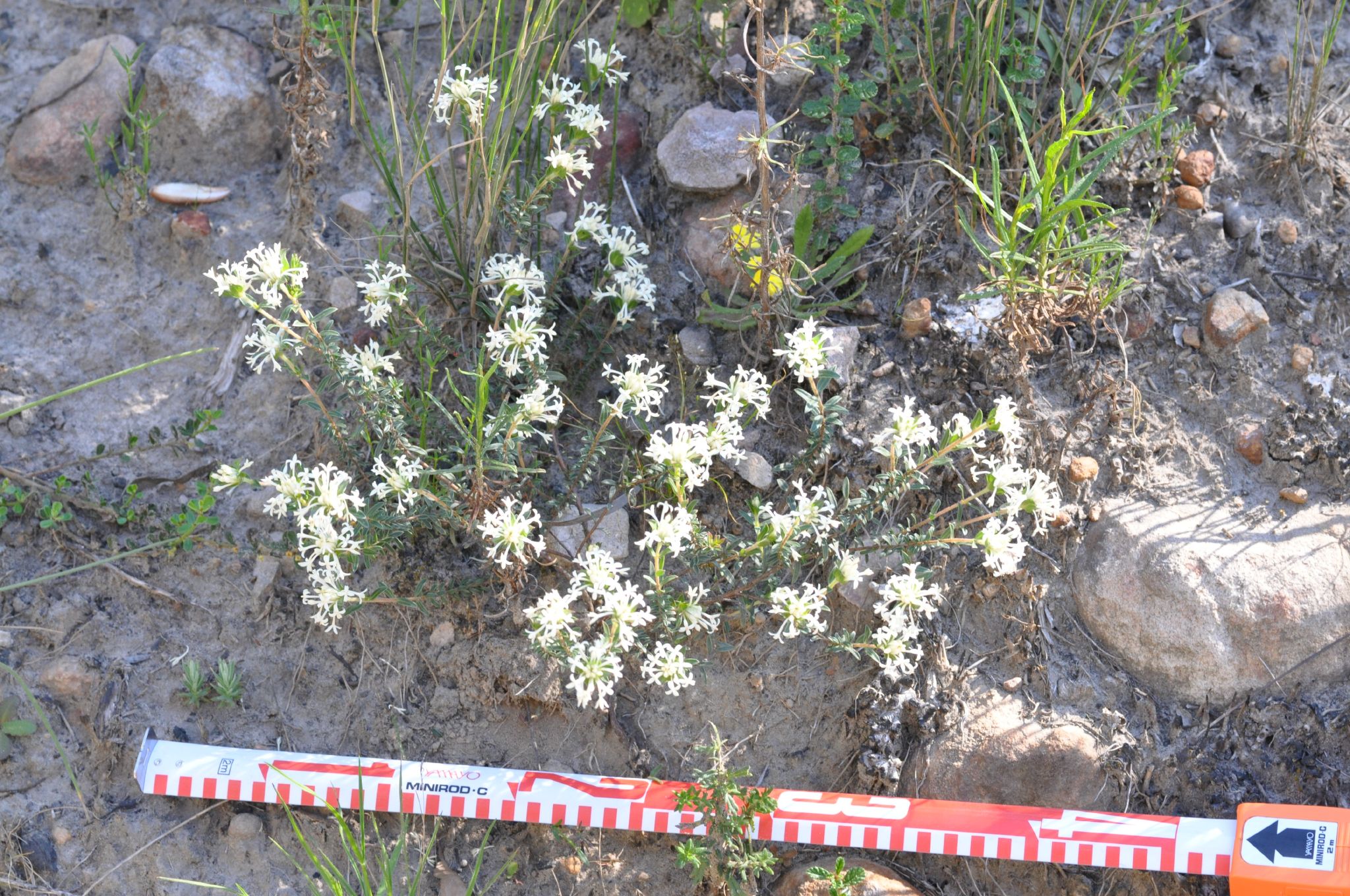