Greek kytisos — a kind of clover.

Grown for general hardiness, flowers and foliage. The readiness of species to hybridise has produced identification problems in horticulture.

Cytisus and Genista are at the centre of taxonomic difficulties in describing and delimiting the genera Chamaecytisus, Cytisus, Genista, Retama and Teline. The account here follows Polhill and Raven (1981). The difficulties remain with the description of species, including naturalised plants. Some botanists regard the most important characters in distinguishing Cytisus and Genista as being the appendaged seeds and 2 short teeth of the upper corolla lip in Cytisus, and the deeply toothed or notched upper corolla lip and nonappendaged seed of Genista.

C. scoparius has been used for fibre and dyes, also as a source of nectar for bees, for soil binding in erosion control and occasionally as cut flowers for floristry.

Similar to Genista but with a curved keel and a style that is more or less evenly curved.

Key to the species of Cytisus 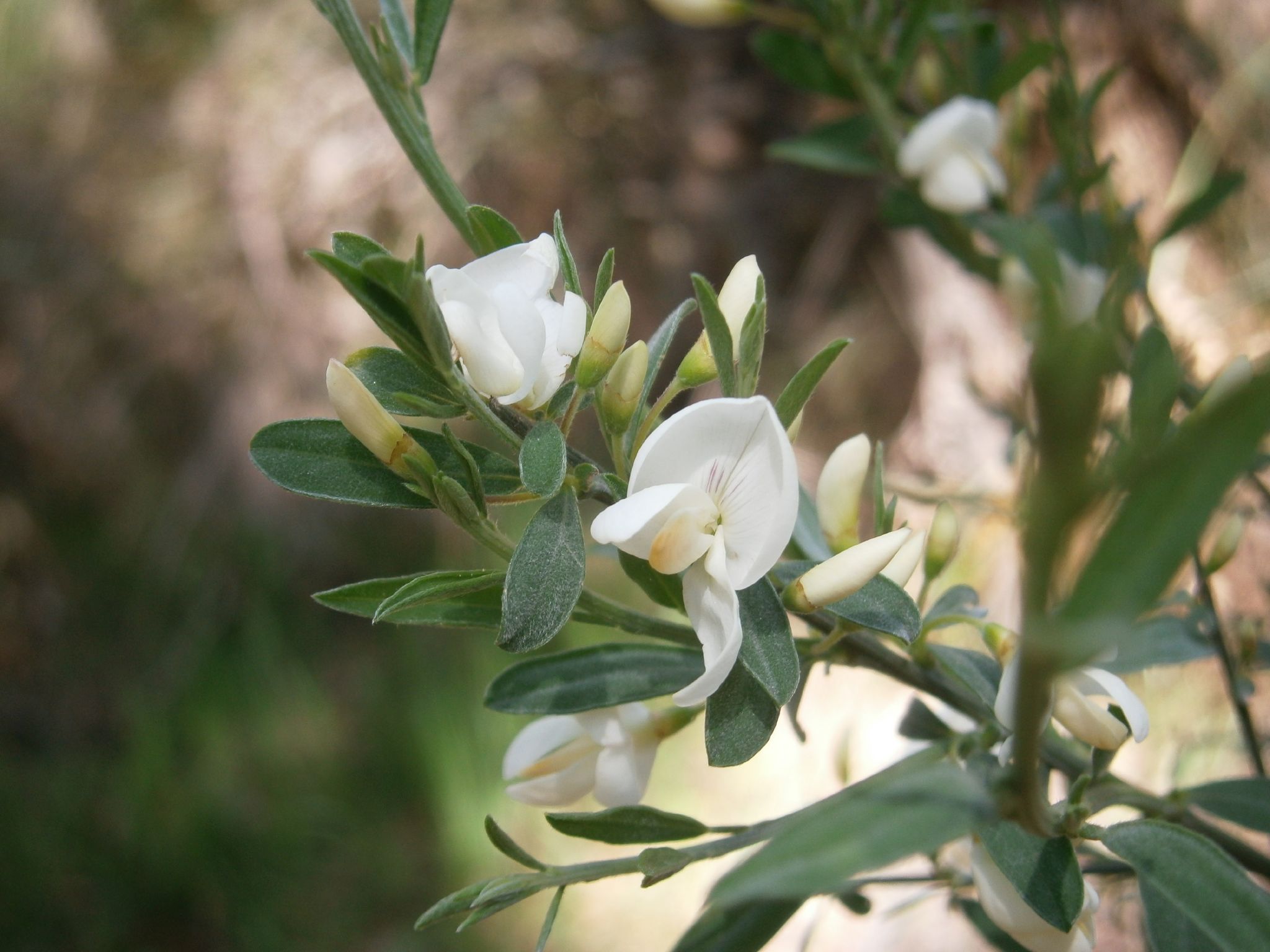