A large tree growing to about 30 m tall, mostly conical but extremely variable in habit, some fine older trees being broader. Generally broad at the base but contracting abruptly to a narrow-conical tip. Bark grey brown and peeling in strips. Branchlets pendulous and flattened in one plane, mostly divided only twice, the tips curved, smelling of new-mown grass when crushed. Leaves rich blue-green, closely pressed to the stem, incurved, blunt, with characteristic pale, translucent margins except on the new growth; glands inconspicuous. Male cones 3-4 mm long, mostly Oct-Nov. Female cones green to purplish-black at least at first, occasionally with a bluish bloom, ripening to dark red-brown, mostly 1-1.5 cm broad with 8-10 scales and often produced in large numbers. Seeds shiny red-brown, smooth.

Grows naturally in limestone at high altitude in the Himalaya. The most widely grown variant is narrowly conical with a broad base that narrows quite abruptly about half way up to give a spire-like tip; the narrow habit is similar to that of the Italian Cypress with which it is sometimes confused. Frequently used for avenue plantings, its resistance to cypress canker being advantageous. Occasional anomalous specimens are encountered with typical C. torulosa foliage but with large, waxy white cones like those of C. lusitanica. These hybrids may be seen, for example, in Tasmania at Richmond (St Lukes Church) and in Bathurst, New South Wales (where they are widely planted), and at Campbell's Creek Cemetery near Castlemaine in Victoria.

The epithet 'corneyana' has been used in at least 3 senses: 1. C. corneyana Knight & Perr. (syn. C. torulosa var. corneyana (Knight & Perr.) Carrière), which is now sometimes regarded as a synonym of C. lusitanica Mill. (Silba, 1984, 1987). 2. C. corneyana in the sense of Franco, now regarded as a synonym of C. cashmeriana (syn. C. torulosa 'Cashmeriana') (Silba, 1984). 3. A cultivar name: C. torulosa 'Corneyana', a name of uncertain application. The name may thus refer to several different taxa. There has been in the past, and still is, confusion over the application of this name in Australia and elsewhere, sometimes to variants with long, pendulous sprays and at other times to those with unflattened sprays. Cupressus corneyana has now been formally placed in synonymy under C. lusitanica with the option to use the name as a cultivar (Silba, 1984) but not all authorities agree with this. In Australia the name C. torulosa var. corneyana occurs frequently in nineteenth century nursery catalogues but the true identity of these trees has not been determined. The epithet corneyana is probably best avoided, the name C. torulosa being taken to include some variation of foliage and cones. 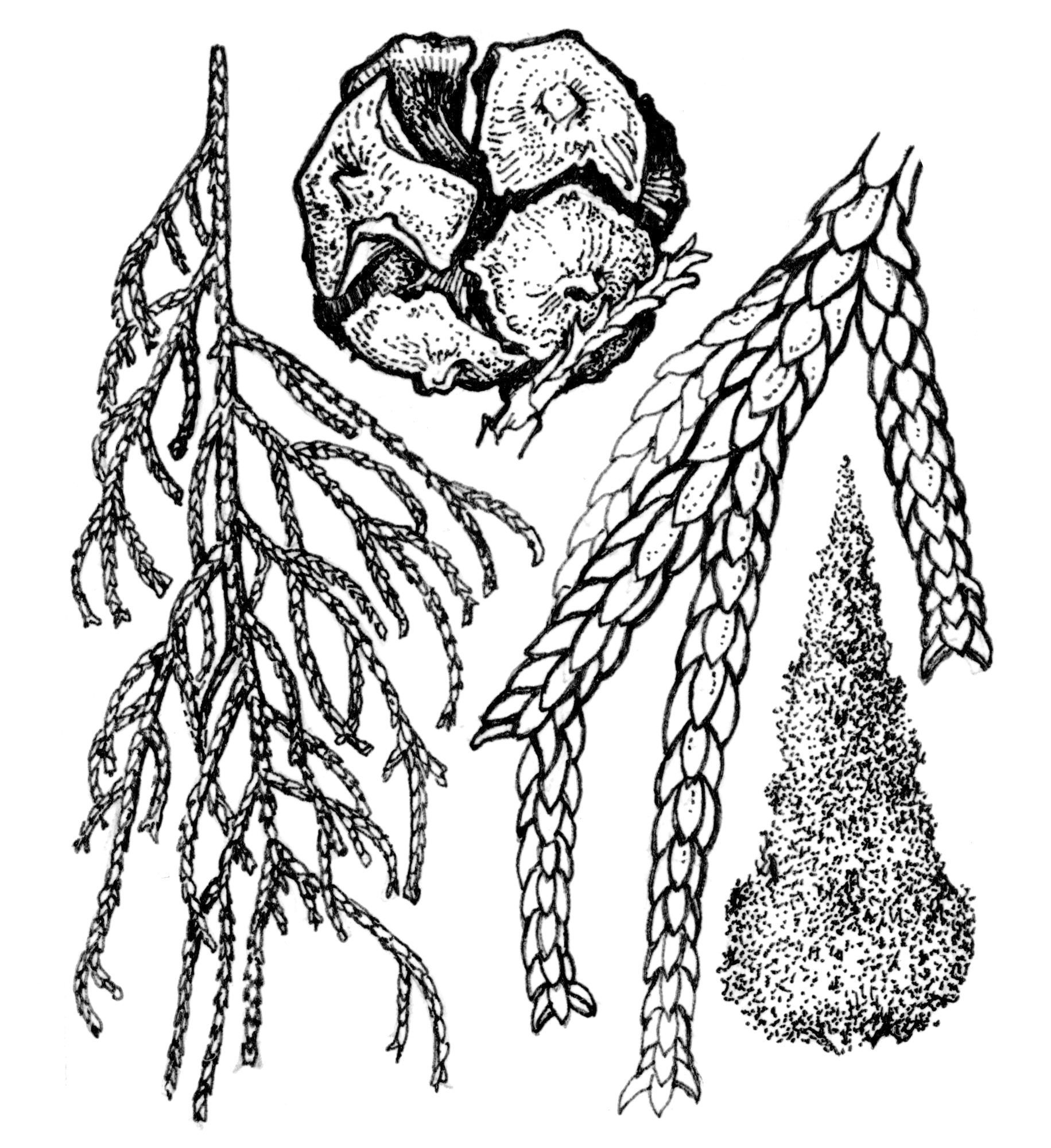 Slower-growing and more compact than 'Nana', does not revert back to original form. Grows c. 75 cm in 10 years. Selected as a sport on 'Nana' by John Emery, Drue Nursery, Berry, New South Wales, Australia.