Extremely variable in habit and intergrading with C. glabra and C. arizonica but always with waxy white cone scales. This species is known to hybridise with C. macrocarpa. The name C. lusitanica was coined by its author, Miller, for a tree known in English gardens since 1682 which he believed was a native of Portugal where it had been known since the mid 1600's (and presumably why he chose the epithet lusitanica). Later introduction of cypresses from Mexico into cultivation in Europe and elsewhere indicated that C. lusitanica originated from Mexico not Portugal. Some authorities consider the material from which early collections were made to be inadequate for satisfactory identification and propose the name Cupressus benthamii Zanoni for the Mexican tree with var. benthamii from N. Mexico having flattened branchlets and var. lindleyi (Klotzch) Mast. having angular branchlets.

Foliage bluish green; leaves pointed and ridged, with inconspicuous glands; cones waxy white. Similar to the relatively rarely cultivated C. arizonica from which it can usually be distinguished by its pendulous branchlets, bluer leaves, and more waxy white and less pointed cone scales, although possible hybrids between these species may be encountered. 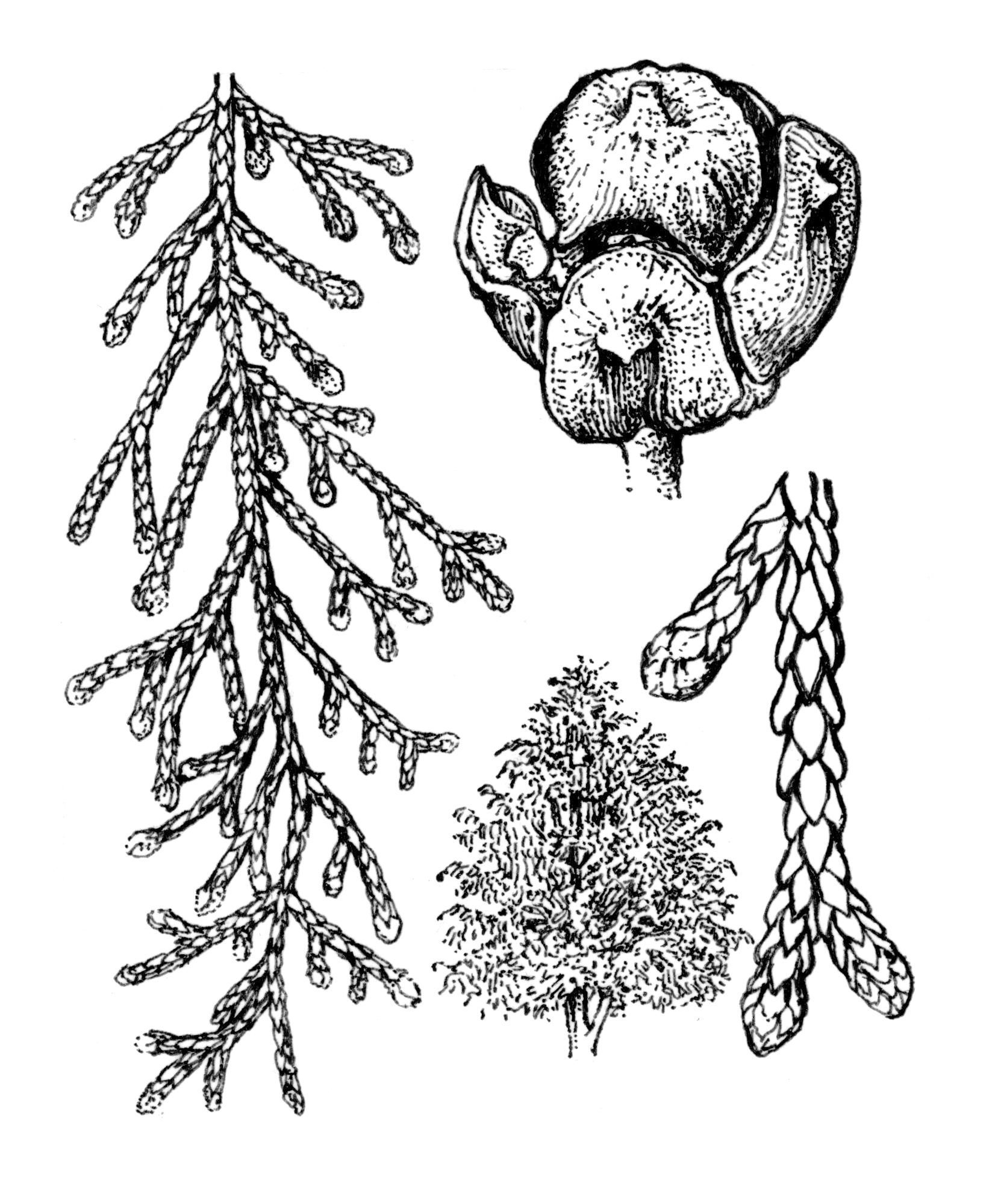 ('Gracilis') Forms a small, conical or spreading shrub with dense foliage and coning very early. Grows to c. 2 m tall and wide in 10 years. Originated as a witch's broom found in Moss Vale, New South Wales by P. Nitschke in 1982.