Commemorating William Dampier (1652–1715), buccaneer and explorer, who collected plants on the NWcoast of Australia in 1699 as commander of H.M.S. Roebuck.

Hairless or hairy perennial subshrubs. Flowers solitary or in terminal clusters. Sepals 5, small, free. Petals usually blue with a yellow throat but there are other colour forms, mostly white and pink, some eared at the base. Stamens with the anthers united in a tube around the style. Ovary inferior 1(2)-chambered. Fruit a nut, often with persistent sepals and other flower parts.

Grown for the prolific attractive blue flowers, often as suckering, spreading groundcovers or in baskets.

Cuttings or division, occasionally by seed.

Petals auriculate; anthers united in a tube around the style.

About 66 species endemic to Australia.

The key is to be used as a guide only to the more common species — only the most popular species are described and illustrated.

Key to the species of Dampiera 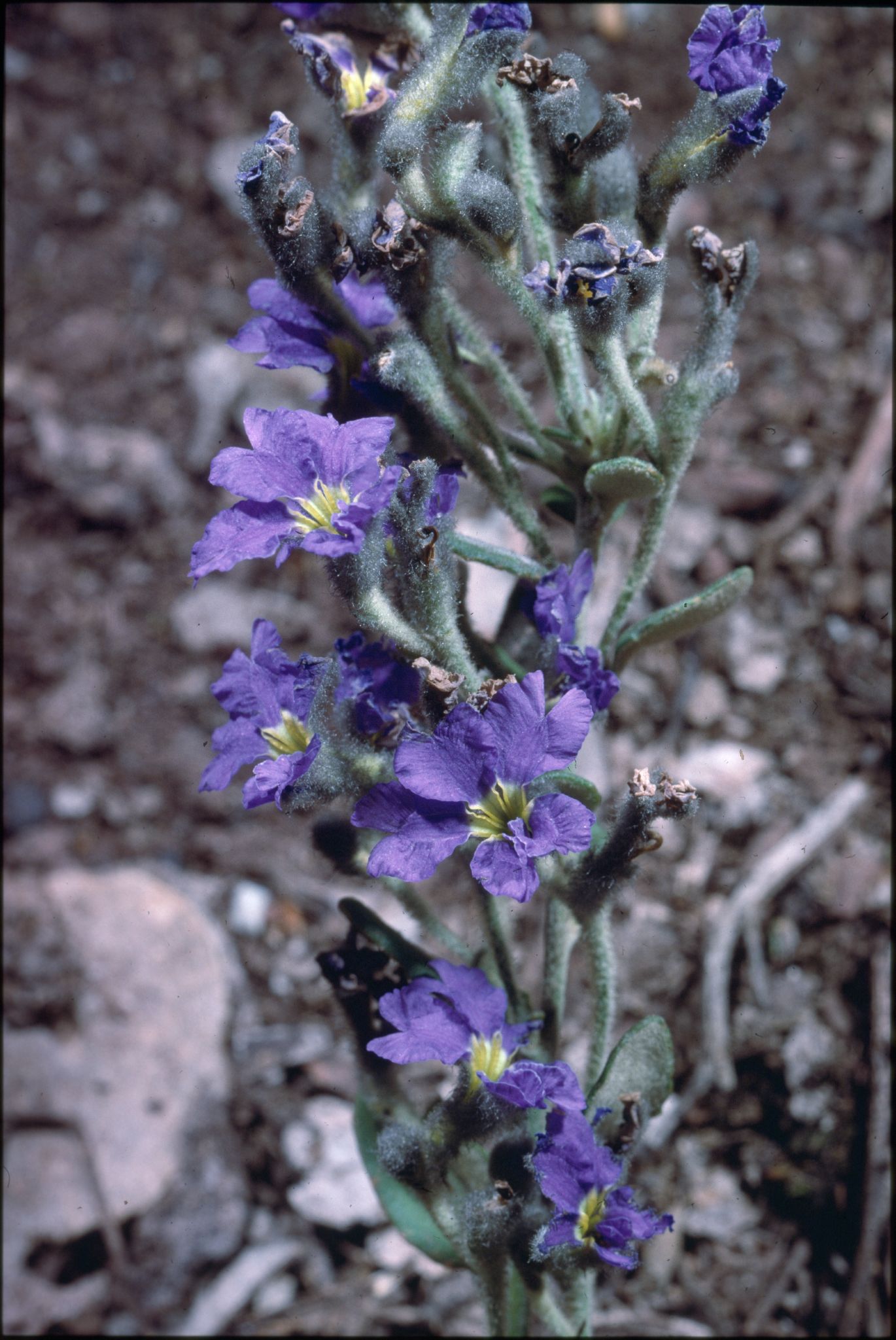