Herbs or shrubs. Leaves usually alternate, simple, entire, toothed or lobed, often with a tuft of hair at the base. Flower cluster terminal or axillary, occasionally with flowers solitary. Flowers mostly irregular and bisexual. Sepals 5 or 3, free or united. Petals 5, united, the tube usually split on the lower side (except Scaevola). Stamens 5, enclosed by ear-like protrusions on the petals (auricles). Ovary inferior to superior, 2-chambered, with axile or basal placentation. Style with a cup (indusium) at the tip into which the pollen is deposited before the flower opens. Ovules 1-several per chamber. Style with a pollen cup. Fruit a capsule or nut, sometimes drupe-like.

Several species have medicinal uses. A Goodenia ovata extract was used by Aborigines as a soporific for their children.

The style has a cup at the tip into which the pollen is deposited before the flower opens.

12 genera and about 400 species from tropical and warm countries but with a centre of distribution in Australia.

Key to the genera of Goodeniaceae 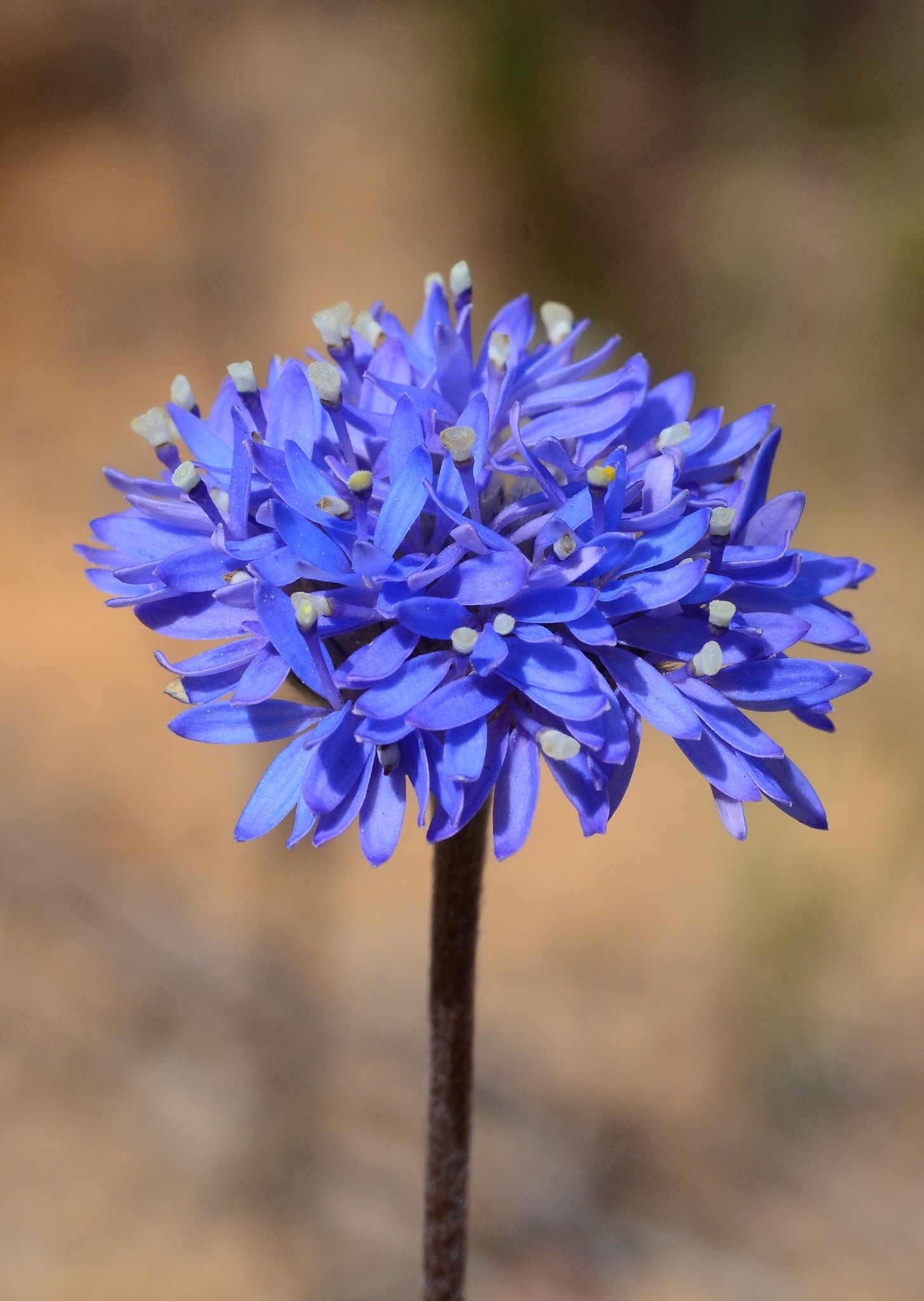