Derived from the vernacular name Catawba used by the American Indians of Carolina and Georgia for Catalpa bignonioides.

Deciduous or semi-deciduous trees generally with broad, spreading crowns. Leaves opposite or in whorls of 3, entire or shallowly 3-lobed, the lower surface with red glandular spots. Flower clusters terminal. Flowers more or less funnel-shaped and generally crepe-like, 2-lipped, with 2 lobes above and 3 below, the calyx 2-lobed or irregular. Fertile stamens 2, curved. Fruit a sickle-shaped cylindrical capsule containing flattened seeds with a tuft of hair at each end.

Grown as attractive, widely spreading, large-leaved trees, mostly in large older parks and gardens; not grown so much in recent years.

The pinkish purple-flowered C. fargesii Bur. from W China is occasionally grown as f. duclouxii (Dode) Gilm., which has purplish flowers, hairless leaves (at least on the lower surface) and fruit capsules to 80 cm or so long; it has been trialled by the Melbourne City Council.

Key to the species of Catalpa 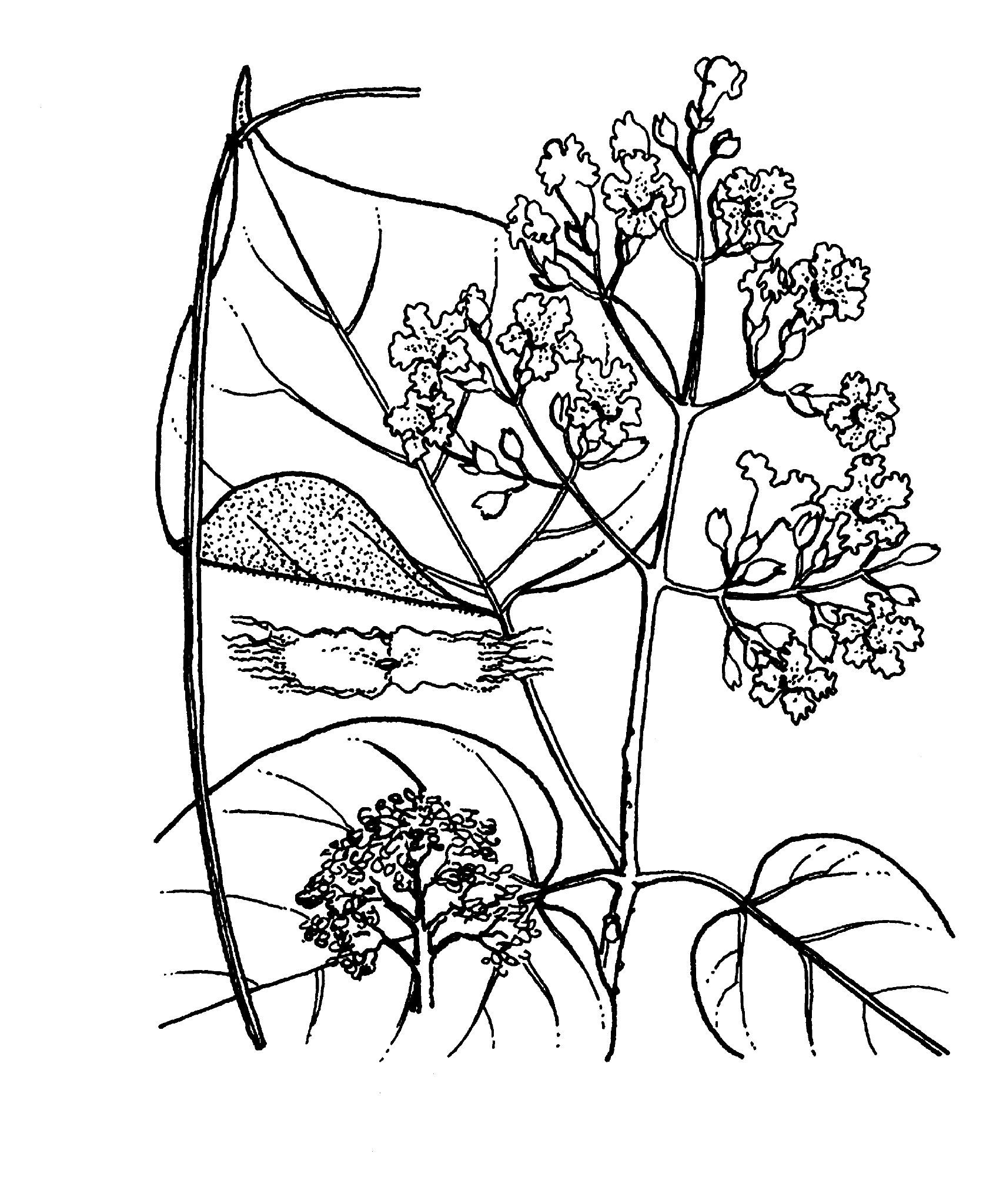