Closely related to the family Scrophulariaceae and with very similar flowers but differing in being mainly woody trees and climbers with winged seeds and compound leaves.

Rarely cultivated plants include the following. Arrabidaea DC. is a genus of about 50 species from tropical America. The only cultivated species, A. magnifica, has now been placed in the genus Saritaea as S. magnifica (W. Bull) Dugand. It is an ornamental vine with large rose to purple flowers. Chilopsis is a warm-climate shrubby plant grown as C. linearis (Cav.) Sweet, Desert Willow, from SE USA, California and Mexico and has white, pink or lilac flowers. Deplanchea tetraphylla (R. Br.) F.J.Muell. is native to northern Queensland and has leaves in whorls of 4. Kigelia pinnata (Jacq.) DC., Sausage Tree, from tropical Africa has leaves in 3s, each leaf of 7-9 leaflets, deep red flowers to about 8 cm long, and huge gourd-like fruits to 50 cm long hanging on extremely long stalks. It is occasionally grown in the tropics.Other tropical species grown in Queensland include Mansoa from tropical S America and Neosepicaea from New Guinea and Queensland. Stereospermum is a genus of tropical trees from Africa, SE Asia and the Malay Peninsula occasionally grown in warm-climate districts. Tabebuia is a genus of ornamental and timber trees from tropical America. Although rarely grown in SE Australia, they are grown in tropical areas, the species offered being T. argentea, T. avellanedae, T. chrysantha, T. chrysotricha, T. pallida, T. palmeri and T. rosea, which has a cultivar 'Alba'.

Catalpa and Tabebuia are sources of commercial timber.

A mainly tropical to subtropical family of about 112 genera and 725 species with a centre of distribution in N South America.

Key to the genera of Bignoniaceae 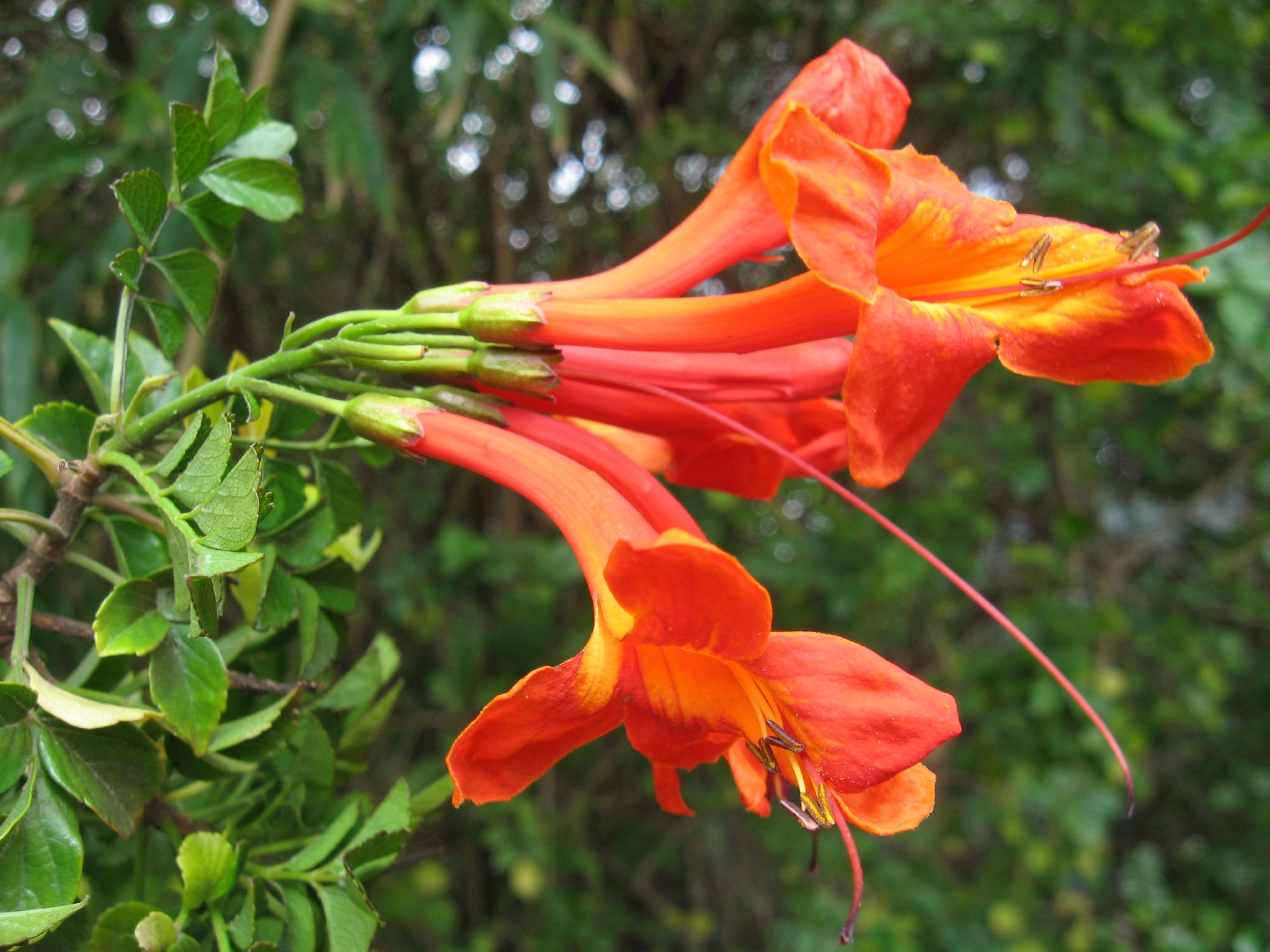